The iPhone 13, iPhone 13 mini, iPhone 13 Pro, and iPhone 13 Pro Max face many of the same problems because they share many parts, were released at the same time, and utilize 5G networks in the United States and abroad.

The list of iPhone 13 problems will grow. Some problems will get resolved by Apple and its partners via software updates, but we’ll continue to see issues pop up as people put more mileage on their device.

Below are the most common iPhone 13 issues, some potential fixes for the problems, places to find feedback about iPhone 13 performance, and a look at what’s in the iOS pipeline for these phones.

If you’re having issues activating your new iPhone 13, check Apple’s System Status page. If you don’t see a green symbol next to iOS Device Activation, you’ll want to wait until it’s green and then try activating your phone again.

If the symbol is green and the activation process still isn’t working, make sure you have a SIM card inserted in your iPhone. If you’re receiving a “No Sim” or “Invalid SIM” error, you’ll want to head over to this guide for assistance.

A number of iPhone 13 users are complaining about touch issues where the device’s display doesn’t respond to swipes and gestures.

We’re also hearing about 5G cellular data issues. Some users are saying cellular service is dropping unexpectedly. Others are complaining about the speed of 5G.

It’s important to note that 5G is still fairly new technology and coverage is still very inconsistent. Some of the frustrations with slow 5G performance should resolve over time as carriers like AT&T, Verizon, and T-Mobile build out their 5G networks.

If you’re thinking about moving to iOS 16, or if you’ve already made the move, take a look at our guide to the latest version of that software.

How to Fix iPhone 13 Problems

If you run into a problem on your iPhone there’s a very good chance you’ll be able to fix the problem yourself. In some cases, you may need to contact Apple support, contact your carrier, or take your phone into an Apple Store.

We’ve also released some tips to help improve your iPhone 13’s performance and a guide that could help you improve battery life if you think it’s draining faster than it should be. 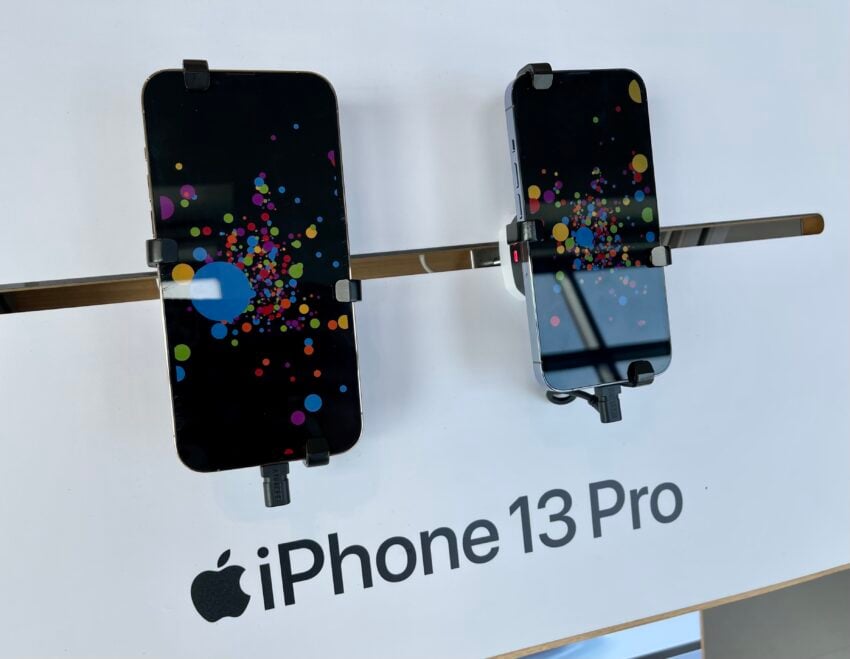 If you can’t find a fix in our guides, you’ll want to check Apple’s discussion forums and see if someone has a solution for whatever is ailing your phone.

If you’d rather get answers in person, you might want to take your phone into your local Apple Store and see if they can diagnose your problem. If you’ve got an Apple Store in your area, make sure you schedule a Genius Bar appointment.

If you’re dealing with software problems on your iPhone 13, iPhone 13 mini, iPhone 13 Pro, or iPhone 13 Pro Max, you can try downgrading your devices to the previous version of iOS if the option is available. Right now, it is.

If you’re unfamiliar with the iOS downgrade process our iOS downgrade guide will walk you through everything you need to know before you make the move.

If your device is struggling on iOS 16.3 or another version of iOS, you’ll be on your own for a bit.

iOS 16.3 was the last known upgrade in Apple’s iOS 16 pipeline and it’s unclear when the next version will roll out to iPhone 13, iPhone 13 mini, iPhone 13 Pro, and iPhone 13 Pro Max users.

We should see a new beta soon, likely iOS 16.4, so keep an eye out for new software as we push through the month.