Is Madden 17 worth buying? This is the main question our Madden 17 review will attempt to answer. We’ll also weigh in on if Madden 17 is fun to play online, in Madden 17 Ultimate Team and in other modes. This will help you decide if it is worth buying now, buying after a patch or if you should keep playing Madden 16.

The biggest complaint we hear with each Madden release is that it’s just a roster upgrade. That wasn’t the case last year, and the new Madden 17 features combine to deliver a more realistic game that is a lot of fun to play — even if it is a frustrating challenge in specific modes.

Give us five minutes and you’ll know if it is worth spending $60 on Madden 17. 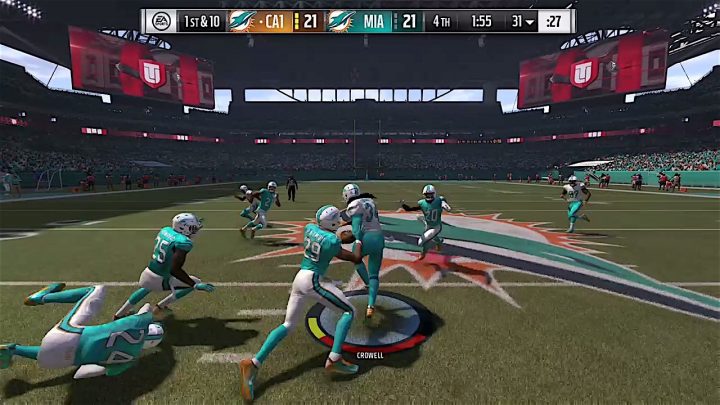 Is Madden 17 worth buying? Read our Madden 17 review to find out if it’s fun.

We play Madden 17 on the Xbox One, but the experience will be very similar on the PS4.

Is Madden 17 Worth Buying?

If you love football games and you want a beautiful looking game that is more realistic, with better special teams, an upgraded run game and stats that actually matter — Madden 17 is worth buying.

EA delivers important upgrades to Madden 17 Ultimate Team and to Draft Champions that make both of the game modes a little easier to get into and more fun to play.

The Aggressive catch is toned down even more than in Madden 16 patches and the run game is better than ever. Completing a pass with a mediocre team is a bigger challenge than ever and you will need to work with what you have and look for the smart play instead of going aggressive every play.

EA builds in more player assist options that makes it easier for a casual player to get into the game and enjoy it. These include hints on when to perform special moves and a running guide to show where you will go.

Tackle battles that require you to push a random button to break a tackle add to the fun of breaking out a big run or adding to your yards after a catch — putting more control in your hands. 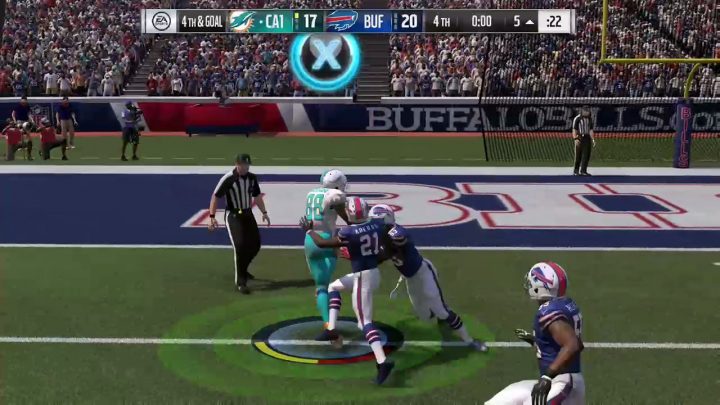 Tackle battles are a fun addition to the game that gives you more control of the outcome.

It currently feels like there are too many fumbles in Madden 17, including some dropped catches that the game rules a fumble instead of an incompletion. We hope that a Madden 17 patch will tune this to better reflect what we are seeing on the screen.

The new running options allow for speed and precision special moves that, when executed correctly, allow you to do much more to break out a run. As a running fanatic this is great news.

Catching and throwing in Madden 17 is a major challenge. This is especially true if you are using a low ranked team or you are starting out in Madden 17 Ultimate Team with a roster of mediocre ranked players. You need to think more about who you throw to and about the amount of time you take in the pocket. 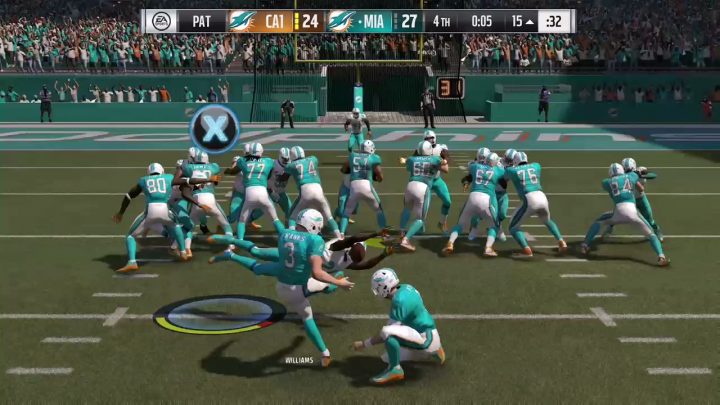 Special teams are exciting in Madden 17.

We love that special teams now includes options to fake and block, and that neither is a guaranteed success. Right now the balance of a successful fake and a successful block feels about right. Don’t expect it to happen every game, but you will have a chance at least every other gaming session.

Madden 17 includes a new field goal kick control that operates more like a golf swing. It is more challenging and forces users to actually pay attention to field goals and extra points. If you call a time out to ice a kicker the controls fade away leaving your opponent to guess.

The new ball physics and the swat mechanic deliver a more realistic play that doesn’t leave you trying to go for the pick every play. Swat the ball and it will bounce into the air to leave an option open for your team mates to get the catch.

Upgraded ball physics also come into play in the pocket. If your QB is hit there is a greater chance of a fumble and if their arm isn’t coming forward you can bet on a turnover. 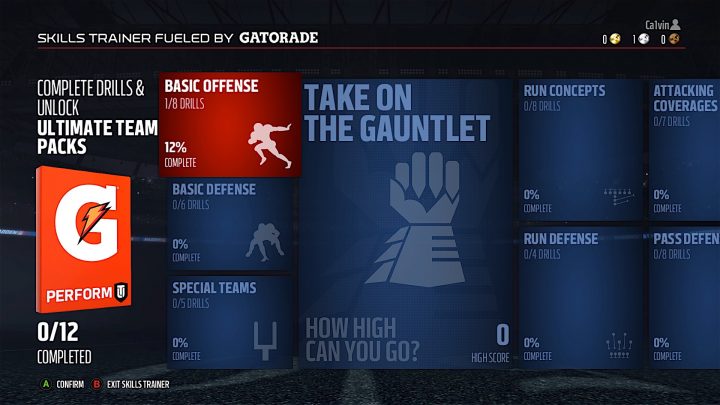 Plenty of reason to spend time in Draft Champions and Madden 17 Ultimate Team.

Madden 17 Ultimate Team gets a revamp with new chemistry that replaces the team style, and you can see what players influence the chemistry as you build your team. It takes some getting used to and you’ll need to spend time collecting the right players to build your team — but it is already better than team style.

The Madden 17 Ultimate Team Solo Challenges include new options that finally include better commentary. When you are in a challenge the commentators know the specific situation you are playing in and won’t question why someone is going for it when they are down with a minute left in the fourth like they did in every Madden 16 solo challenge. Unfortunately when you play the shorter moments outside of the Gauntlet the out of context commentary comes back.

EA made a big deal about the new commentary and while it is better than Madden 16, the repetitiveness in Ultimate Team and in other game modes shows there is still room to improve.

There are changes to Connected Franchise Mode that some users will appreciate, but we are hearing about incorrectly recorded wins and losses. We don’t play this game mode, but if it is important to you — wait for the first patch. 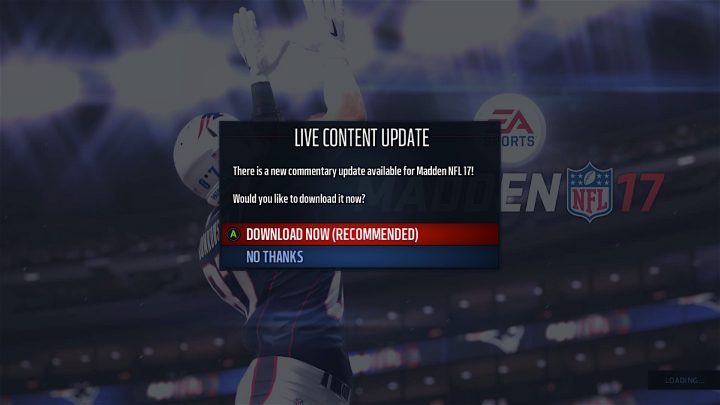 There are some hotfixes but you’ll need to wait for a full Madden 17 patch.

Madden 17 isn’t perfect, but it is easily the best football game I’ve played on the Xbox or PS4. It’s a game that is worth buying if you want to play against friends, build a team in Ultimate Team or dominate in Draft Champions.

We’ll update this review as we play more games online and get deeper into Ultimate Team. Expect tuning and commentary updates frequently along with the first Madden 17 patch in early September.

If you already own Madden 16, you can see how it compares and what’s new in Madden 17 in the slides below.