Mario + Rabbids Kingdom Battle will offer Nintendo Switch owners a new way to experience two of gaming’s most interesting franchises with one purchase later this summer.

Ubisoft and Nintendo worked together to create a game that’s unlike anything players of the Mario or Rabbid franchises have seen before. A vortex has mixed each world together. Mario, Princess Peach and Luigi find that their kingdom is suddenly full of Rabbids. They team up with these Rabbids to shut down the vortex and put things back to normal. 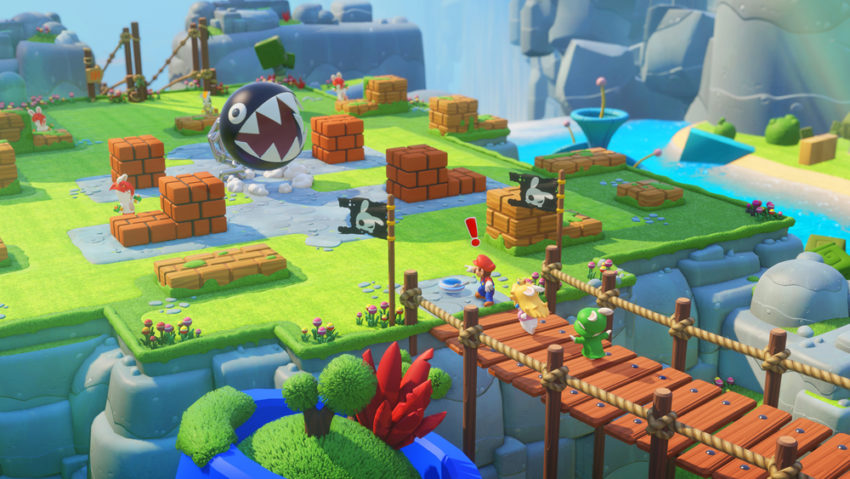 The Mario + Rabbids Kingdom Battle release date is August 29th. The game launches worldwide on that day, Nintendo and Ubisoft won’t restrict it to certain territories. This game is only for the Nintendo Switch.

Mario + Rabbids Kingdom Battle takes gamers around the Mushroom Kingdom. They don’t explore on their own. Instead, they have a party of other characters that travel with them. There are four different areas in the game’s open-world, Ubisoft says. When not exploring, gamers use new weapons to defend themselves.

Luigi, Princess Peach and Yoshi join Mario in the game. Rabbid Mario, Rabbid Luigi, Rabbid Peach and Rabbid Yoshi each have personalities that add some color to the game, Ubisoft says. Rabbid Mario likes to boast. Rabbid Luigi is afraid of everything. Rabbid Peach is sassy, and Rabbid Yoshi is crazy. These Rabbids travel with the player’s party and battle beside the heroes from Mario. The game has 250 weapons to choose from. Finding the best weapon for each character is important.

The Nintendo Switch lets gamers play their favorite titles on their television and away from home. Mario + Rabbids Kingdom Battle players can begin a session at home and continue to play with the Joy-Cons docked to the side of their console.

Mario + Rabbids doesn’t have any multiplayer features that rely on Switch Online Service.

Mario + Rabbids Kingdom Battle pre-orders are available at Best Buy, GameStop and Amazon. Everyone that pre-orders the game gets the Pixel Pack. This pack unlocks 8 different weapons for all characters in the game to use. 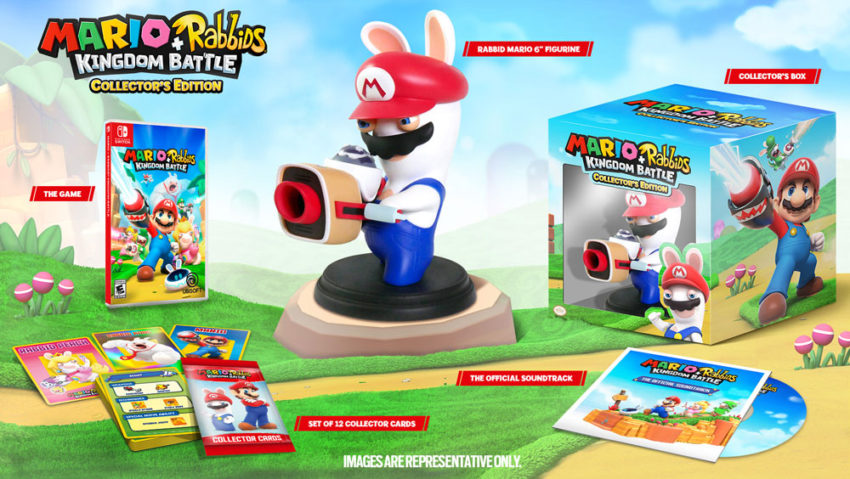 Mario + Rabbids Kingdom Battle works with Amiibo. Amiibo figures let gamers add new weapons, characters and power-ups in most Nintendo-made titles. We’re not sure which figures will unlock items in the game.

Ubisoft could have more of Mario + Rabbids Kingdom Battle to show off before the game’s August 29th release date. Nintendo will want to highlight any exclusive games arriving this summer to lure over new console buyers. Splatoon 2, another Nintendo Switch exclusive game, launches in July.