2K Sports has released this year’s version of the 2K Prelude and the NBA 2K20 demo allows you to try a portion of the game ahead of its release this September.

There isn’t an early NBA 2K release date this year which means the only way to play NBA 2K20 before its official release on September 6th is via the NBA 2K20 demo.

Like the Preludes before it, the NBA 2K20 demo isn’t the full version of the game. Instead, it lets you to try a smart part of the game. It also might help some of you decide if the full game is worth buying.

If you’re planning to try NBA 2K20 before the official release date, here are the most important things you need to know right now about the demo’s release date, features, and more.

The full version of NBA 2K20 lands on September 6th for those who buy any version of the game from a retailer like Amazon, Best Buy, GameStop, NewEgg, and Walmart.

The demo is available right now. 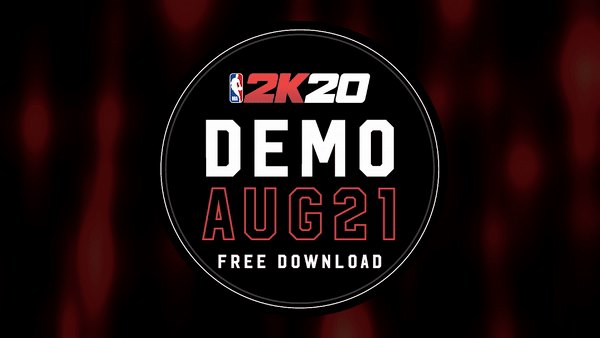 The NBA 2K20 demo went live on August 21st at 8AM PT. For more information on how to get it, take a look at our NBA 2K20 download guide.

The full version of NBA 2K20 is officially headed to five platforms: Xbox One, PlayStation 4, Windows PC, Nintendo Switch, and, Google Stadia. We expect a release for iOS and Android as well.

Unfortunately, the NBA 2K20 demo is limited to just three of those platforms: Xbox One, PlayStation 4, and the Nintendo Switch.

We don’t expect a release for Windows PC at this time.

Now that the demo is out, we know how big the download size is.

If you’re planning to play the demo on a PlayStation 4, you’re looking at a 17GB download. If you’re playing on the Xbox One, your download is approximately 16GB.

If you’re running out of storage space, think about buying an external hard drive. The Samsung T5 Portable SSD is one of our favorites and the WD My Passport 4TB is a solid budget option.

For more on the NBA 2K20 demo download, please take a look at our guide.

The NBA 2K20 demo allows you to get an early start on the game’s MyCAREER career mode which includes the all new MyPLAYER builder.

In the demo you’re able to try out multiple MyPLAYER configurations in an effort to create the player that best fits your play-style.

Your character will then carry over to the full version of NBA 2K20, should you choose to buy it, when it launches in September.

How Much Does the NBA 2K20 Demo Cost?

You don’t have to pre-order a copy of NBA 2K20 to play the demo. The NBA 2K20 demo is a free download for all Xbox One, PS4, and Nintendo Switch owners.