EA released the Madden 17 17.0.3 update to the PS4 and Xbox One early on September 2nd. These updates contain the same fixes, and they are now available to download on current generation consoles. Even with the update there is the potential for Madden 17 problems.

PS4 owners have a large 4.8GB Madden 17 patch while Xbox One users only need to download a 368MB Madden 17 update. This brings both systems to the Madden 17 17.0.3 update. There is no confirmation of updates for the Xbox 360 or PS3. 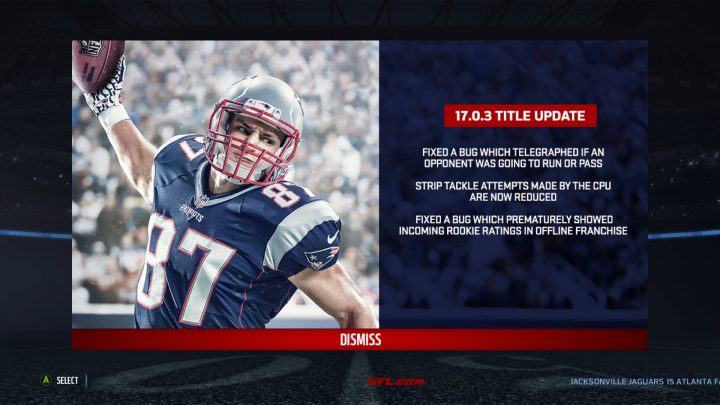 When you start Madden 17 next you will be prompted to download and install this update. If your console is set up to automatically download updates in the background it may be waiting for you when you go to play next. PS4 owners especially should plan ahead since that is a major update that could take a long time to download.

There are many changes in the Madden 17 update to 17.0.3, but we are waiting for the official patch notes to arrive and list each individual change. Thanks to the update screen and to EA employees we know a lot about what the September Madden 17 update offers. 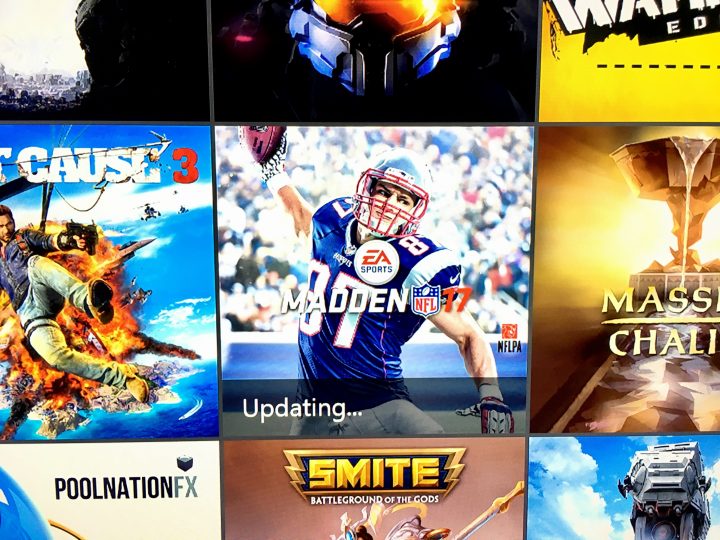 There is no need to reset online and offline franchises for these changes to go into effect on your system.

These are just the Madden 17 update changes that we know from Clint Oldenburg, Designer for Madden 17 and from Rex Dickson, Creative Director for EA Sports Madden. Both of these individuals shared this information on Twitter. We expect detailed Madden 17 17.0.3 patch notes later today.