Today we want to take a close look at the most important things to know about Nivelle Nights and Prise de Tahure, the free Battlefield 1 maps coming to Xbox One, PS4 and PC later this year.

As we push into 2017, DICE continues to release new content for Battlefield 1. In March, DICE released the first Battlefield 1 DLC dubbed They Shall Not Pass. In April, the company released a major update with new features, bug fixes and tweaks designed to improve the overall quality of the game.

In December, DICE released a free map called Giants Shadow. The map arrived alongside a base game update. Giant’s Shadow is available to anyone, not just those who’ve picked up the $50 Battlefield 1 Premium Pass.

DICE has confirmed two more maps that appear to fall outside of the game’s DLC. One is called Nivelle Nights and the other is called Prise de Tahure.

With excitement starting to build, we want to go over the most important things you need to know about these free Battlefield 1 maps including the Nivelle Nights release date, their content, and how to try them ahead of time.

What is Battlefield 1 Nivelle Nights?

Nivelle Nights is a free map that features the French and German armies battling against one another under the cover of darkness. Yes, this is the first Battlefield 1 map set at night.

The map, which is set in Chemin des Dames in 1917, features the muddy battlegrounds around Malmaison and Soupir in France.

The map features trenches, searchlights, the glowing moon, and lots of mud. The video below will give you an up close look at the map’s topography, spawn points, and capture points if you’re interested in those.

The company continues to refine the map ahead of its public release and the latest change log includes some tweaks based on user feedback. It also includes some new game modes. 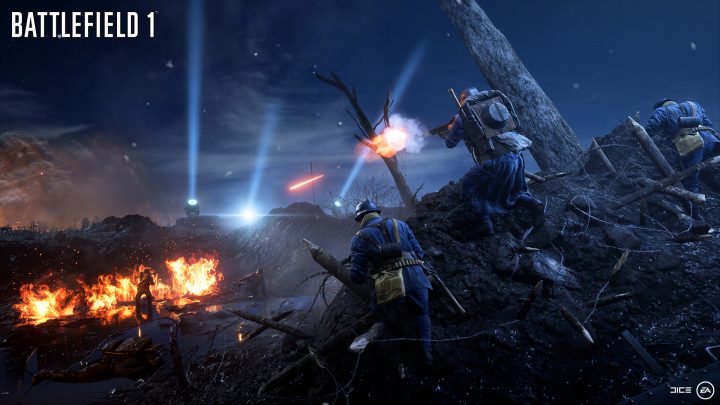 In its initial announcement, DICE confirmed the map will be coming in June for Premium Pass holders. It didn’t say anything about a release for everyone else.

That’s obviously caused a stir in the Battlefield 1 community and many Xbox One, PS4 and PC owners are frustrated.

It wouldn't make sense at all. I think that #BF1 Premium Pass owners will have "early access" starting in June. My opinion.

Some believe Nivelle Nights will eventually be released (like Giant’s Shadow) to those without a Premium Pass.

Premium Pass holders and people who pre-ordered Battlefield 1 got Giant’s Shadow, DICE’s other free map, a week before everyone else.

At this point, we expect Nivelle Nights to serve as the bridge between They Shall Not Pass and the next piece of Battlefield 1 DLC.

In the Name of the Tsar is the second Battlefield 1 DLC and it will bring the Russian army, four new maps, new weapons, and more to Xbox One, PS4 and PC.

The In the Name of the Tsar release date is confirmed for “late summer” which means we have a few months to go before it’s released to the public.

After that, DICE will release the Turning Tides DLC, the Apocalypse DLC, monthly patches, and, if we’re lucky, more free maps that fall outside of the DLC expansions.

What is Battlefield 1 Prise de Tahure?

In its Summer of Battlefield announcement, DICE confirmed another map that appears to fall outside of the game’s DLC. 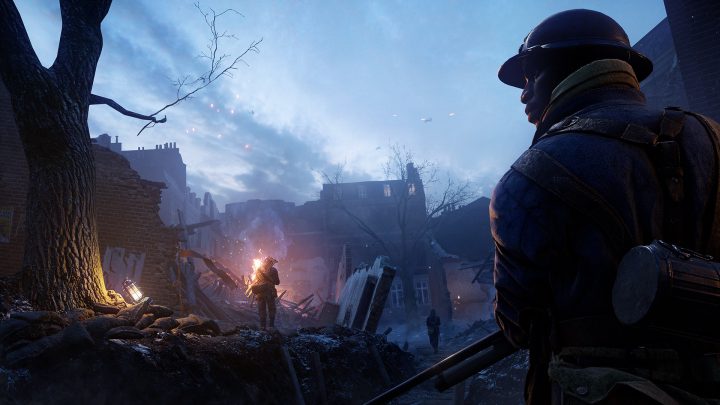 The map is called Prise de Tahure and it’s set in the fall after the Nivelle Offensive. Here’s how DICE describes the map:

…Prise de Tahure sees French troops desperately holding on to re-captured heights in the Butte-de-Tahure region. The frontline trench networks cut right through several villages facing obliteration from the constant skirmishing between German stormtroopers and French raiders. This is a war of attrition. Adaptability and tactics are the means to wear your adversary down.

The developer has released a few screenshots but we’ll get to see the map in action in the near future. The company plans to test it ahead of a wider release for Xbox One, PS4 and PC.

The name is official and we know the setting but the free Prise de Tahure map doesn’t have an official release date for Xbox One, PS4 or PC. Those details will come later it seems. 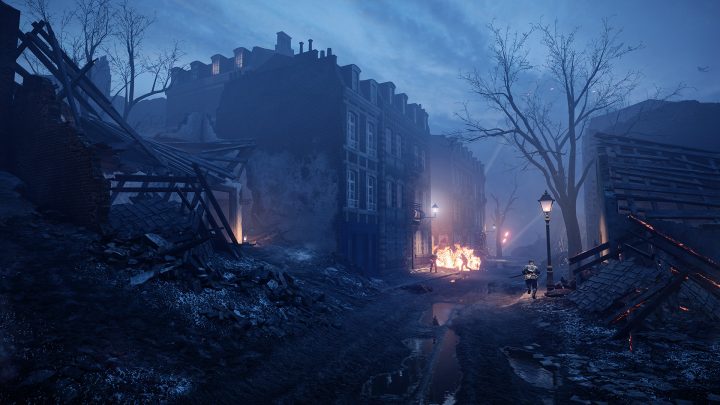 DICE plans to put the Prise de Tahure map into the Battlefield 1 CTE ahead of its release date so we probably have a few weeks to go before its officially released.

Given that it was included in the company’s Summer of Battlefield 1 announcements, we expect it to be out sometime this summer.

The Nivelle Nights testing is winding down but you’ll soon be able to try Prise de Tahure, provided you’re a member of the Battlefield 1 CTE.

DICE plans to release the Prise de Tahure map into the Battlefield 1 Community Test Environment (CTE) in the near future.

The Battlefield 1 CTE is currently limited to Windows PC users but DICE will open it up to the Xbox One and PS4 at some point down the road.

There are a few reasons to try the Prise de Tahure map before its release:

Look for official details to emerge in the near future.