iOS 13.1.1 serves as the first maintenance upgrade for the company’s new operating system. It’s much smaller than the iOS 13.1 update that Apple released earlier this month.

If your phone is currently running iOS 13.1, you get the shortest list of changes and the smallest download size. If you’re moving up from iOS 12.4.1 or another version of iOS 12, your iOS 13.1.1 update will be more substantial because the changes from the updates you skipped are baked in.

With that in mind, we want to guide you through the most important things to know, right now, about Apple’s iOS 13.1.1 update for iPhone.

We’ll start with our quick impressions of iOS 13.1.1’s performance.

If you’re currently running iOS 12 or iOS 13.0, you’ll see a larger download size because, again, your iOS 13.1.1 update brings the features and fixes from the updates you missed.

If you’re already on iOS 13.1, the iOS 13.1.1 installation could take less than 10 minutes to complete. It took about seven minutes to install on the iPhone X.

For more on the iOS 13.1 download and installation, take a look at our guide. 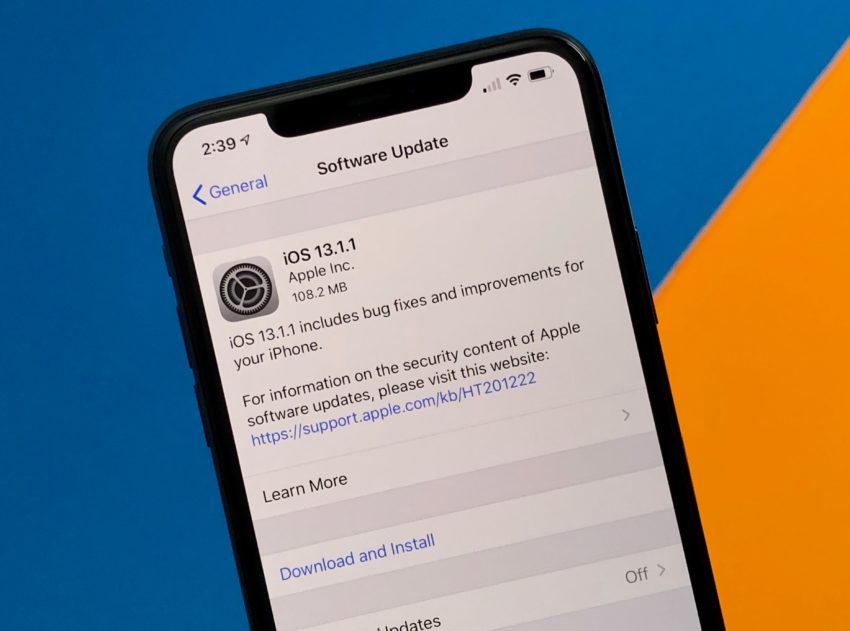 We’ve been using the iOS 13.1.1 update on the iPhone for a short time and here’s what we’ve found:

If you’re struggling with bugs or performance issues on iOS 13.1, 13.0, or another version of iOS, you might want to install iOS 13.1.1 right now. It could stabilize your device’s performance.

If you need help making a decision, check out our reasons to, and not to, install the iOS 13.1.1 update on your iPhone right now.

We’re in the process of publishing our iOS 13.1.1 reviews for the iPhone X, iPhone 8, iPhone 7, iPhone 6s, and iPhone SE so check those out for additional feedback.

iOS 13.1.1 fixes several glaring issues, but it’s also causing problems for some iPhone owners. Some of these issues are brand new and others have carried over from iOS 13.1, iOS 13.0, and iOS 12.

If you can’t handle iOS 13.1.1’s performance on your phone, you can try downgrading it to an older version of iOS.

Apple is signing on iOS 13.1, iOS 13.0 and iOS 12.4.1 which means you can use a loophole to downgrade your phone. These options will only be available for a short time so if you want to move your phone off iOS 13.1.1, you’ll need to move quickly.

Unlike iOS 13.1, the iOS 13.1.1 update doesn’t bring any new features. Instead, it’s focused on improving the operating system with security patches and bug fixes.

iOS 13.1.1 brings a fix for a third-party keyboard issue Apple revealed earlier this week. You can read about the security patch on Apple’s website.

If you are dealing with any of these issues, you should update right now.

If you still jailbreak your iPhone, make sure you avoid iOS 13.1.1. The only way you can jailbreak a device right now is if it’s running iOS 12.

Jailbreak developers have teased iOS 13 jailbreak tools, but don’t expect them to release a tool that’s compatible with iOS 13.0, iOS 13.1, or iOS 13.1.1 in the near future.

Apple hasn’t confirmed the next version of iOS 13, but we expect the company to roll out a new beta soon.

We expect Apple to bring them to the iPhone inside a x.x milestone software update, probably iOS 13.2, sometime before the end of the year.