iOS 13.1 serves as the first milestone upgrade for the company’s new operating system. As such, it brings a fairly long list of changes to iPhone users including Share ETA and design updates to emoji characters.

If your phone is currently running iOS 13.0, you get the shortest change log and the smallest download. If you’re moving up from iOS 12.4.1 or another version of iOS 12, your iOS 13.1 update is far more substantial because iOS 13.0’s changes are baked into your upgrade.

With that in mind, we want to guide you through the most important things to know, right now, about Apple’s iOS 13.1 update for the iPhone.

We’ll start with our quick impressions of iOS 13.1’s performance.

If you’re moving your iPhone up from iOS 13.0, you’re looking at a sizable download. The iOS 13.1 update is a 500MB download for the iPhone 11 Pro Max and it’s around the same size for other iPhone models.

If you’re currently running iOS 12, you’ll see a larger download size because, again, your iOS 13.1 update brings the features and fixes from the updates you missed.

If you’re on iOS 13,0, the iOS 13.1 installation could take less than 10 minutes to complete. It took about seven minutes to install on the iPhone X and iPhone 11 Pro Max.

For more on the iOS 13.1 download and installation, take a look at our guide. 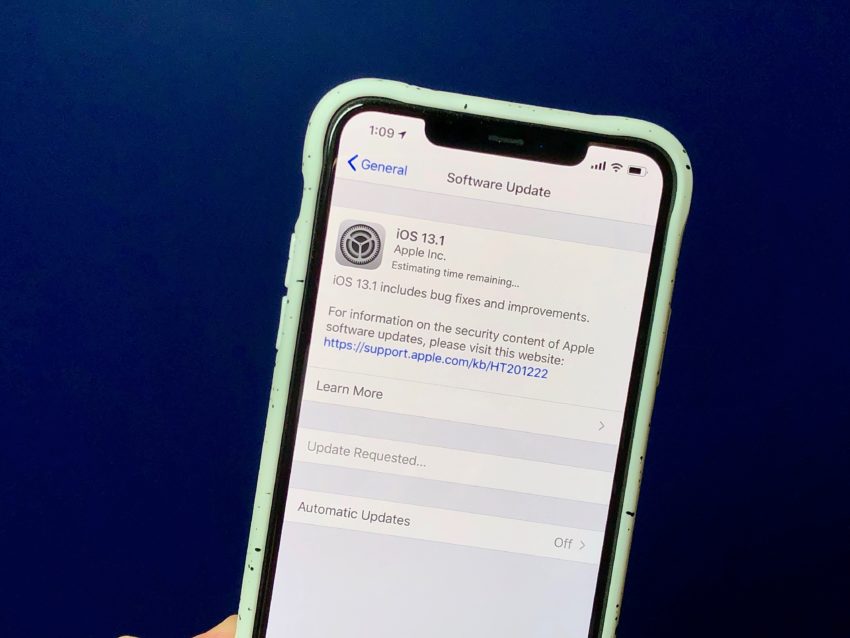 We’ve been using the iOS 13.1 update on the iPhone for a short time and here’s what we’ve found:

If you’re dealing with bugs or performance issues on 13.0 or another version of iOS, you might want to install iOS 13.1 right now. It could stabilize your device’s performance.

If you need help making a decision, check out our reasons to, and not to, install the iOS 13.1 update on your iPhone.

We’ve also published our iOS 13.1 reviews for the iPhone X, iPhone 8, iPhone 7, iPhone 6s, and iPhone SE so check those for additional feedback if you need it.

iOS 13.1 fixes a number of bugs, but it’s also causing problems for some users. Some issues are brand new, others have carried over from iOS 13.0 and iOS 12.

If you can’t handle iOS 13.1’s performance on your device, you can try downgrading.

Apple is currently signing on iOS 13.0 and iOS 12.4.1 which means you can use a loophole to downgrade your phone. These options will only be open for a short time so if you want to move you’ll need to move quickly.

iOS 13.1 brings back some features that were removed during the iOS 13 beta testing process over the summer. These include the Automations feature in Shortcuts and Share ETA. 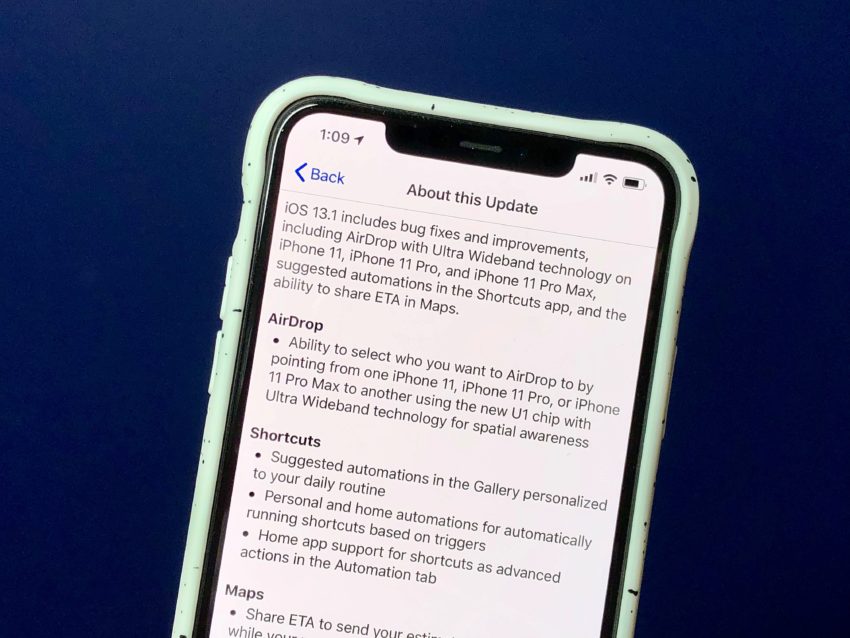 The iOS 13.1 update also includes bug fixes and other improvements:

If you still jailbreak, make sure you avoid iOS 13 and the iOS 13.1. The only way you can jailbreak a device right now is if it’s running iOS 12.

Jailbreak developers have teased iOS 13 jailbreak tools, but don’t expect them to release a tool that’s compatible with iOS 13.1 in the near future.

We expect Apple to bring them to the iPhone inside of a x.x milestone software update, probably iOS 13.2, sometime before the end of the year.

Apple’s also warned iOS 13 users about a third-party keyboard issue in the operating system. The company says it will fix the problem in an upcoming software update, but it hasn’t confirmed a version or release date.