Android 8.0 and Android 8.1 Oreo problems are plaguing the Nexus 5X, Nexus 6P, and Pixel C tablet. If your device starts acting up, try a fix from our list before downgrading to Android Nougat or contacting Google’s customer support.

Google’s Android 8.1 Oreo updates go through testing, but problems have slipped through the cracks into the most recent version rolling out to Nexus and Pixel devices.

As we push away from the new Android 8.1 build’s release date the list of problems continues to grow. We’re hearing about a vast array of issues including severe battery drain, broken Wi-Fi, busted Bluetooth, problems with first and third-party applications, lag, reboots, and more.

Google will, at some point, roll out additional bug fix updates to Pixel and Nexus users. However, it’s unclear how long users dealing with issues will be waiting.

The company hasn’t confirmed Android 8.1.1 or Android 8.2 and we aren’t expecting either update to emerge now that Android 9.0 Pie is official. That means those of you dealing with Android 8.0 or Android 8.1 issues could be on your own for long stretches.

Today we want to go over some of the common Android 8.0 and Android 8.1 Oreo problems impacting the Nexus and Pixel series and highlight some potential fixes for those in need.

Installation issues are among the most prominent Android 8.1 Oreo problems plaguing Nexus and Pixel users.

If you’re attempting to sideload Android Oreo on your phone or tablet, take a look at our in depth guide. It will take you step-by-step through the process which could help you alleviate your issue.

If you don’t consider yourself a power user, we recommend waiting for the Android 8.1 Oreo update to roll out Over-the-Air.

If you’re having trouble installing the OTA version of Android Oreo, the first thing we recommend is a quick restart. Power your phone down and then turn it back on and try again. If the update is hanging, take a look at this guide.

If a restart doesn’t work, try letting your device’s battery run out. Once the battery dies, recharge the device to 100% and try the installation again.

If you’re noticing severe or abnormal battery drain after getting Android 8.1 Oreo on board your device there’s no need to panic. You should be able to fix the issue in a matter of minutes.

To assist you we’ve put together a guide that takes you through fixes, and tips, to improve Android 8.0 or Android 8.1 Oreo battery life on your phone or tablet.

Android 8.1 Oreo is plagued with widespread Bluetooth issues and some of them will probably require a fix from Google. That said, you can try and fix the issues on your own right now.

If your Bluetooth connection(s) starts acting up, try turning Bluetooth off and then back on again, You can do that from Quick Settings or from within the Settings app.

If that doesn’t work, and it might not, go in and forget the Bluetooth connection causing you problems. Head into your Settings and Connected devices and select Bluetooth. Tap on a device and forget the connection. Reconnect. 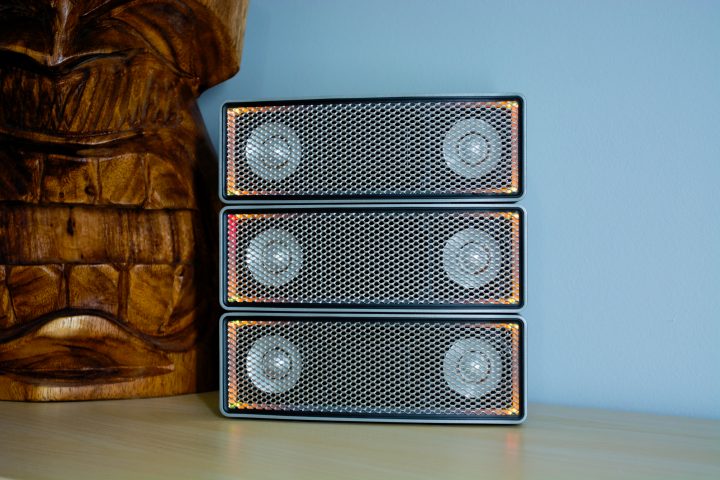 Now try resetting your network settings. Go into Settings and select System then tap Reset. At the top of this screen tap Network settings reset. On the next screen, tap Reset Settings.

If this doesn’t work, try booting your device in Safe Mode. Safe Mode will disable third-party apps and help you isolate potential culprits. There’s a chance one of your apps is causing the problem. If you aren’t familiar with the process, follow Google’s instructions.

Wi-Fi problems are extremely common Android issues and they can popup anytime without warning.

If you start noticing slow speeds or dropped connections you’ll want to check your router. Unplug your router for a solid minute and then plug it back in to see if your issues are resolved.

If you know it’s not your router or you’re in a public place where you can’t unplug the router you’re using, you’ll want to head into your device’s settings.

Go into your Settings and into Network & Internet. From there, tap Wi-Fi and then tap on the network name. You should see a big button that says Forget Network. You’ll want to tap that but not before tracking down the network’s password. Forgetting the network will force you to reenter the password.

If this doesn’t work try resetting your network settings. Go back into Settings and select System > Reset. At the top of this screen you’ll see Network settings reset. Tap that. Tap Reset Settings at the bottom of the screen.

If those don’t help, we recommend updating your applications. If updating doesn’t fix your issue, boot your device into Safe Mode to disable third-party apps. Apps have been known to cause connectivity problems.

Charging problems almost always popup after major Android releases and we’ve already seen a few complaints from Nexus and Pixel users. Fixing these issues can be tricky and time consuming but here are a few things to try if you encounter slow charging speeds or if charging suddenly stops.

You also might try swapping out the wall charger for a USB cable. Plug your Nexus or Pixel device into a computer and let it charge.

If you can manage, charge your device up to 100% battery. Once it gets a full charge, let the charge deplete itself. Before the battery gets down to 0%, maybe around the 5% mark, charge the battery up to 100% again. Repeat this three to four times and charging could return to normal.

Fixing data issues can be extremely tricky, but here are a few things to try if your connections become unreliable with Android 8.1 Oreo on board.

If you’ve checked for outages at Google/your carrier/app provider and you aren’t seeing widespread complaints from other users, power down your device and turn it back on and see if that helps restore your connectivity.

If it’s still busted, try switching your device to Airplane Mode. This will turn off all of your connections. Flip it back on after a few moments and check again.

If that doesn’t help, go into your Settings. Go to Network & Internet and tap on Mobile network. Try toggling cellular data and LTE off and on.

If you’re still unable to get a fast, reliable connection, you’ll need to 1) get in contact with your carrier or Google or 2) factory reset your phone or tablet.

We’ve put together a list of simple tips that could help you get a handle on Android 8.1 Oreo’s poor performance. Start there if you don’t know where to turn. 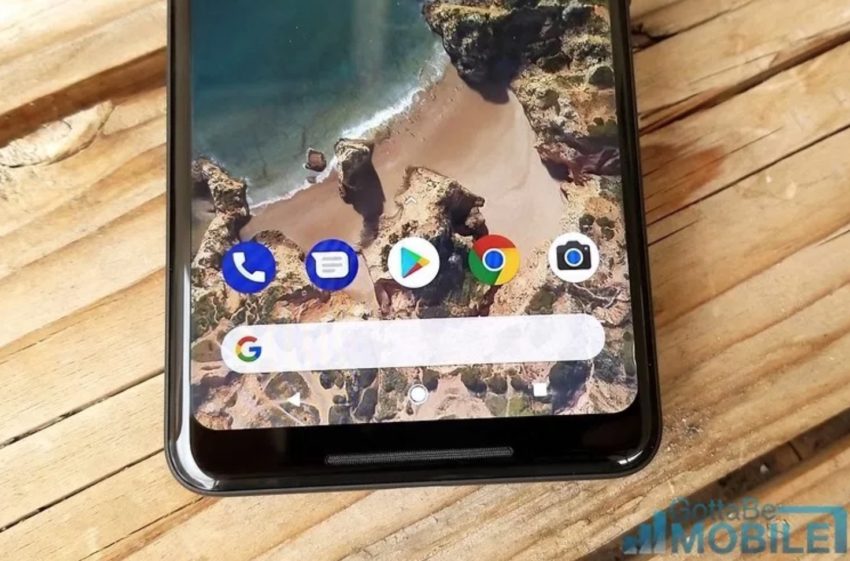 If those fixes don’t help, you can try using an application like Qualcomm’s Trenpn Profiler to monitor your device’s CPU activity. You can also monitor your memory usage within Android Oreo.

You can check memory usage of your apps and services in Settings then Apps & notifications then App Info. Tap on an app and scroll down to where it says Memory. If an app is using a ton of memory, you might want to limit it or delete it.

Some Nexus and Pixel users are running into issues with their apps and services after installing Android 8.0 Oreo. App issues are extremely common after major Android releases.

First, we recommend restarting your phone or tablet. Hold down the power button and then power it back on after waiting a few seconds.

If an app starts acting up, check for an update. Developers are rolling out support updates and there’s a good chance the new version of the app will alleviate your issues. Just remember to read reviews from Android Oreo users before installing. Some updates will help but others might make things worse.

You can also try force stopping the app. This will completely shut the app down and kill services it’s using in the background. To Force Stop an app in Android Oreo, go into Settings, Apps & notifications, and tap on the app’s name from the list. On the next screen, tap the Force Stop button.

If none of these work, and you can’t find anything on the developer’s forums/website (for instance, SoundCloud’s community forum or Spotify’s help page dedicated to Android problems), get in contact with the application’s developer.

If your device’s sound suddenly cuts out you’ll want to restart your phone. If you aren’t getting sound in a particular app, close the app and try again. If that doesn’t help try reinstalling the app/updating it with the latest bug fixes.

If those fixes don’t work, boot the device into Safe Mode. This will disable any third-party applications on board and it could help you narrow down a culprit.

We also recommend taking a peek at your speaker grille to look for debris. If you notice a substance collecting in the grille, carefully remove and check your sound again.

If your Nexus or Pixel is randomly rebooting itself, here are a few remedies to try before contacting Google for a potential replacement or fix.

First, try restarting your device.This has worked for us many times in the past.

If a simple restart doesn’t fix the problem, try updating your applications. You might also want to wipe out app data and the cache. Here’s how to do that.

Grab your device and head into Settings and Apps & Notifications. Select App info and you’ll get a list of apps currently installed and disabled on your device. Tap on an app to bring up a new menu.

If these problems persist, get in contact with Google customer service.

How to Fix Android Oreo Problems If Nothing Works

If none of these fixes work (and for the record we didn’t guarantee they would), you’ll need to turn elsewhere or, some cases, go nuclear.

If you don’t find a fix here we recommend looking at Google’s Nexus Help Forum or the Pixel Help Forum if you own a Pixel or Pixel XL.

If you still can’t find a fix, you might try downgrading to Android Nougat. This can be time consuming and difficult for novice users. If you want to downgrade back to Android Nougat, take a look at this walkthrough from the Nexus Help Forums.

If you’d prefer to stay on Android Oreo we recommend performing a factory reset to see if that helps. This could iron out all of your issues though it does require quite a bit of time to complete.

Factory resetting your device will wipe out the files on board your phone or tablet so make sure you backup all of your important date before you initiate the process.

Upgrading to Google’s Android Pie update is also an option for Pixel and Pixel 2 users though Google’s latest update is plagued by its own set of problems.