The Destiny 2 Forsaken expansion is finally here alongside a new Annual Pass. This is what you need to know about Forsaken, and the other new Destiny 2 content.

Destiny 2 Forsaken is a new Destiny 2 DLC that brings a western vibe to the game and it’s coming alongside an Annual Pass option on September 4th. there are still many things under wraps, and that you’ll learn as the game expansion arrives, but we are here to help you fill in the details and learn more about the Destiny 2: Forsaken release date.

Here is what you need to know about the different editions, release information, videos deals and everything we know about the Destiny 2: Forsaken Exotics.

The Destiny 2 Forsaken release date is September 4th on PS4 and Xbox One. This comes after Labor Day weekend, and there is no way you can play it early while you have downtime for the extended weekend in the U.S.

This is a mid-day release, as you will be able to start playing at 1 PM Eastern, 10 AM Pacific on Tuesday. You can play Gambit early starting on September 1st if you pre-order Forsaken on your console. This is a new PVP/PVe hybrid mode that is tied into Forsaken.

The Destiny 2 servers will go down on September 4th at 7 AM Pacific, 10 AM Eastern to prepare for the new content. Hopefully the downtime doesn’t last past 1 PM Eastern.

The Last Wish raid will not go live immediately. Players can level up to prepare for it, instead of diving right in. You can play the Last Wish on September 14th at 10 AM Pacific, 1 PM Eastern.

You can buy the Destiny 2 Forsaken DLC for $39.99 and get a lot of content, but you can also spend up to $80 on Forsaken, or more if you need to get Destiny 2 and the Expansions that are required. The base version of Forsaken includes;

That’s the base Forsaken Content that you get if you buy the $39.99 version of the DLC. You can also buy a $69.99 version that includes the Annual Pass. This adds in content and rewards in three packs in Winter 2018, SPring 209 and Summer 2019.

Finally, you can spend $79.99 on the Destiny 2 Forsaken Digital Deluxe Edition that includes everything above and The Awoken Legend Set with a load of gear and medallions.

What You Need to Play Destiny 2: Forsaken

Even though you can spend up to $80 on the Destiny 2 Forsaken DLC and Annual Pass, this is not a standalone game. You need to own the following items in order to play the Forsaken DLC;

There are three main Destiny 2: Forsaken editions that you can buy. You can also buy two editions that include the base game and first two expansions. The version you decide to buy will depend on what you need and want, including if you want the Annual Pass that includes three more releases over the next year.

Most players will want to explore the first and second options. the main difference is if you want the Annual Pass or not. Unless you want The Awoken Legend Set to get a character boost out of the gate.

You need to watch the new Forsaken Launch trailer if you want to get psyched for the game. It’s a must see for anyone that is planning to play this new expansion.

There is a reason to pre-order other than playing Gambit early during Labor Day weekend. That’s the Cayde’s Exotic Stash pre-order bonus.

If you pre-order on your console you get these items when the Forsaken experience arrives on September 4th.

While not officially revealed, there is a lot of information we know about the Destiny 2 Forsaken Exotics. On reddit user, u/ninth_reddit_account reveals a load o Forsaken Exotics. These include new exotic weapons and exotic armour. 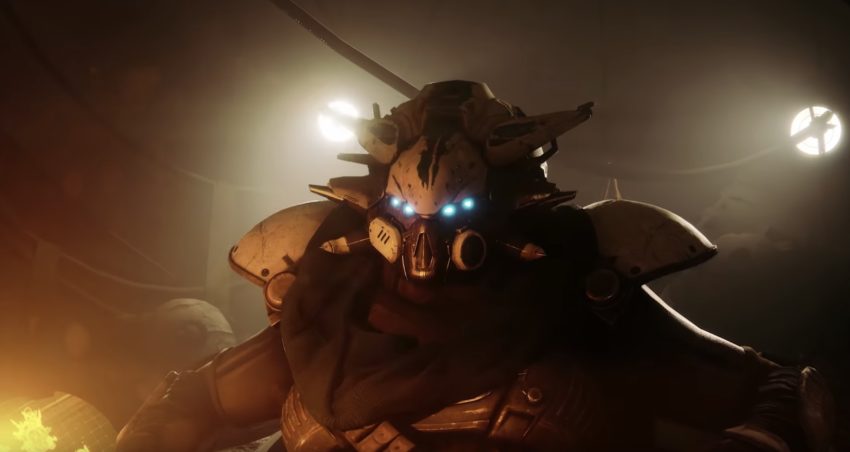 What you need to know about Destiny 2 Forsaken Exotics.

There will likely be more Forsaken exotics, this is just what was discovered while digging through the game files. Expect to see more once Forsaken is released and out on consoles.

There are no deals on The Forsaken itself. This is a digital release, so we typically will not see deals for several months, or longer. If you opt for Forsaken + Annual Pass, you save $5 off buying the annual pass as a standalone purchase later.

If you need to buy Destiny and the expansions, you can find deals on the Forsaken Legendary Collection at Best Buy where you get 20% off as a Gamers Club Unlocked member.

That’s all you’ll find for Destiny 2 Forsaken deals at this point. If you wait for Black Friday you may see some deals.