You may be tempted to buy a PS4 Pro or Xbox One X this week to upgrade your gaming setup, but unless you like wasting money you should wait until Friday at the earliest.

While Sony is skipping E3 this year, they already showed off PS5 information and announced a plethora of deals. While the PlayStation 5 is very exciting, the deals are why you shouldn’t buy the PS4 Pro right now. This also points to a good reason not to buy the Xbox One X yet. 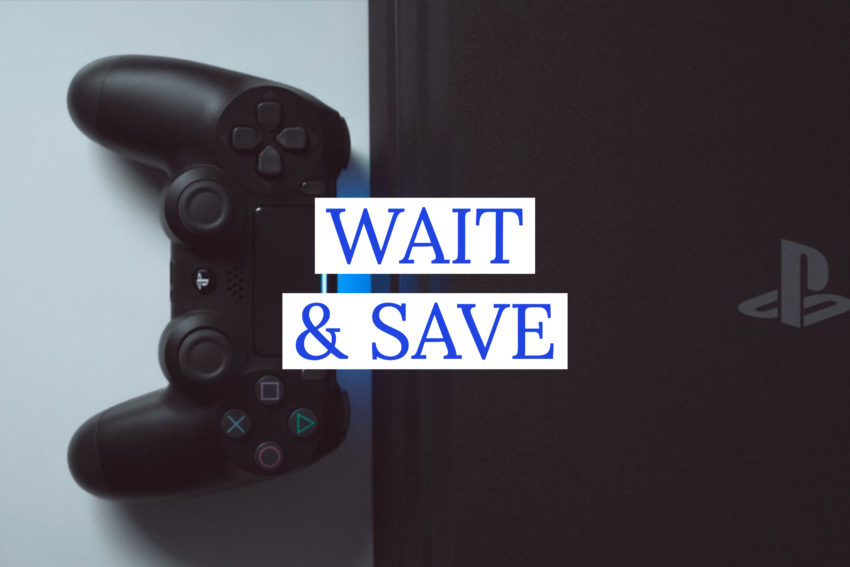 Sony announced the 2019 Days of Play with 11 days of deals. This includes a Jet Black PS4 Pro for $349.99. That’s $50 off what most stores are currently charging. For the next several days you’ll pay $50 more than you need to if you buy the PS4 Pro. Yes, you may be able to get a price match depending on the retailer, but it’s much easier to just wait for the PS4 Pro deals to arrive.

This is also a great idea since the cut could bring bigger PS4 Pro deals in June that cut the price as low as $299 at some retailers. Keep an eye out and see what happens with the PS4 Pro price.

Buy a PS4 Pro at Best Buy, Amazon, eBay or Walmart when the deals start.

Microsoft may talk next gen at E3, but that’s not the reason you shouldn’t buy a Xbox One X this week. We typically see Microsoft announce new bundles and deals at E3, and don’t expect 2019 to be much different.

Yes, the Xbox One already has a $100 price drop from the original price, but it feels like we could see a price war with Sony come this summer. If the price stays the same, expect to see new games bundled with the console. During the event you can expect to see more about Halo: Infinite and new exclusives.

Buy a Xbox One X at Best Buy, Amazon, eBay or Walmart.

2 Reasons to Wait for the PS5 & 4 Reasons To Buy a PS4 Pro
Related Topics:E3E3 2019MicrosoftPS4PS4 ProSonyXbox OneXbox One X