Bethesda’s Fallout 76 beta is here and this guide will take you through everything you need to know if you want to try Fallout 76 early.

Fallout 76 pre-orders are live and Bethesda’s next entry in the Fallout series hits the Xbox One, PlayStation 4, and Windows PC on November 14th.

If you want to try the game out before the release date you can do so via the Fallout 76 beta. The beta lets you try the full version of the game ahead of the official release date and it’ll also help Bethesda squash bugs and performance problems before the game arrives this fall.

Now that the Fallout 76 beta is here, here are a few things you should know.

You Need to Pre-Order Fallout 76 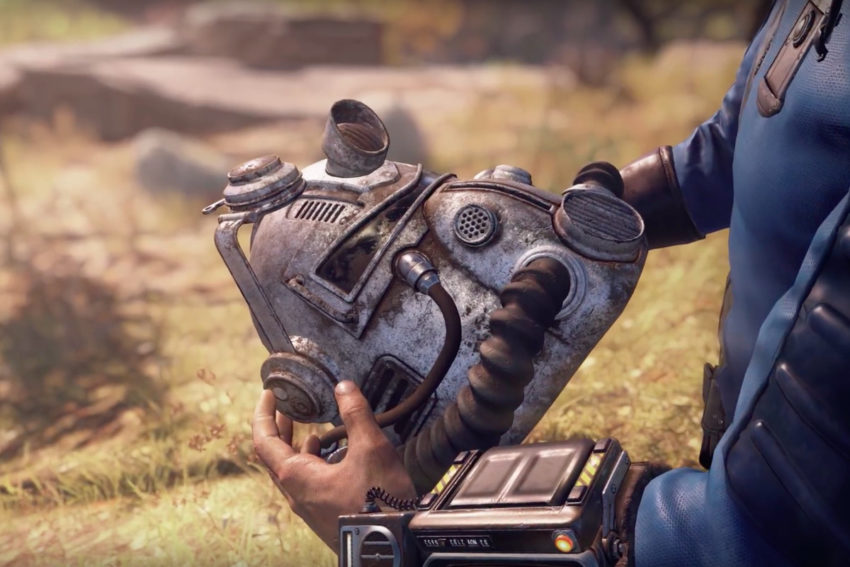 Those who don’t participate in the beta will get ample feedback from testers. The beta won’t be under NDA which means testers can post screenshots, stream, and make videos without fear of punishment.

Bethesda opened up beta testing to Xbox One owners on October 23rd. The company has now confirmed a full Fallout 76 beta schedule for Xbox One, PS4, and PC.

Bethesda says that while the beta will stretch into November, the servers “will not be running 24/7.” Instead, the company will use “targeted timeframes” so that it can get as many people as possible playing at the same time.

The company says that on “any given day” the beta might be up and running for anywhere between four to eight hours. It says it will continually do this “again and again” from the start of the beta until a few days before launch in November. Here’s what that looks like: 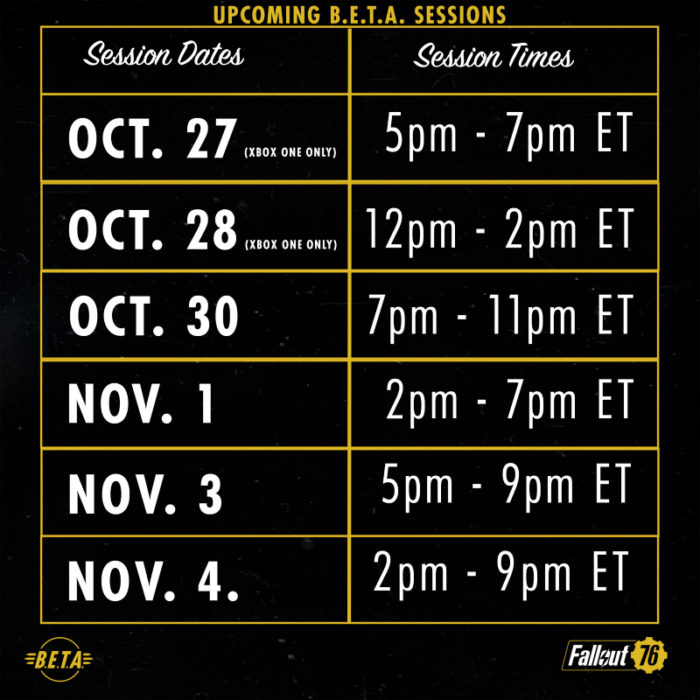 PC and PS4 players will get access to the Fallout 76 beta on October 30th.

Here are a few other things to know about the Fallout 76 beta:

Those who have pre-ordered Fallout 76 for Xbox One are now allowed to pre-load the beta. If you pre-ordered a digital version of the game, here’s how to download it right now:

If you pre-ordered a physical copy, here’s how to get it: