The Samsung Galaxy Note 8 release date is almost here and we know nearly everything about it already. At the same time, these new Galaxy Note 8 photos confirm key features and are spoiling Samsung’s surprise. Here’s what potential buyers need to know.

For months on end leaked photos and rumors have painted a clear picture of the Galaxy Note 8. Additionally, famed leakster @evleaks continues to reveal almost everything ahead of time.

Read: Galaxy Note 8 vs Google Pixel XL2: What We Know

Until today everything we’ve seen is a leak, render, rumor, or concept. Meaning nothing was remotely official and certain aspects of the phone were still a mystery. Not anymore though, as real live photos are confirming everything we’ve heard so far. 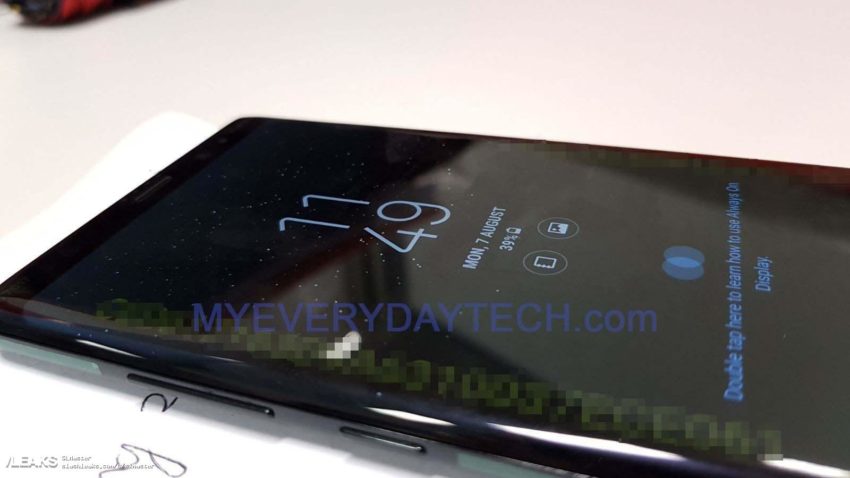 Galaxy Note 8 Prototype in the wild

The Galaxy Note 8 could end up being one of Samsung’s best smartphones yet. From a big new curved Infinity display to impressive dual cameras on the back. We’ve heard it time and time again, but here they are in the flesh. Essentially confirming exactly what will get announced on August 23rd by Samsung.

Leaked photos show exactly what we’ve heard time and time again from rumors. And while nothing is official until Samsung confirms it up on stage, these are some of the important changes you’ll want to know about.

We had a good idea of what to expect already, but these photos make it official. Samsung will deliver a phone that’s bigger, better and has more to offer than the already popular Galaxy S8 lineup from earlier this year.

In short, the Galaxy Note 8 is almost identical to the Galaxy S8+. However, Samsung added a slightly bigger screen, a second rear camera with a 2x optical zoom, and an extra 2GB of RAM for improved performance, multitasking, and gaming. Making this Samsung’s first mainstream phone with 6GB of RAM. Additionally, the phone comes with the popular S-Pen stylus, IP68 dust and water resistance, wireless charging and Samsung Pay.

The bigger, faster, dual camera rocking Galaxy Note 8 will be announced on August 23rd in New York City and at small events around the globe. We’re hearing pre-orders will begin on or around August 25th, with a release date following 3 weeks later.

In the past, Samsung released its phones two weeks after the announcement, but this year they’re taking more time for marketing and to ramp up inventory. As a result, most reports from Korea believe the global Galaxy Note 8 release date is September 15th.

The only mystery or surprise left is the price, but Evan Blass believes the Galaxy Note 8 will end up Samsung’s most expensive smartphone to date, costing nearly $1,000. We’ll have to wait and see. Stay tuned right here for more details as they become available.