Call of Duty: Modern Warfare is a massive game that is going to take up a lot of space on your Xbox One, PS4 or PC. If you get this game as a gift, you’ll want to make sure that you spend some time installing it before you sit down to play.

On the Xbox One, you can expect the Call of Duty: Modern Warfare download to be 120GB in size if you buy digitally. If you buy the game on disk, you will need to install 87GB of downloads before you can play. These numbers may be a little higher with several updates in place since the release, but they are in the ballpark.

There are an impressive number of game modes, a new story mode and a lot of content to download on day one, so strap in and prepare to wait for a long download process.

Read: How to Fix Call of Duty: Modern Warfare Problems

Since we know the Call of Duty: Modern Warfare size, we can break down what you can expect. Keep in mind that this is a large game and the time will depend on your Internet connection speed and the servers. 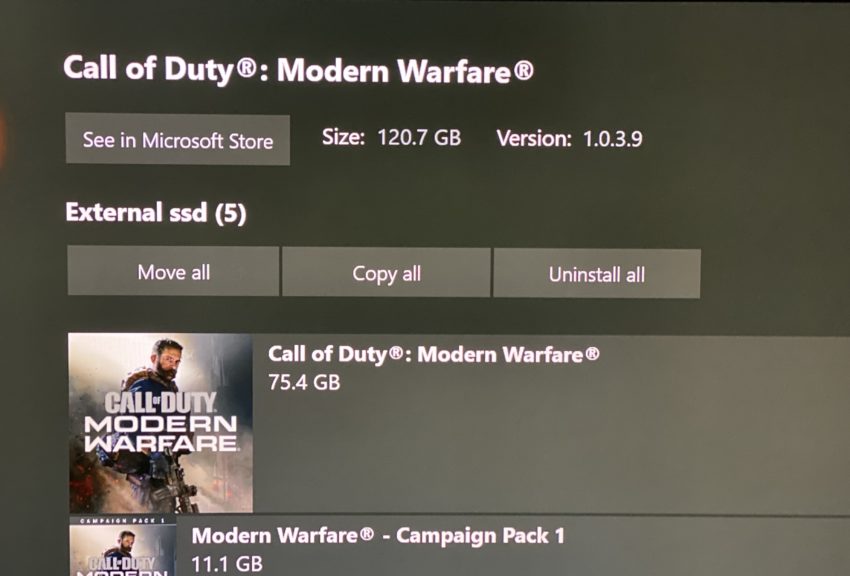 The Call of Duty: Modern Warfare download size is over 120GB on Xbox One.

You’ll need to make sure that you have at least 120GB of space on your console, and in most cases, you need a little more room on the console to handle the actual installation. Plan on keeping at least 150GB open on your console to be safe. You may need to clear up some room or look for an external drive. You can pick up a 4TB drive on Amazon for under $100. 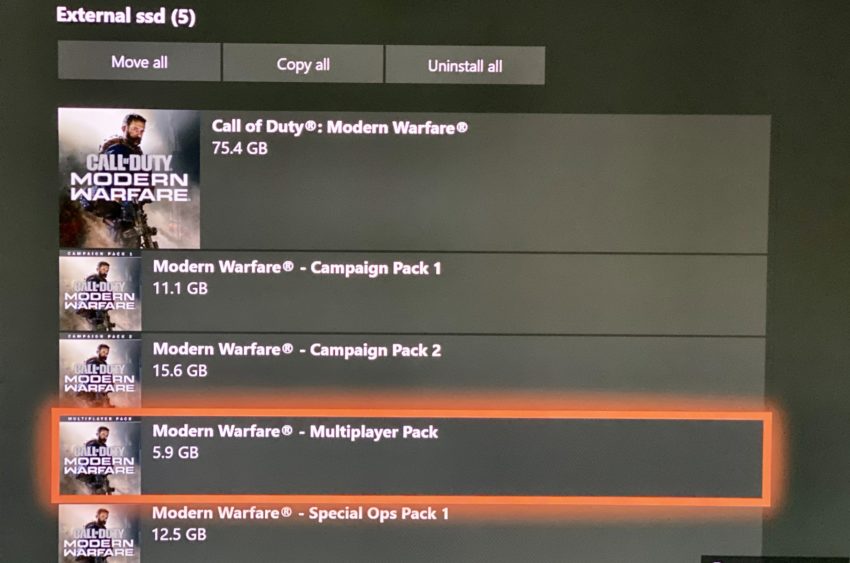 If you plan to install and play Call of Duty: Modern Warfare today, you will need to wait a while if you haven’t already pre-loaded the game. Downloading over 100GB for the digital version and almost 90GB of downloads for the disk version means that it will take you at least an hour even on a fast connection. It may take even longer if there are lots of users downloading and any problems.

We estimate at least an hour to download Call of Duty: Modern Warfare on the fastest of connections. Even with a 400 Mb/s down connection, it took hours to download the 120GB game. You can use this tool to estimate your download time, but remember this is the best-case scenario. Even with a super-fast connection and the Xbox One wired to ethernet our downloads capped at just 33 MB/s down last night.

We’ve seen multiple Call of Duty: Modern Warfare patches and updates that clocked in at 1.8GB to 8 GB depending on the console. We will see more updates in the coming weeks as Activision and Infinity Ward are working to fix known issues.