Apple just started the iOS 8.0.1 release, but you should not install the small update promising to fix iOS 8 problems. The iOS 8.0.1 update breaks cell service on many iPhones. After the update touch ID no longer works on some iPhones either.

After installing iOS 8.0.1 on the iPhone 6 and iPhone 6 plus on AT&T and Verizon we no longer have cell service on either device and Touch ID will not unlock the iPhone.

Update: This issue may be limited to iPhone 6 and iPhone 6 Plus only.

Users who update to iOS 8.0.1 will see a Searching… error on the AT&T iPhone 6 and a No Service error on the Verizon iPhone 6. The problem does not appear limited to these carriers. 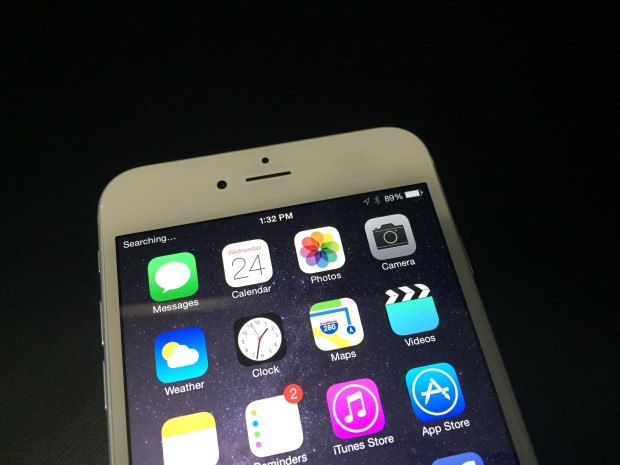 The iOS 8.0.1 update promises fixes for many iOS 8 problems, but the inability to make phone calls or use the Internet on the iPhone trumps any potential iOS 8 fixes that it includes.

If you are affected by this iOS 8.0.1 no service problem, you can use these two options to make a phone call as long as you are connected to WiFi.

Apple pulled the iOS 8.0.1 update shortly before 3 PM Eastern, but there is no official word on any iOS 8.0.2 release or a fix for the no service problems.

We are not alone in experiencing the iOS 8.0.1 problems with service and Touch ID.

iPhone people should avoid iOS 8.0.1. you lose mobile connectivity and your TouchID breaks

@tim_cook I do hope you guys are fixing the iOS 8.0.1 no service/touch id problem and another update will be available ASAP please :)