The iOS 8 release date is September 17th and after all the excitement over a late night iPhone 6 pre-order, a lot of users are looking forward to downloading the iOS 8 update at midnight.

It’s easy to think there is an iOS 8 release date at midnight, after all we are used to midnight releases for video games, midnight movie openings and midnight iPhone 6 pre-order start times, but these users are in for a wasted night.

Apple confirmed the iOS 8 release date for September 17th last week, but did not mention a specific time. Thanks to Apple’s predictable schedule the iOS 8 midnight release is not something you can count on at 12 AM Eastern or even 12 AM Pacific. 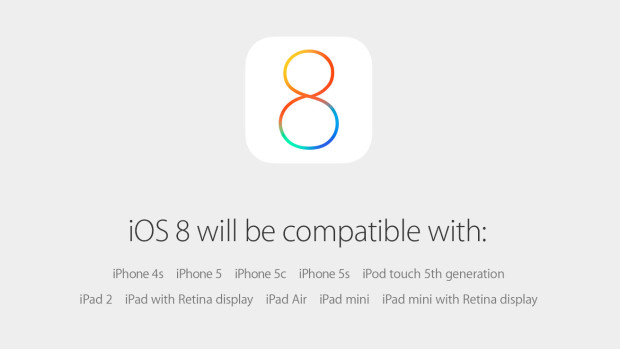 The iOS 8 release date is confirmed for September 17th.

Read: 8 Reasons Not to Update to iOS 8 on Day One

If you are looking for more information, and like the many users below you stayed up late to be first to start the download on the iOS 8 release date you can use this time to follow our iOS 8 release date tips that will help you get ready for Apple’s free update.

One reason more users think the iOS 8 release happens at midnight is that many iOS 8 app updates are arriving on iPhones and iPads, putting iOS 8 front and center for many.

Here are a small sample of users waiting up for an iOS 8 release date arrival at midnight, who are in for frustration and disappointment.

.and I'm thinking iOS 8 was gonna be available at midnight :/

so supposedly iOS 8 comes out tonight at midnight

There is such a small chance that Apple will change things up and release iOS 8 at midnight that you should stop waiting and go to bed.

There is good reason to be excited about the iOS 8 update. Apple includes a ton of exciting new features like better group messages, the ability to answer a phone call on the iPad, Touch ID support for apps and better sharing in Safari as well as many others. Here’s a look at our top 10 iOS 8 features;

You can check out the iOS 8 features slide show below to see what all you can expect from this free update that is coming to the iPhone 4s, iPhone 5, iPhone 5c, iPhone 5s, iPad Air, iPad 4, iPad 3, iPad 2, iPad mini, iPad mini Retina and iPod touch 5th generation.