With its seriously long battery life, thin profile and always-on mobile internet, the new Lenovo Miix 630 will make some Surface Pro owners wish they purchased it instead.

Announced at CES 2018, the Miix 630 is a mobile user’s dream. It’s the first tablet from Lenovo to use Qualcomm’s Snapdragon 835 processor and run Microsoft’s Windows operating system. Buyers get a tablet with a sleek, thin profile and 20 hours of battery life. An LTE radio inside the tablet lets owners browse the internet anywhere. This new PC launches sometime in March or April, with configurations starting at $799. 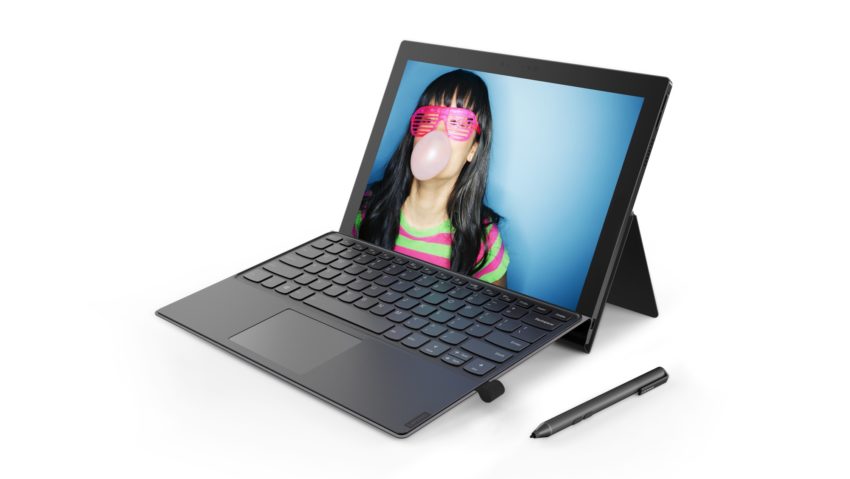 For the money, buyers get solid internals and great build quality. The Miix 630’s sleek body is made of magnesium, but only weighs 2.93 pounds. A rounded edge that runs along the bottom of the tablet makes holding it in portrait mode to read a book or take notes more comfortable than on other tablets with their sharper angles.

Besides the Snapdragon 835 processor, Adreno 540 graphics and up to 8GB of RAM keeps apps opening quickly on the Lenovo Miix 630. The device has up to 256GB of internal storage, but buyers can add more than that using the tablet’s built-in SD card reader and USB Type-C port. Its 12.3-inch 1920 x 1280 display isn’t as sharp as the displays of some other Windows tablets, but it’s enough to satisfy Netflix lovers and YouTube streamers. Buyers can stream video from both those sites or browse the web anywhere using the Lenovo Miix 630’s built-in LTE connectivity.

Despite its reasonable price tag, buyers get everything they need when they unbox Miix 630. A detachable cover that doubles as a keyboard and an adjustable kickstand comes with the tablet. Lenovo also includes a digital pen that detects 1024 levels of pressure as buyers sketch or write on the display. 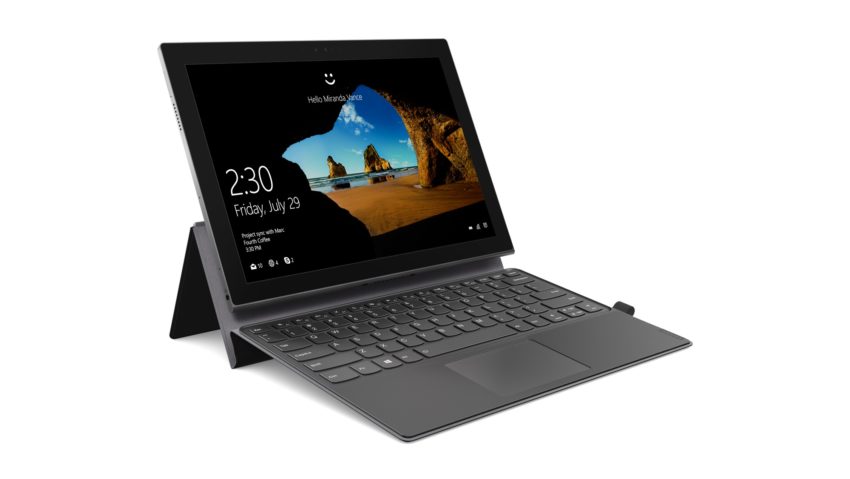 Even this Lenovo Miix 630’s cameras are solid. The front-facing 5-megapixel sensor lets users sign into their account with Windows Hello, and there is a 13-megapixel camera with auto-focus on the back. This camera is perfect for scanning documents and capturing pictures when your phone isn’t nearby.

The Lenovo Miix 630 will come with Windows 10 S. That’s the same secure, battery efficient operating system that Microsoft uses on its own Surface Laptop.