This is what’s new in Madden 18. From the new Frostbite-powered graphics upgrades to the new Madden 18 features, this is how the Madden 18 vs Madden 17 comparison stacks up. As the release nears, we learn about Madden 18 MUT Squads, a new 3 vs 3 online way to play Madden and more about the three new Madden 18 game modes.

We’ll help you decide if Madden 18 is worth buying for the new features that EA packs into the game. We know several new features and expect to learn more in June. You can pre-order Madden 18, or wait for more information.

As gamers, we are always concerned that sports games will phone it in with a roster upgrade and token changes. We’re walking through the new Madden 18 features that we’ve discovered, that EA showed at EA Play and that we’ve learned about direct from the Madden Blog. 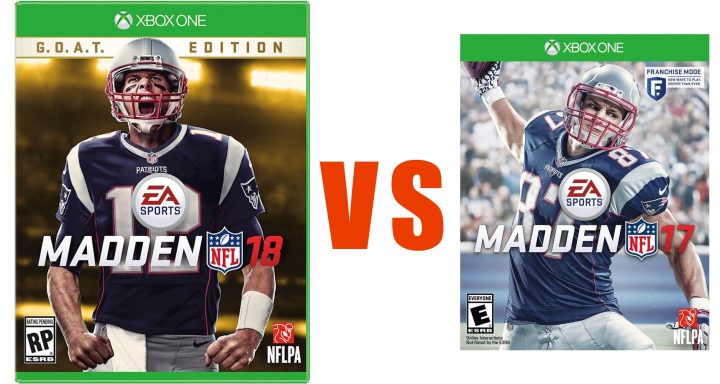 EA spent a lot of time on Madden 16 upgrading the passing game. In Madden 17 we saw a major emphasis on the defense, making Madden ratings matter more, enhanced realism and making it easier to play.

The new Madden 18 features we know about include new play modes, new play styles, target passing, coaching adjustments and graphics upgrades thanks to the Frostbite game engine that powers FIFA 17 and Battlefield 1.

Here are the new Madden 18 features and upgrades from Madden 17 that you can look forward to in August.