The Razer Wolverine Ultimate Xbox One and PC controller delivers the ultimate customization options with six re-mappable triggers and buttons to let you put the controls you need at your fingertips to get an edge on the competition this fall.

In addition to helping you become a better Call of Duty: WWII player or dominating in Madden 18 and FIFA 18 with faster access to key buttons, the Razer Wolverine Ultimate Xbox One controller also includes Razer Chroma, a small RGB lighting strip that can deliver 16.8 million colors and a range of effects.

Announced at Gamescom, the Razer Wolverine Ultimate arrives in September for $159 and joins the Thresher Ultimate as Razer expands the console gaming lineup. 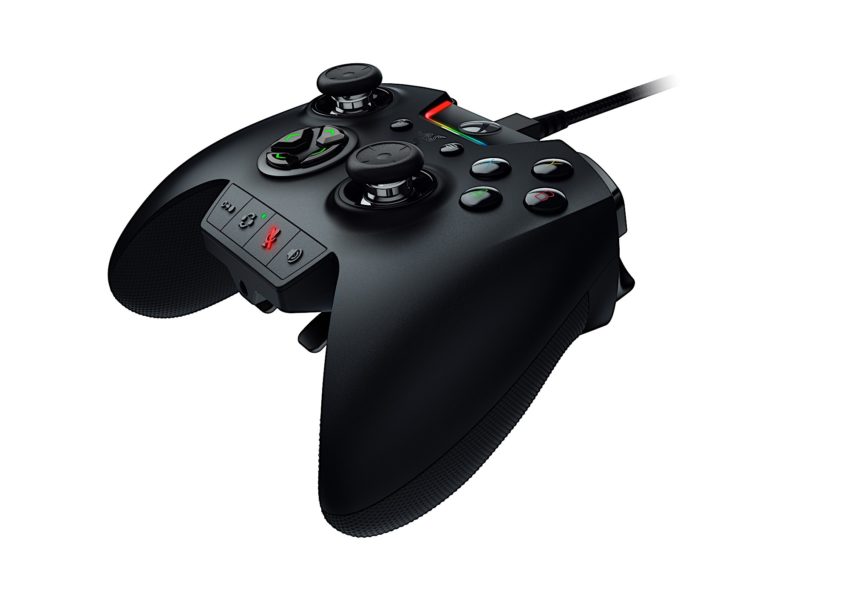 Gamers can choose between two D-Pads and a number of thumbsticks to get the perfect height and the right feel for the sticks. This is similar to the Xbox One Elite Controller, which retails for $149. You can customize the triggers to a half stop mode for rapid fire in games like Call of Duty: WWII and Battlefield 1, which definitely helps during intense combat. there are two triggers on the forward portion of the controller and four underneath.

Most gamers will remap a jump, slide and reload function to these so they can continue to aim and move while performing crucial actions in first person shooters. Once you experience this, it’s very hard to go back to playing without triggers and buttons where you need them. You can change what the buttons do using the Razer Synapse Xbox app and the controller also works for the PC, so you can enjoy Play Anywhere games on your laptop or desktop.

“We’ve taken our time with the development of the Razer Wolverine Ultimate to really get it right,” says Min-Liang Tan, Razer co-founder and CEO. “Thanks to endless design iterations and pro-gamer feedback, we’re proud to be finally releasing a new contender for the crown.”

This is a wired controller, designed to deliver the fastest connectivity to your Xbox One or PC. The cable detaches for easy transport, but you will need it to play. Razer includes a 10 foot braided fiber micro USB cable with the controller. The controller weights 0.57 pounds without the cable and comes with a carrying case. The controller includes a 3.5mm headphone jack for chat, and controls to quickly adjust the microphone and headphone sound. Here’s a breakdown of the features;

The Razer Wolverine Ultimate customizable controller for Xbox One and PC arrives in September for $159.99 on Razerzone and globally in Q4, just in time for Call of Duty: WWII, Star Wars: Battlefront II and more Battlefield 1 DLC.