The Samsung Galaxy Note 10 Android 10 update went through a pretty lengthy beta process, but performance issues and bugs have slipped into the stable release.

Samsung’s Android 10 beta gave Galaxy Note 10 and Galaxy Note 10+ users a chance to try out the update’s new features ahead of time. It also helped the company squash bugs and performance problems ahead of the official release.

In December, Samsung started pushing the official version of Android 10/One UI 2.0 to Galaxy Note 10 and Galaxy Note 10+ users. It’s available in several regions right now and the software will hit more devices in more regions in early 2020.

Now Android 10 and One UI 2.0 have been out for a few weeks, Galaxy Note 10 and Galaxy Note 10+ users are relaying feedback about the update.

A lot of the feedback has been good, but we’ve also seen complaints about issues. Some of them are brand new, others have carried over from the Android 10 beta and Android Pie.

With that in mind, we want to guide you through the current state of Galaxy Note 10 Android 10 problems. We’ll take you through the best way to prepare for your Android 10 update, provide you with some resources that could help if you run into problems, and tell you about Samsung’s plans for the future.

You can’t predict how Android 10 will impact your device’s performance and that’s why it’s important to prepare for its arrival. A little prep work should help you avoid major issues.

If you’re still waiting for your Android 10 update to arrive, use this time to prepare your device for the move from Android Pie to Android 10.

If your Android 10 update is available right now, make sure you set aside sometime to make sure everything is in order before you tap download.

We’ve put together a list of pre-installation tips that will help you prepare for the move. These are the steps we typically take before we install new versions of Android on our Galaxy phones.

Samsung Galaxy Note 10 users who have moved to Android 10 are complaining about a variety of bugs and performance issues as we push into the new year. 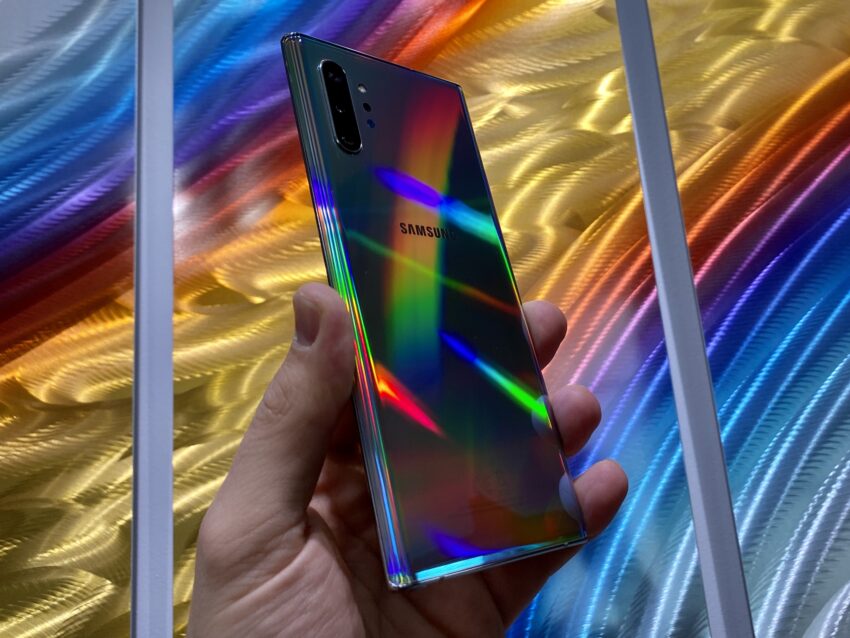 It’s a short list right now, but we expect it to grow as more people move their device from Android Pie to Android 10 in the weeks ahead.

If you haven’t received the update yet make sure you keep an eye on feedback from Galaxy Note 10 users who have. This feedback will keep you informed about the latest issues with the software.

There are a bunch of different places to find feedback about the Galaxy Note 10 Android 10 update’s performance. We recommend poking around on XDA-Developers, the Galaxy Note 10 Reddit, the Android Reddit, and social media sites like Twitter.

If you live in the United States you’ll also want to keep your eyes on the official AT&T, Verizon, Sprint, and T-Mobile forums if your Note 10 is on one of those networks.

We’ve also put together a list of reasons to, and not to, install Android 10 when it arrives for your Note 10. Check out the guide if you need additional feedback.

If you run into a problem after installing Android 10, take a look at our list of fixes for common Galaxy Note 10 problems. It’s a good place to start if you’re dealing with connectivity issues, bugs, or other performance problems.

Our guide to fixing Galaxy Note 10 battery life issues will help you sort out battery drain problems if you notice them after installing Android 10.

If you don’t find what you’re looking for in our guides, you should check out the XDA-Developers Galaxy Note 10 forums, carrier support forums (AT&T, Sprint, T-Mobile, Verizon, for example), and the Galaxy Note 10 Reddit for potential fixes.

Samsung pushes out monthly updates to the Galaxy Note 10 and Galaxy Note 10+ and there’s a chance these updates include bug fixes for Android 10 problems.

If your carrier offers an Android update schedule, keep an eye on it for update release details. Carriers like Rogers, Fido, and Telus in Canada and Vodafone in Australia like to keep their customers informed about upcoming software updates.