Samsung’s confirmed a Galaxy Note 5 Android Nougat release for the first half of 2017. It hasn’t outlined a date but all signs point to a release long before June.

The Galaxy Note 5 Nougat update is making progress behind the scenes. Its been in development for a few months now and the update has received several Wi-Fi certifications, a necessary step before the official release. 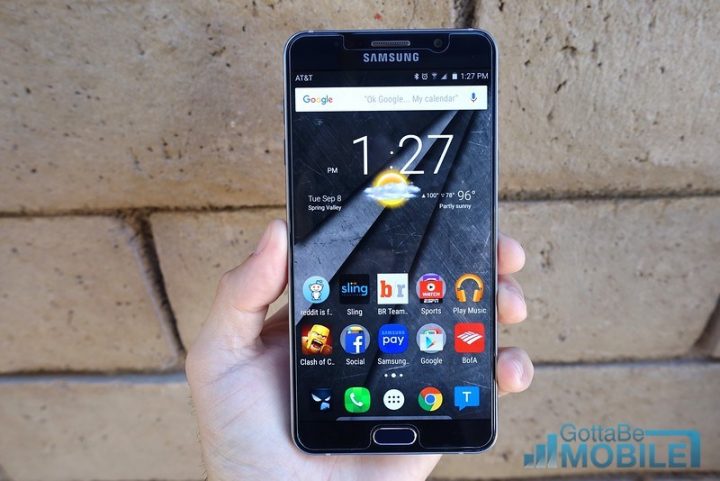 The Galaxy Note 5 probably won’t be on Marshmallow for too much longer.

Samsung’s carrier partners aren’t saying much about the Galaxy Note 5 Nougat release date but some within the company believe it could be released later this month.

With the situation starting to heat up, we want to help get you as prepared as possible for the Galaxy Note 5 release date. Here are a few quick tips that could help.

Now that the Galaxy S7 Nougat update is pushing out in the United States we’re starting to get questions about the Galaxy Note 5 Nougat release from friends, family, and readers.

Some questions are from Galaxy Note 5 users on Verizon. Some are on AT&T. Others are on international versions. Different devices but the question is the same: When will my Galaxy Note 5 get upgraded to Android 7.0?

At this point, our best guess is that Samsung will start rolling out the Galaxy Note 5 Nougat update in March or April. Key word there: start.

Samsung’s Galaxy Note 5 Nougat update won’t roll out to everyone overnight. It’s going to be a long, sometimes frustrating process that will drag on through much of 2017.

It’s going to take months to complete. And in most cases, Samsung and/or your carrier won’t release any concrete release details.

Some carriers, like T-Mobile, are transparent and vocal but most decline to release information about testing and release dates so as not to set unrealistic expectations.

Keep that in mind as we start to learn more about Samsung’s plans for Nougat and the Galaxy Note 5.

Nougat is close and you should be excited. The Galaxy Note 5’s version of Android 7.0 should bring some fantastic features, bug fixes and security patches. That said, we’re expecting the update to be different than the version available for the Galaxy S7 and Galaxy S7 Edge.

Don’t fall in love with the Galaxy S7’s version of Nougat because we expect some of the Galaxy S7’s Nougat features to be exclusive to the device. One possibility is Always On Display. There could be others.

Nothing is confirmed until Samsung and its carrier partners start rolling the update out but don’t go into the release expecting the Galaxy Note 5 and Galaxy S7 to be on equal footing.

With a release supposedly in the cards for March, now would be a good time to start getting a handle on your device. It’s never too early to prepare.

We highly recommend doing some early prep work ahead of your update’s release date. You don’t need to invest hours upon hours of time but there are a few things you can and should do before Nougat is deployed for your device.

If you’re running out of space on your phone, now would be a great time to do some early spring cleaning. Delete files you no longer need and use this time to trim down your list of applications. 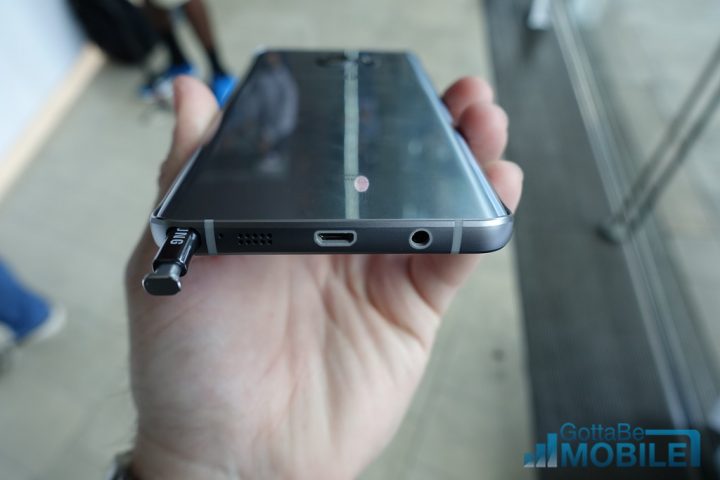 Nougat will likely require well over 1GB of space to operate so if you’re nearing the threshold, now’s the time to put in some work.

We also recommend taking a look at your backups to ensure all of your important files are properly stored. If you haven’t made proper backups, now is the time to familiarize yourself with the process to make sure everything is safe and sound.

We’ve put together a full list of steps to take ahead of your Galaxy Note 5 Nougat release date and it’s worth a look, particularly if you’re new to the Galaxy Note 5 and/or Android.

You Don’t Need to Install On Day One

When Nougat arrives for your Galaxy Note 5 it’s going to be tempting to install it right away. That’s understandable. You’ve been on Marshmallow for awhile now and Nougat has a lot to offer.

While many of you will be perfectly fine installing Nougat the second the prompt appears on your device, others might be better off waiting a few days before installing it.

To help get you thinking ahead of the update’s release, here are a few reasons to consider waiting beyond the first day of availability:

Wait for the OTA

If the Galaxy Note 5 Nougat update leaks before the official release from Samsung, you’ll probably want to avoid it.

Unless you are a veteran Android user with a polished set of skills, Android update leaks will be more trouble than they’re worth.

If you’re new to Android or if you don’t consider yourself a power user, you’ll want to wait for the official OTA to arrive.

Samsung and its partners will put the Galaxy Note 5 Nougat update through testing but testing won’t prevent problems from emerging in the days, weeks, and months after the release date.

The Galaxy Note 5 Nougat update will be plagued with various bugs and issues and it will be up to you to prepare for what you might see on board the software after you install it on your phone.

Your carrier will roll out bug fix updates but they’ll be irregular and there’s no guarantee they’ll fix your issue. You’ll want to be proactive, starting now. 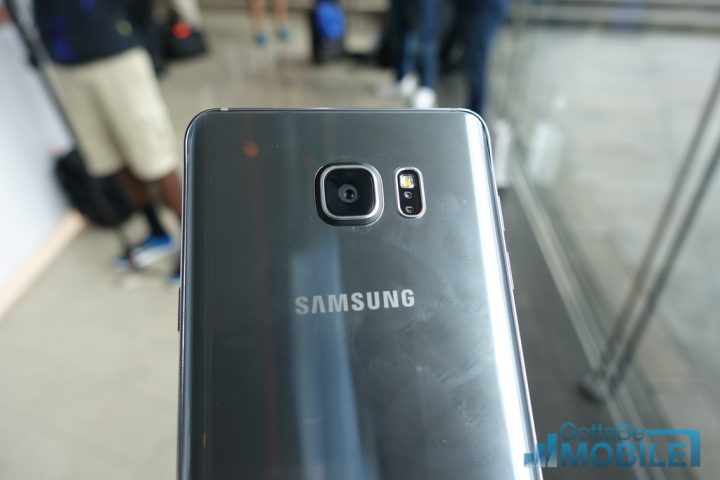 We recommend digging into the problems Galaxy S7 and Galaxy S7 Edge users are facing right now because it’ll help you gauge what problems might impact the Galaxy Note 5’s version of Nougat.

Battery drain, broken Wi-Fi, busted apps, and malfunctioning Bluetooth are issues you might see after you install the Note 5’s Nougat update.

We’ve put together a solid list of resources that could help you now and post-release. Bookmark the fixes, commit them to memory, whatever you have to do to ensure you’re prepared for Galaxy Note 5 Nougat problems.

If you don’t know how to downgrade from one Android update to another, now would be a great time to study up on the process.

If you decide you hate the Galaxy Note 5’s Nougat update you should be able to root and downgrade to Marshmallow.

The process can be a little tricky so it’s definitely worth looking into ahead of the Galaxy Note 5’s Nougat release date. That way, you’ll be ready.