Our guide takes an early look at the most important things to know about Star Wars Battlefront 2 DLC for PS4, Xbox One, and Windows PC.

As promised, DICE is doing Star Wars Battlefront 2 DLC different from Battlefront (2015) DLC and the company’s Battlefield 1 DLC. For one, the game won’t feature a season pass.

We’ve still got a long road ahead but today we want to outline what you can expect from Star Wars Battlefront 2 DLC on PS4, Xbox One, and PS4.

Earlier this year, the developer told Mashable it wouldn’t release a Star Wars Battlefront 2 Season Pass. The comments were surprising given that EA DICE has established a predictable DLC release protocol over the years.

Unfortunately, these Season Passes fragmented the multiplayer player-base of these games. Fortunately, DICE hopes to remedy this with Battlefront 2’s DLC model. 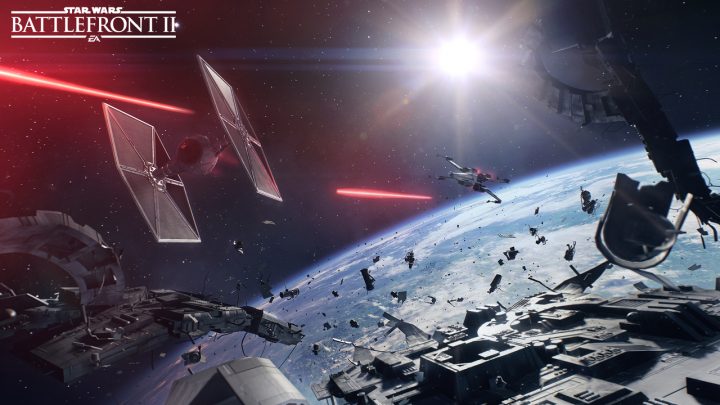 At EA Play 2017, DICE went into more detail about Star Wars Battlefront 2 DLC and the developer elaborated on its plans for the game.

The company hopes this move will keep the community together and games full in the months after the game’s release in November.

Star Wars Battlefront 2 DLC content will come from various “Seasons” which, again, will be free for everyone.

The company hasn’t gone into detail about the number of seasons but each will come with new heroes, modes, planets, vehicles, and weapons.

With the first Star Wars Battlefront 2 Season slated for release in late 2017, most of the game’s extras will arrive on console and PC in 2018.

The first batch of free Battlefront 2 DLC content will arrive shortly after the game arrives in mid-November.

DICE hasn’t confirmed a specific date but it says the first DLC Season will arrive sometime in December. Given the content on board, we expect it to arrive sometime ahead of the holidays, in and around December 15th.

December 15th is the day Star Wars: The Last Jedi lands in theaters. Unsurprisingly, the first Battlefront 2 DLC Season will feature content from the film.

The developer hasn’t gone into great detail but the first DLC content will include Finn and Captain Phasma as playable heroes, a new planet called Crait, and a space map centered around the planet D’Qar.

The game won’t feature the traditional paid DLC but you’ll still be able to spend money on in-game content.

If you don’t have a ton of time to play the game you’ll be able to purchase in-game currency to spend on the game’s various unlocks.

These unlocks can also be earned simply by playing the game. Playing the game will net you the same in-game currency to spend how you see fit.

Despite the presence of microtransactions, the company maintains the game won’t feature a pay-to-win model.