The iOS 8 release date will bring a new Apple keyboard, but that’s not all for the first time you’ll be able to install a new keyboard. We expect a collection of new iOS 8 keyboards will arrive in the coming weeks, but SwiftKey for iPhone, iPad and iPod touch plans to be one of the first to the market.

There is no need to jailbreak iOS 8 to install SwiftKey. You will find SwiftKey for iPhone, iPad and iPod touch in the App Store around the iOS 8 release date on September 17th. The iPad, iPhone and iPod touch all support iOS 8 keyboards, but not all features are available on every device. 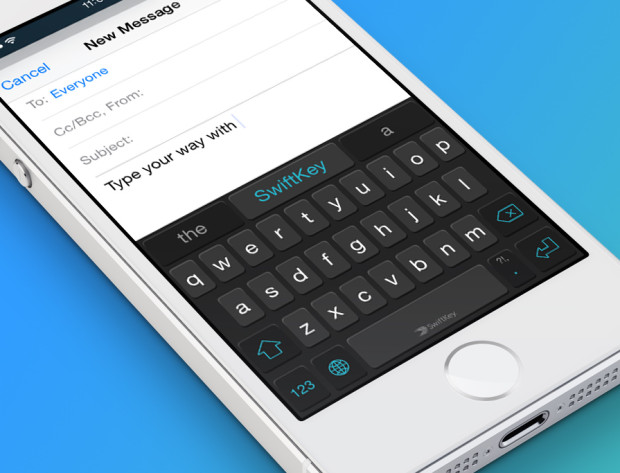 The SwiftKey iPhone keyboard is coming soon to an iPhone, iPad or iPod touch near you.

There is no specific SwiftKey for iPhone and iPad price announced yet, but it is free with in-app purchases on Android.

Apple announced the iPhone 6 release date for September 19th, and iOS 8 arrives for older devices two days earlier which is when we expect you can download and install SwiftKey for iPhone.

The biggest reason many people want the SwiftKey iPhone keyboard is the amazing prediction capabilities it offers. After using the SwiftKey Android keyboard for a long time it is incredible how it can learn your specific style of typing and many times finish a sentence without typing any more letters — just tapping on the predictive words.

Auto-correct on SwiftKey also learns from you, to help save you time fixing typos and prevent bad auto-corrections. It will insert spaces where you need them as well as punctuation. Your settings are backed up tot he cloud and it can learn how you write from Facebook, Gmail, Twitter and Evernote for more personalized results.

On the SwiftKey iPhone and iPod touch versions you can use SwiftKey Flow to trace the words you want to appear for a new, faster for some, way of typing. This is not available on the iPad right now.

If you often type in two languages, you’ll love the option to type in both simultaneously while using the SwiftKey iPhone keyboard for iOS 8. The following languages are supported.

This is just one of the new iOS 8 keyboard options coming to the iPhone, iPad and iPod touch this fall. We expect to hear more about all the iOS 8 keyboards closer to the iOS 8 release date. 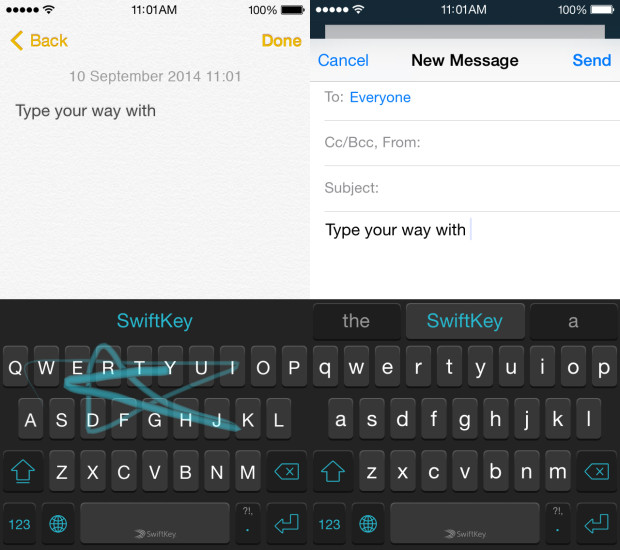 Here is a look at the iOS 8 keyboard from SwiftKey.

If your iPhone, iPad or iPod touch can run iOS 8 you can use the new iOS 8 keyboards. Apple also delivers a better keyboard with predictive text and other features in the free iOS 8 update as well.

For everything else you can see what’s new in iOS 8 in the slide show below.