Microsoft promised users a lot when it revealed the very first version of Windows 10. In 2015 the company had lofty goals of dumping its three-year upgrade cycles and borrowing the upgrade pattern that Apple uses for Macs, iPhones and iPads. The company committed itself to release Windows 10 upgrades with major features faster than it had with other releases. The Windows 10 Creators Update info that the company released late last week confirms that this is still the plan for 2017.

Microsoft formally announced the Windows 10 Creators Update at an event in 2016. The update, the company said, took its name from the features that it would include. It wants these new features to allow creators to “do more” with their Windows 10 PCs. The company is emphasizing creative activities. It’s focused on art, making video clips and broadcasting live streams of PC games without the use of Twitch. 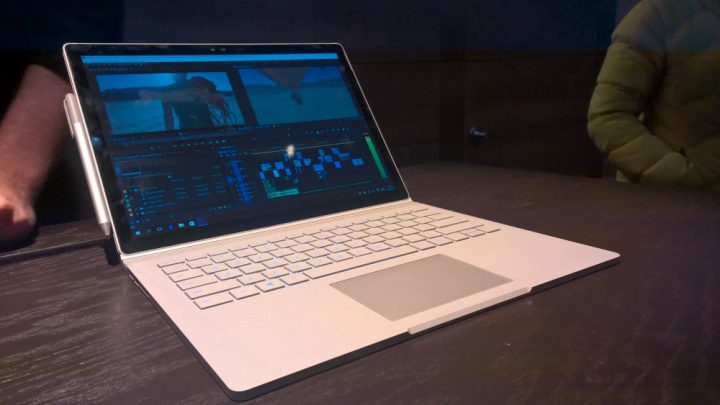 You’ll need this Windows 10 Creators Update info to get you through April’s upgrade.

The Windows 10 Creators Update price is exactly what you’d expect it to be. Microsoft committed itself to providing free updates to users that took advantage of its upgrade program to get away from Windows 7 and Windows 8. Like the November Update and the Anniversary Update, there will not be charge for the Creators Update. 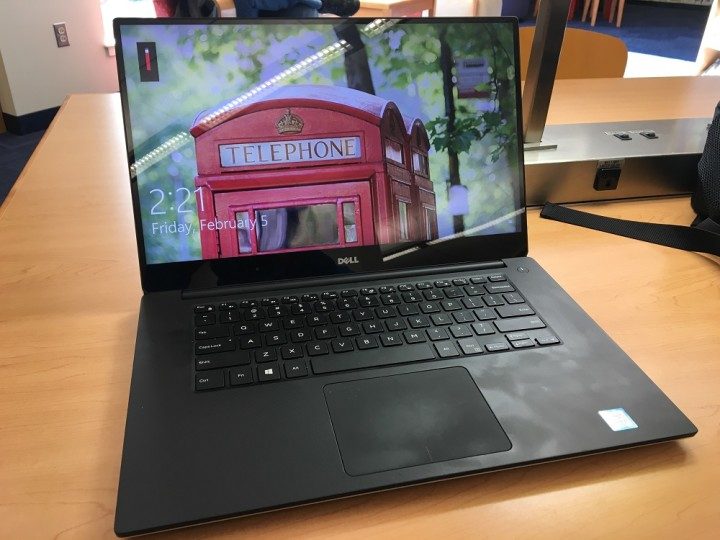 PCs like the Dell XPS 15 will get the Windows 10 Creators Update free because Windows 10 is already installed on them.

That is, provided you are already running Windows 10. If you aren’t, you’ll need to purchase an upgrade to the operating system before you can get the Windows 10 Creators Update at no charge. Remember the Free Windows 10 Upgrade Offer ended in August of 2016.

Windows 10 Creators Update features are plentiful. That isn’t to say that you’ll notice many of them immediately. Some will be quite difficult to find. 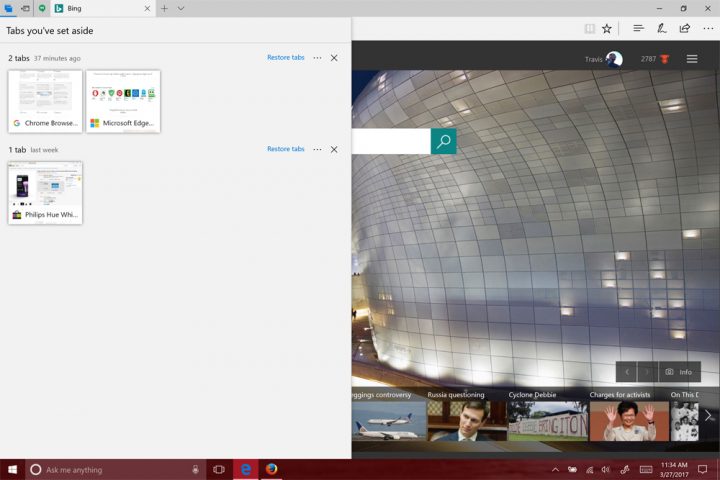 Microsoft has poured most of its attention into upgrading Microsoft Edge, the web browser that comes with Windows 10. It now features tab management so that users can set aside tabs to look at later. All tabs can be previewed from a huge drop-down bar at the top of the window. Strangely, the company is also turning Microsoft Edge into an eBook reader. Users can purchase new books from the Windows Store.

Other app upgrades to Skype, Windows Defender and the Get Office app make them more useful. For example, Get Office is now an easy way to get to your recently opened documents and access office apps.

That app was pretty useless before. A new 3D Paint app lets users create art and objects that look real.

You can now create folders for tiles that you pin to the Start Menu and Start Screen, finally making that area easier to organize. The Settings app has gotten huge organization upgrades, complete with icons to help users identify what each area does. You can now choose whichever accent color you want for title bars, the Action Center and the Start Screen.

Cortana, the personal assistant built into Windows 10, lets you turn your device off and start listening to music through apps like TuneIn. When your PC isn’t being used, she’ll take over the entire screen instead of staying in just a box. Video apps can now use a picture-in-picture mode to multitask. 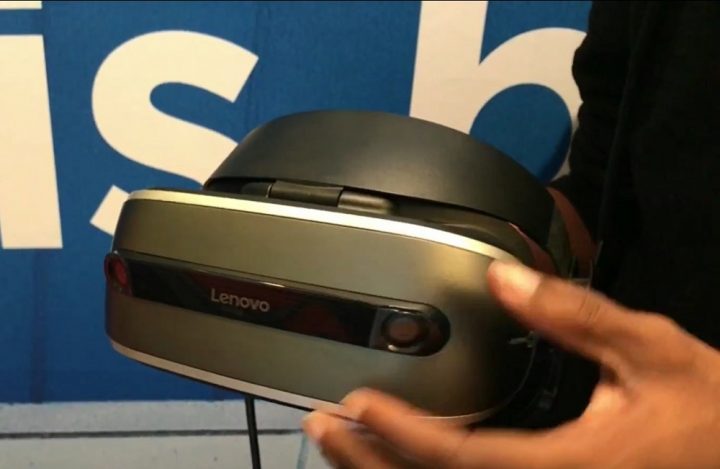 Features Left Out of the Windows 10 Creators Update

Microsoft had plans to make it easier to stay in touch with people users care about. That feature, called My People, is being held until the next update. The Groove Music maker app that would have allowed users to create audio clips like they can with Garage Band for Mac OS. The updated Action Center toggles for changing screen brightness and adjusting other features was cut too. 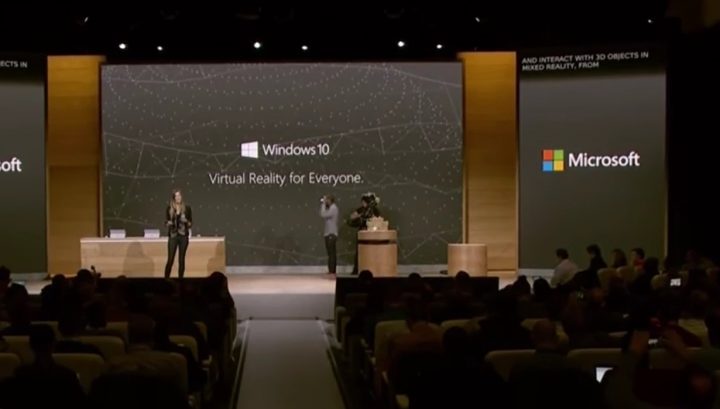 When You’ll See Windows 10 Creators Update on Your PC

If the launch of Windows 10 taught us anything collectively back in 2015, it’s that Microsoft tends to like soft launches. Apple announces an update and makes it available for everyone immediately. Microsoft prefers to slowly roll out updates.

Because of this, it’s entirely possible that you won’t see the upgrade arrive for you until a bit after the Windows 10 Creators Update release date. The company will start slowly with devices it knows are fun, then roll it out to a growing number of users as it becomes more confident the upgrade will go well. It’s expected that the Windows 10 Upgrade Utility will let users skip the wait and update on their own time. Microsoft is expected to offer ISO files for those that would like to do a fresh install too. 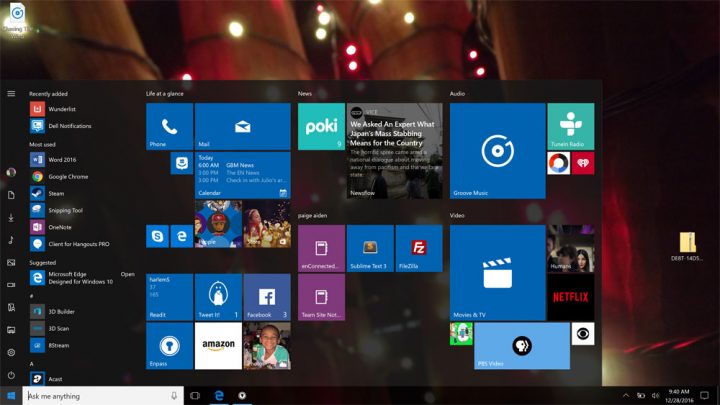 Users will know that they’ve downloaded the Windows 10 Creators Update because their PC tells them after finishing up.

All told, the Windows 10 Creators Update has some interesting features, even if more of them aren’t must-haves. Rumors indicate that users can expect a more impactful upgrade from the second update the company has planned for 2017.