Apple iPhone 13 rumors are heating up and if you’re thinking about buying Apple’s 2021 iPhone, there are some things you’ll want to do before the iPhone 13 release date arrives.

We’re just days away from the official announcement which means a lot of you should hang around and wait for the iPhone 13, iPhone 13 mini, iPhone 13 Pro, and iPhone 13 Pro Max. Yes, Apple is expected to keep the same four iPhone models around in 2021 though it looks like that will change next year.

The iPhone 13 series will reportedly have a variety of changes on board including upgraded screens, better performance, improved cameras, better 5G, and a whole lot more.

We don’t have an official iPhone 13 release date yet, but we’ve heard the release will take place in September instead of October like last year.

While it might seem like it’s a bit early to start preparing for the iPhone 13 release date, taking some steps ahead of time will ensure that you’re fully prepared to buy one when the time comes. Your research might even propel you toward another iPhone model or a smartphone outside of Apple’s ecosystem.

In this guide we’ll take prospective iPhone 13 buyers through some steps to take ahead of Apple’s iPhone 13 launch date.

If you’re interested in buying Apple’s iPhone 13 in the fall, you’ll want to track the latest rumors as we push toward their release date. 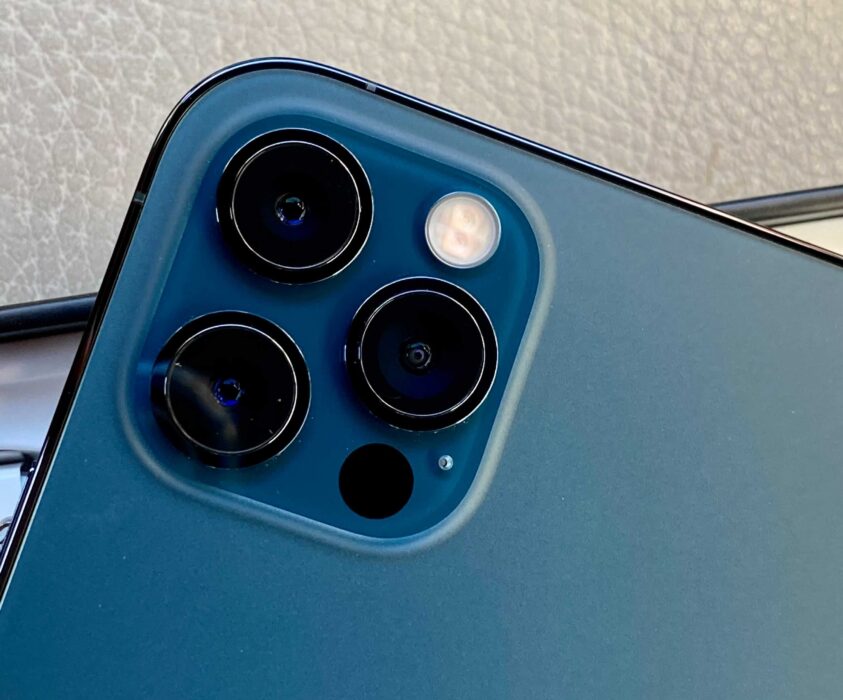 Apple will do its best to keep iPhone 13 details under wraps, but leaks are inevitable. We’ve already seen a bunch of rumors outline potential iPhone 13 features and we’ll see plenty more as the days go on.

These rumors will fill in many of the blanks ahead of the iPhone 13 release date and they’ll help you set proper expectations as we get closer to Apple’s announcements.

In addition to keeping an eye out for hardware and software rumors, you’ll also want to keep your eyes peeled for supply chain rumors.

Last year there was a ton of back and forth about the iPhone 12 release date and Apple eventually pushed its announcements into October due to the strain caused by the coronavirus.

As of right now, the iPhone 13 release date looks like it’s on track for September rather than October.

Bloomberg’s Debby Wu and Mark Gurman, reliable sources, claim all of Apple’s iPhone 13 models are “expected to be announced in September, earlier than last year’s October introduction partly thanks to the supply chain recovering.”

Respected analyst Ming-Chi Kuo claims that Apple will return to its traditional September timeframe for the iPhone 13’s release.

Trendforce also believes the 2021 iPhones will arrive in September. The Taiwanese research firm has reiterated this in a newer report. Wedbush analysts think Apple will unveil the iPhone 13 series during the third week of September.

Digitimes says Apple’s planning multiple product events for September. According to its sources, Apple will “host a series of product launch conferences in September.”

Unsurprisingly, Apple has confirmed a launch event for September 14th and that’s where you can expect the company to showcase the new iPhones for the first time.

A recent report from Reuters highlights some of the issues Apple’s facing with its iPhone 13 production. Foxconn says component shortages could extend into next year. Another report, from Wave7 Research, says the chipset shortage is impacting everyone but Apple.

The iPhone 13 series should launch in September, but there’s a chance stock’s limited at launch. If rumors start pointing to potential shortages, you might want to think about putting in a pre-order.

Keep an Eye on Your Upgrade Eligibility

If you’re planning to buy an iPhone 13 fall, or even if you’re just thinking about it, you’ll want to keep an eye on your upgrade status as we push closer to the release date.

Carriers will sometimes move up your upgrade status so you’ll want to check in on it to see if anything changes in the buildup to the iPhone 13 release date.

Checking your current upgrade status is easy and only takes a few minutes. Here’s how to check your upgrade online at Sprint, Verizon, AT&T, T-Mobile, and U.S. Cellular.

If you’re currently using an iPhone 6, iPhone 6 Plus, iPhone 5s, an older iPhone, or an Android phone, and you plan on upgrading to an iPhone 13 later this year, you’ll want to get familiar with iOS.

Right now, the current version of iOS is iOS 14. If you own a newer iPhone model, you’ve probably already upgraded to the software and you can skip this step.

If you’re still using an older version of iOS or you’ll be moving from Android, use this time to get comfortable with iOS 14. You can start with our guide to the software.

Apple’s also confirmed iOS 15 which will be the software that powers the iPhone 13 series. It’s important to get familiar with that version of iOS as well. Fortunately, you can do that right now.

The company’s pushed iOS 15 into beta testing and if you own an eligible device, you can download a pre-release version on your current iPhone, if you have one.

If you prefer to keep your devices on stable software, you can follow iOS 15 from a safe distance. Either way, you’ll want to dig into the changes on board.

For more on iOS 15, check out our guide.

As we push toward the iPhone 13 release date, you should spend some time getting familiar with the best iPhone accessories. This way you’ll know exactly what to buy and how much to spend if you decide you want to pair your new phone with some extras.

We recommend reading reviews and digging into the best iPhone accessories before Apple makes its announcements. Some accessories could drastically alter how you use your phone.

Make sure you get a feel for potential costs, dig into the pros and cons of each manufacturer, and find styles that appeal to you. This way, you’ll be ready to go in the fall.

Figure Out How Much Storage You Need

Start thinking about how much storage you’ll need on your iPhone 13. 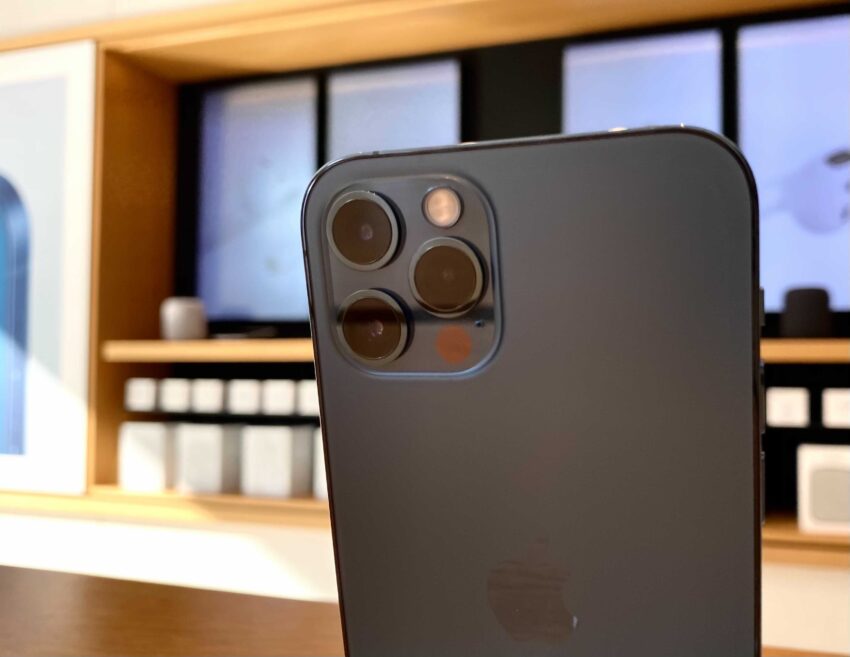 Picking the right amount of iPhone storage will help you save money and avoid headaches down the road. While some of you will be perfectly fine with the least amount of storage, others will want the peace of mind that comes with having lots of internal space available.

If you’re unsure about what you might need, take a look at our iPhone 12 storage guide.

Look Into Other iPhones

Before you make a decision to wait for the iPhone 13 release date, you’ll want to get acquainted with current iPhone models. You might find an iPhone you really like, at a price you love, before the iPhone 13 arrives.

First, we recommend taking a look at Apple’s current flagships. Apple’s iPhone 12 mini, iPhone 12, iPhone 12 Pro, and iPhone 12 Pro Max are all outstanding options and you should be able to score a deal well ahead of the iPhone 13’s arrival.

Waiting for the iPhone 13 might be tempting, but a lot of you might be better off buying another iPhone right now. If you do, you’ll be able to upgrade to an iPhone 13 next year.

You should also be sure to check out the best iPhone 13 alternatives in the buildup to the release. You might find something you really like outside of Apple’s ecosystem. 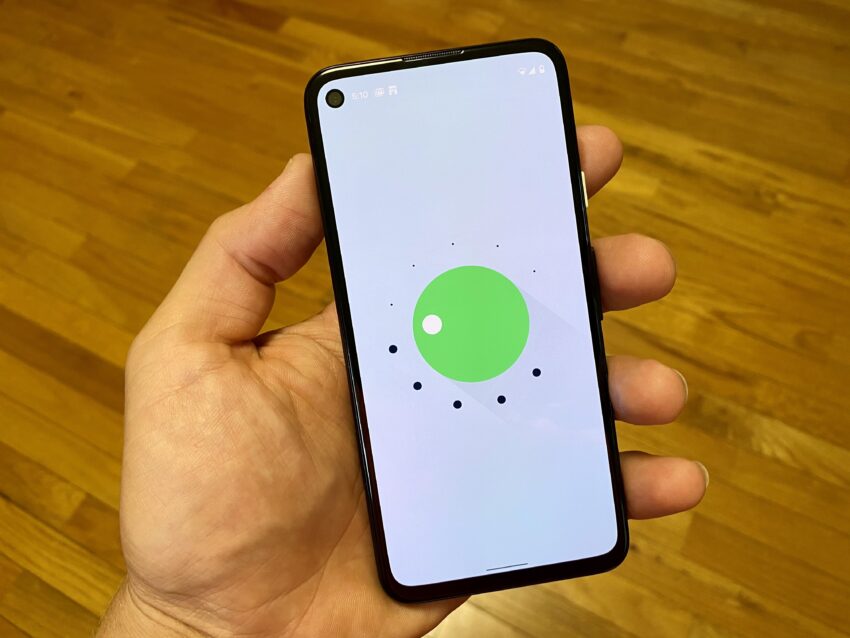 Here are a few we recommend taking a look at:

Dig into these, and others if you need to, before you make a decision to wait for the iPhone 13 release.

If you plan to upgrade this year, make sure you have a plan for your current phone.

Some of you might know of a friend or relative who could benefit from your current device. Ask around and see if anyone might need a hand-me-down later this year. You might also look into donating your phone to charity.

If you plan on selling your current device to help offset the cost of your iPhone 13, you’ll want to dig into prices at popular resellers.

You’ll also want to keep your current phone in pristine condition because that’s how you’ll get the most money back from those resellers, your carrier, or Apple when iPhone 13 trade-in offers go live.

New iPhones come with a standard warranty, but AppleCare is an extended warranty service that delivers better support.

If you aren’t familiar with AppleCare’s service and its benefits, you should research them in the days ahead. You should also look into AppleCare alternatives.

You’ll be able to add AppleCare to your bag during the checkout process when you purchase your new device. You can also buy it later if you decide to wait.

Each carrier has its pros and cons, but you might find one that stands out. If you’re interested in switching carriers, have a look at our guides covering AT&T, T-Mobile, and Verizon.