21 SNES Classic Games: Everything You Need to Know

This is what you need to know about the 21 SNES Classic games, including a never before released SNES game StarFox 2. Nintendo confirmed the SNES Classic games that you will be able to play on the $80 retro console that is coming in September, and we’ve learned that it will be very hard to find.

If you want to invest $80 in the SNES Classic, you’ll want to get familiar with the games so that you can decide if this is worth buying. The NES Classic came with 30 games, but the SNES Classic games list is smaller at just 21 titles.

You will not see Nintendo add new SNES Classic games after the release date, but you may be able to sideload them like you could on the NES Classic. If you want to play more SNES games, you may want to invest in a used Super Nintendo, which is $89.99 from GameStop. This allows you to play many more games, but you will need cartridges.

How to Find the SNES Classic in Stock

What SNES Classic Games Do You Get? 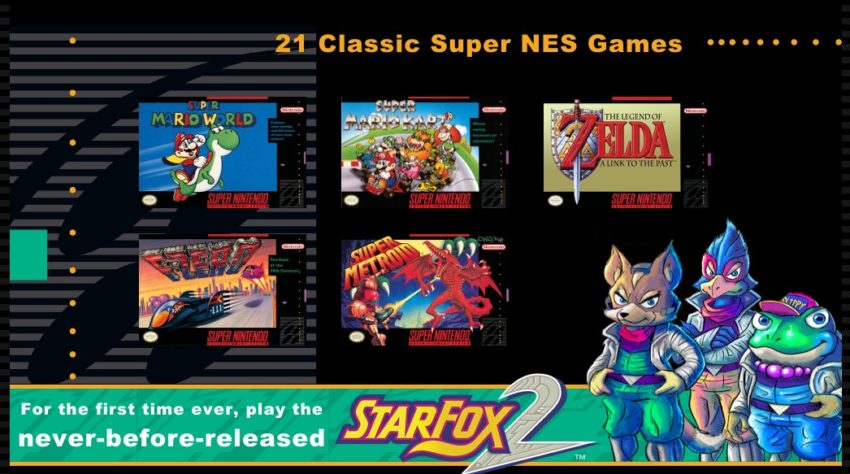 Here are the Super Nintendo Classic games you get with the new console.

Here are the 21 SNES Classic games you get with the $80 console, along with two controllers, and you can plug in other accessories to play on this console. You cannot put a SNES cartridge that you own or buy into the smaller console to play. There is no slot to support playing other games. All of the SNES Classic games are digital, so you won’t need to carry games with you or switch cartridges.

You can expect the full versions of these games, with no limitations and no major changes from the originals. One of the positives is that you should still be able to use a variety of cheat codes on the SNES Classic games.

We saw an NES Classic mod unlock the ability to add new games to the console. This worked because it is essentially a small computer running Linux that basically emulates the NES. The odds are good that the SNES Classic operates in a similar way, and may be exploitable down the line.