DICE’s released another massive Battlefield 1 update and today we want to go over what we know about the July Battlefield 1 patch’s size, contents, and its brand new map.

A few weeks ago, DICE delivered its June patch which brings new features and bug fixes along with the game’s first night map, Nivelle Nights.

Today, the developer’s released its July update and the game’s second night map, Prise de Tahure. The map is available to They Shall Not Pass owners, Premium Pass holders, and those who take advantage of a very special offer.

Our walkthrough will take you through the July Battlefield 1 update’s release, what’s on board, a look at the new Prise de Tahure map, and a quick peek at what’s coming in August and beyond.

If you want to play Battlefield 1 today you need to download the Prise de Tahure update. As expected, DICE’s July patch is a big one and it requires a sizable chunk on your Xbox One, PS4 or Windows PC.

If you own a PlayStation 4, your patch should around 5GB in size. If you own a Windows PC, you’re looking at a 4GB download. And if you play Battlefield 1 on the Xbox One, your update could be close to 5GB.

If you’re running out of space on your hard drive you might need to do some cleanup. And if you’re using a wireless connection it might be a good idea to plug an ethernet cord into the back of your console to help speed up the download.

Prise de Tahure is the crown jewel of the July Battlefield 1 update.

Like Nivelle Nights, Prise de Tahure is a night map that features the Germans and the French. The precise battleground is located in the Champagne-Ardennes region in 1917.

The Prise de Tahure map isn’t limited to Premium Pass holders and They Shall Not Pass owners, at least not right now.

The developer’s released a new component called Premium Trials. When Premium Trials is active it “will give all players access to maps exclusive to Battlefield 1 Premium Pass owners.” 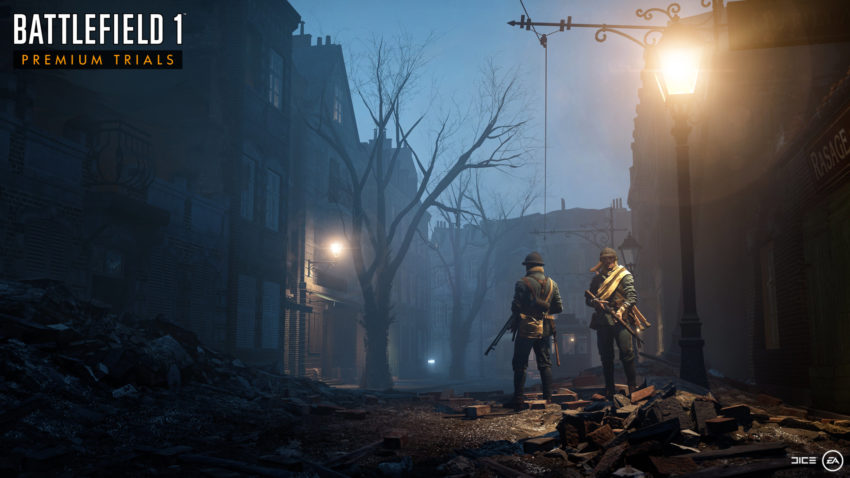 So, even if you don’t own They Shall Not Pass or the Premium Pass, you’re able to play Prise de Tahure and other DLC-related maps right now.

Premium Trials will be active for seven days.

The update’s fixed quite a few lingering issues but we expect the July update to bring some problems of its own. If you run into trouble, be sure to check our list of fixes for the most common Battlefield 1 problems.

After the July update comes the August update and the release of the first map from In the Name of the Tsar. 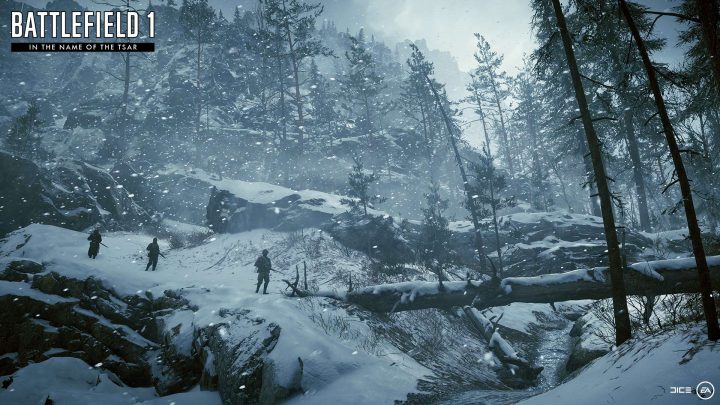 DICE recently confirmed plans to release the Lupkow Pass map in August, a few weeks before the DLC’s official release date in September. The company is planning to put the map into the CTE in July and we could see two to three other In the Name of the Tsar maps put into the CTE in July if everything goes according to plan.

Lupkow Pass will be included alongside a mandatory base game update though we expect the map to be limited to Premium Pass holders. One other note: The map won’t include any of the weapons from the DLC.

After that, we’ll see a few more updates before DICE releases its next piece of Battlefield 1 DLC, Turning Tides. Turning Tides is confirmed for December.

In early 2018, the company will release its fourth and final piece of DLC, Apocalypse. A specific month for the last DLC hasn’t been confirmed.

13 Things to Know About Battlefield 1 In The Name of The Tsar
Related Topics:Battlefield 1GamingTechnology