Red Dead Redemption 2’s online component drops sometime this month and there are a few things you should do if you plan on playing Red Dead Online when it arrives.

The company hasn’t announced a specific release date, but Red Dead Online is slated to hit the Xbox One and PlayStation 4 sometime in November.

The game’s online mode will start in beta which means it’ll likely be plagued with a variety of bugs and performance issues. Rockstar will use the feedback from the beta to improve the game going forward.

With the Red Dead Online release date set for November, here are a few things we think Xbox One and PlayStation 4 players should do before the game mode arrives. 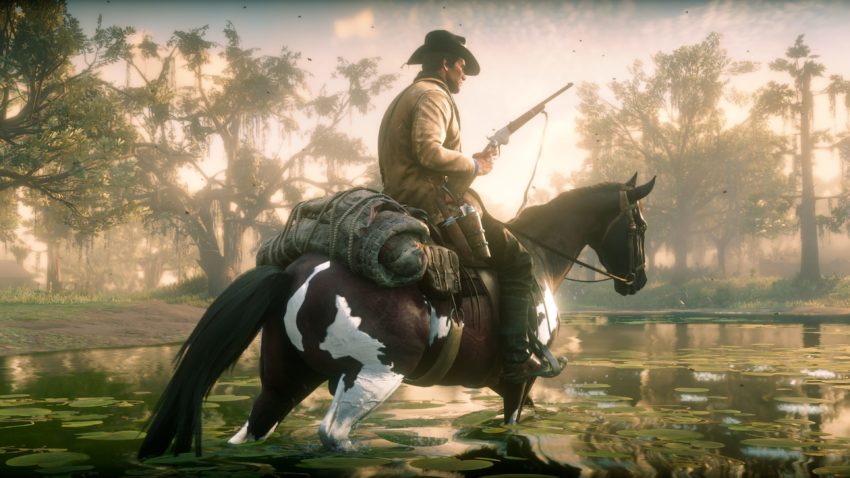 Anyone who owns a copy of Red Dead Redemption 2 can play Red Dead Online for free though there will be micro-transactions  in the game.

If you haven’t bought Red Dead Redemption 2 yet, make sure you buy the right version for you and your budget.

While the Special Edition bonuses are mostly focused on the Story Mode, the bonuses from the Ultimate Edition will appeal to those of you who plan to play a lot of Red Dead Online.

It’s expensive, but if you plan to play Red Dead Online for the next year, or longer, it might make sense to go with the Ultimate Edition.

For more on the pros and cons of each Red Dead Redemption 2 edition, take a look at our guide.

Get Through the Tutorial

The story mode’s “tutorial” will take most of you a couple of hours and it will introduce you to the game’s basics which include hunting, shooting, moving, interacting with NPCs, questing system, riding your horse, and using the inventory wheel.

All of these will likely play a role in the game’s online mode so it’s important to get familiar with them before you dive in with other players.

Get Familiar With The Map

Most players should continue beyond the tutorial a) because the game is good and b) to get familiar with advanced game mechanics and the map. The single player map will likely mirror Red Dead Online’s.

We don’t expect Red Dead Online to require another 90GB download, but Rockstar will likely issue an sizable update in order to deploy the online game mode. 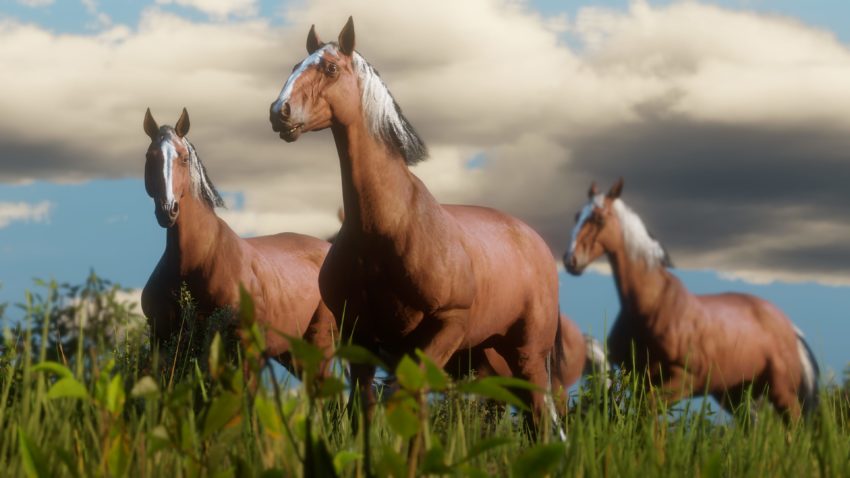 If you don’t have a ton of space available you’ll want to free up a few GB (at least) as we push toward the mode’s release date. Look through all of your data and delete files you no longer need.

Find People to Play With

Some of you are gearing up to play Red Dead Online with friends and family. Others are going at it alone. If you don’t have a group to play with just yet, but would prefer to roam the map with a gang of like-minded people, try and find some people to play with right now.

These are a ton of places to seek out future playing partners, but the Red Dead Redemption Reddit is probably the best place to find a group.

Red Dead Online will likely be enjoyable as a solo player, but if it’s anything like GTA Online or Red Dead Redemption’s online mode, you’ll have a lot of fun riding around and exploring with a group.

Keep an Eye Out for Rumors

Rockstar hasn’t gone into the specific Red Dead Online details just yet, but rumors have outlined some of the key details ahead of time. We aren’t going to spoil them here, but if you’re interested, take a look at our guide to Red Dead Online beta.

If you don’t care about spoilers or if you’re still on the fence about picking up a copy of the game before Red Dead Online launches, make sure you keep an eye out for unofficial and official information.

It will help you set the proper expectations for the beta.

Invest in a Mic

If you plan to play Red Dead Online with a group of players, it might be time to invest in a new microphone.

You don’t need to spend $200+ on a great dedicated microphone. There are some great $40-50 mics out there that will do the job just fine.

Here are a few reasons to invest in something a little nicer than a pair of earbuds:

PS4 and Xbox One controllers still have a 3.5mm headphone jack so if you don’t want to spend a ton of money, you should look around for a pair of headphones. Just be sure to test them before the Red Dead Online release date arrives.

Think About Buying the Xbox One X or PS4 Pro

If you’re still using an original Xbox One or PlayStation 4, and you own a 4K television, you might think about buying a new console in and around the Red Dead Online release date.

There are some great reasons to invest in a new console in 2018. Games not only look better on the PS4 Pro and Xbox One X, but they perform better too.

If you want the best version of Red Dead Online you’ll want to consider buying one this fall. If you don’t know where to start we’ve put together guides to buying the Xbox One X and PlayStation 4 Pro.

We should see a bunch of PS4 and Xbox One X Black Friday deals keep your eyes peeled as we push toward the start of the holiday shopping season.