These problems are affecting those on the developer beta and those using the public iOS 11.4 beta via Apple’s Beta Software Program.

If you’re experiencing these problems on your iPhone or iPad, they might have you considering a downgrade to an official version of iOS 11. That’s certainly an option, but you’ll want to try and fix your performance issues before giving up on Apple’s latest beta.

This guide outlines the steps to take if iOS 11.4 beta starts acting up on your device. Some of these steps take a few seconds to complete, others are a little more involved.

We recommend setting aside 15-20 minutes of quiet time to perform some trial and error on your iPhone, iPad or iPod touch when and if you start noticing issues with iOS 11.4 beta.

In our experience, a simple restart could have a tremendous effect on your device’s performance, particularly if you haven’t rebooted your phone or tablet in awhile.

If your device is running out of internal storage, we highly recommend doing some cleanup. If you reduce the amount of clutter on your iPhone or iPad, you could see a nice boost to your device’s overall speed.

Head into the Settings application and go to General. Scroll down to where it says iPhone Storage (iPad if you’re on an iPad). iOS 11 gives you a much more detailed look at the data being stored on your device. It also makes some recommendations based on your utilization of the hard drive. Consider taking Apple’s advice. 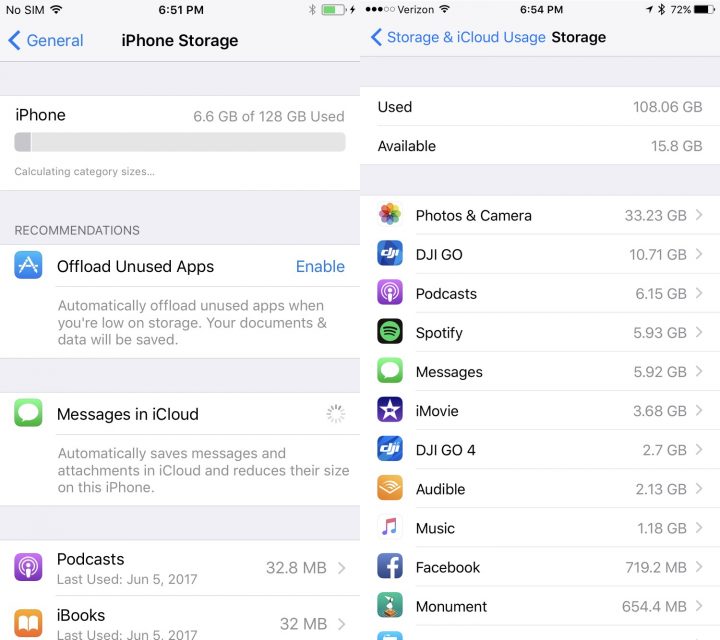 Scroll down to see what’s taking up the most space on your device. Comb through it all and delete the files you no longer need.

For more on quickly freeing up storage, take a look at our in-depth guide.

iOS beta software and first and third-party apps and services typically don’t get along. iOS 11 is no different.

We, and many others, are dealing with a frustrating iOS 11.4 beta app problems. Some apps are crashing, others are extremely buggy. This is normal for pre-release software.

While there’s no cure-all fix for iOS 11.4 beta app issues, there are a few things to try. First, try updating the app with the latest bug fixes and support.

If that doesn’t help, try reinstalling the application. Delete it from your device (hold down the icon until you get the little X) and then download it from the App Store.

Again, apps are prone to go haywire on pre-release software and there’s a good chance one or more of your applications are causing the performance issues on your phone.

First, we recommend deleting apps you no longer use to see if that helps. If it doesn’t, you might want to delete your apps one-by-one in an effort to find a rotten apple.

This is a tedious process but it could help negate the performance problems you’re seeing on your device.

iOS 11 features a ton of widgets. You probably don’t use all of them so it would be a good idea to disable any that aren’t in use. You could see a small performance boost.

To get a handle on your widgets, swipe to the right while you’re on your device’s the home screen. Scroll all the way to bottom of the list and select Edit. It’s the circular icon.

On the next screen you should see a long list of services and apps. These are your widgets. To remove a widget, tap the red circle with the white line and tap Remove. Remove as many as you want. You can always add them back.

If you’re using Background Refresh on iOS 11.4 beta, try killing it to see if your device’s performance improves.

When Background Refresh is turned on, your apps will be updated with new information while the app is idling in the background. It’s a resource hog and shutting it down could make things easier on your device’s processor.

To get a handle on this, head to Settings > General > Background App Refresh and toggle Background Refresh off. This will kill the feature.

You can also go down the list of apps one-by-one and disable them on case-by-case basis.

If your animations start to get choppy, try toning them down.

Like iOS 10, iOS 11 provides a sense a depth when you tilt your device and open and close your apps. Minimizing this feature could smooth out iOS 11.4 beta’s performance.

You’ll also want to reduce transparency and blur effects. This could also help out your device’s processor.

The iOS 11.4 beta will never be perfect. That said, the company gradually start to fix some of the issues beta testers and its engineers find.

We expect future iOS 11.4 beta updates to fix at least some of the bugs from the previous releases and a new beta could have a positive impact on your device’s overall performance.

Keep an eye out for the next iOS 11.4 beta. It should arrive soon.