The new iOS 8 update arrived this week bringing the same software found on the iPhone 6 to the iPhone, iPad and iPod touch. The iOS 8 release arrived in the middle of the week with excitement and a fair share of problems. With the right guide you can avoid most of these issues for a trouble free iOS 8 update this weekend.

Apple announced the free iOS 8 update in June with a focus on adding new features and catching up to Android with third-party keyboards, iOS 8 widgets and the ability to answer calls and send texts from your iPad or Mac. Add on a better Messaging app, Group messaging add ons, a new Health app and more. The iOS 8 update also adds Family Sharing so everyone in your family can use the same apps, movies and music.

Before you start the iOS 8 update this weekend, check out these iOS 8 update tips, guides and important information you need to know for a successful update. 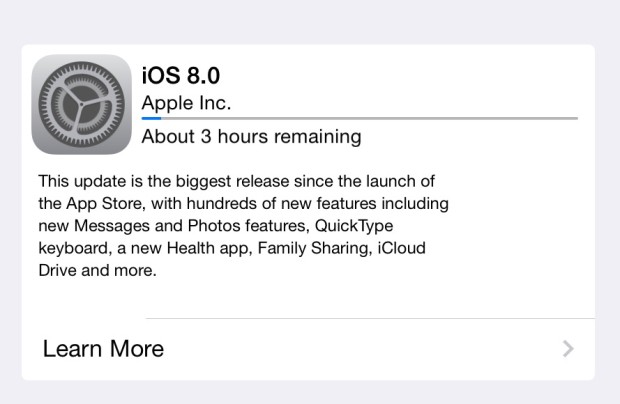 Some iOS 8 download times are a more agreeable three hours.

The iOS 8 update will still take a while to complete. We don’t expect to see the incredibly long six to 20 hour iOS 8 download times, but if you are going to update from your phone you can still count on an hour or so to complete and prepare the iOS 8 download.

You Don’t Need to Install the iOS 8 Update

Even when Apple sends an alert that there is an iOS 8 update you don’t need to install it. iOS 8 is full of features and security fixes, but it’s not something you have to install to keep using the iPhone or iPad.

Sometime soon you may need iOS 8 for some app updates, but if you are using an older device, use special apps for work or use an iOS 7 jailbreak you don’t need to install iOS 8.

You can update to iOS 8 over the air, without connecting to a computer, but it’s not the easiest way right now. Here’s how to update iOS 8 using WiFi and your device and through iTunes. If you can, iTunes is the best option this weekend as downloads are faster and there is less chance of something going wrong during the download. 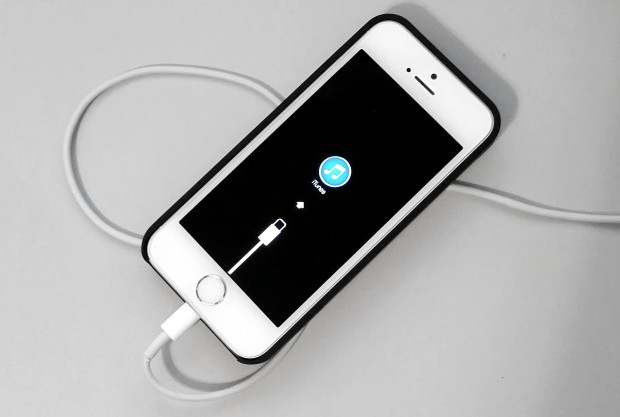 Use this trick to manually install iOS 8 and skip long downloads.

There are other important things you need to know about the iOS 8 update and what you can do to fix any potential problems.

If your iOS 8 update fails you can use this information to restore in iTunes to fix the problem. Just make sure you backup before you update.

No iOS update is perfect, so you should make sure to read our iOS 8 reviews before you update. You can still downgrade from iOS 8 to iOS 7 for a limited time, but soon that will not be an option. Here’s how iOS 8 performs on our devices.

We’ll be working on full iOS 8 reviews as we use each of these devices more during the coming days.

You need to make up your own mind, but the iPhone 4S is not a great fit for iOS 8 and neither is the iPad 2. Both of these devices are older and don’t do as well with the new update.

We’re already hearing complaints about iOS 8 iPad 2 problems from many users, and benchmarks show that the iPad 2 is slower than on iOS 7.

The iPhone 4s performance is not the greatest and iOS 8 feels cramped on the 3.5-inch screen. You can check out this article for details on where you’ll notice the speed issues.