iOS updates, even the tiny bug fix updates, always bring their own collection of problems to Apple’s mobile devices.

To address lingering iOS 9 problems, Apple pushed a series of iOS 9 upgrades to its iPhones, iPads, and iPod touch models including its final iOS 9.3.5 update. Devices like the iPhone 4s are stuck on iOS 9 with no way to get to iOS 11 or Apple’s upcoming iOS 12 update.

Today we want to touch on the current state of iOS 9.3.5 problems for iPhone, iPad and iPod touch and provide you with the most important information you need to know as we push into 2018.

This roundup includes a look at fixes for iOS 9.3.5 problems, places to find feedback about your specific update, information about the iOS 9 downgrade, and a look at what’s next.

iOS 9.3.5 is a small update for iOS 9 users with a short list of patches for some serious exploits. The iOS 9.3.5 update is working fine for some users, but many others are running into trouble with Apple’s final iOS 9 update.

Latest iOS update (9.3.5) is sucking battery like a thirsty camel.

Convinced that the battery drain I'm having with iOS (now 9.3.5) isn't a bad battery, as it happens with the battery case as well.

Anyone noticing major battery drain after the new iOS 9.3.5 update?

The iOS 9.3.5 update Apple released yesterday is important to install but it seems to have broken Bluetooth audio with my Citroen C4

That’s the bad news. The good news is that iOS 9.3.5 problems appear to be isolated to a small group of iPhone, iPad and iPod touch owners. Many users are having positive experience on iOS 9.3.5.

Where to Find Feedback About iOS 9.3.5

It’s important for everyone using an iOS 9-powered device, particularly those who have already upgraded to iOS 9.3.5, to keep an eye on feedback about the update’s performance.

We’ve put together some reasons to and not to install the iOS 9.3.5 update right now. If you’re on the fence, start there.

We’ve put together our impressions of the update’s performance on the iPhone 4s, one of the high profile devices stuck on iOS 9. This roundup will give you some insight into iOS 9.3.5’s potential problems, and benefits.

If those aren’t enough, we recommend keeping an eye on YouTube, Apple’s discussion forums, social media sites like Twitter/Facebook, and the MacRumors forums for additional feedback about the iOS 9.3.5 update.

If you’ve run into an iOS 9.3.5 problem on your device, there’s no need to panic. There’s a good chance there’s a fix out there for your issue.

If an iOS 9 problem problem pops up on your iPhone, iPad or iPod touch, start with our list of fixes for common iOS 9 issues.

Our list features fixes for the most common iOS 9 problems including abnormal battery drain, Wi-Fi issues, and problems with Bluetooth.

If you run into iOS 9.3.5 activation problems you’ll want to consult Apple’s support document because it comes with a potential fix. 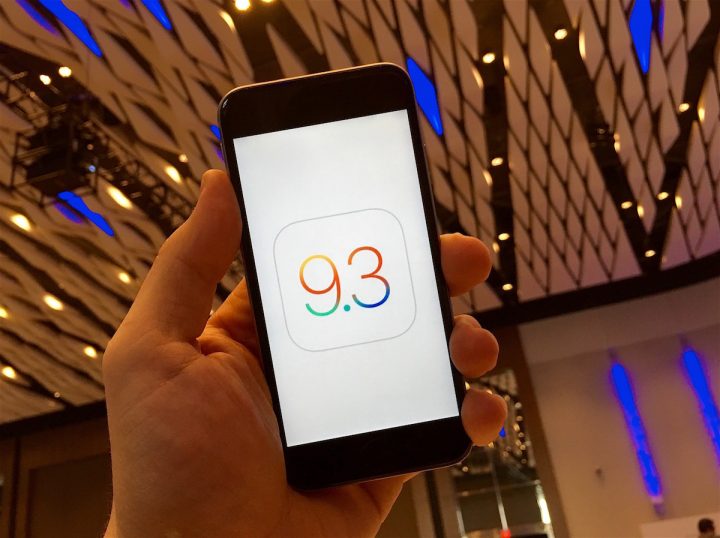 If you can’t find a fix there, you should head on over to Apple’s discussion forums for iPhone, iPad, Apple Music, and more. There, you’ll find a library of fixes and a helpful community that can and will point you in the right direction.

If you can’t find a fix online, you can get in contact with Apple Support via Twitter or schedule an appointment to see a Genius at an Apple Store.

Apple is no longer signing off on the iOS 9.3.4 update which means you can no longer drop back down in an effort to improve performance.

If you need help understanding this process, take a look at our iOS 9 downgrade walkthrough. It’ll help you drop down to an old iOS upgrade in minutes.

Moving to Apple’s iOS 11 update could improve your device’s performance. Unfortunately, iOS 11 isn’t available for all iOS 9.3.5-powered devices. Some devices will stay on iOS 9.

Those of you with the iPhone 4s, the iPad 2, original iPad mini, or an iPod touch fifth-generation or below can’t move to iOS 10 or iOS 11. You won’t get iOS 12 either.

If you own one of those devices and you’re dealing with an iOS 9 problem, you’ll need to fix the problem yourself or take the device in to an Apple Store.

4 Reasons Not to Install iOS 12.5.6 & 10 Reasons You Should
Related Topics:AppleiOSiOS 9iOS 9.3iPadiphone