The new Nintendo Labo kits will turn your Nintendo Switch video game console into an interactive toy. That’s why these new gaming add-ons are so exciting.

Nintendo Labo are Nintendo Switch accessories that inspire kids to make and create things. Set to launch this April, each kit comes with everything kids need to spark their imagination. One massive Nintendo Labo kit turns the Nintendo Switch into a working robot suit. Another kit lets kids make their own pianos with sound and motorbikes that have motion controls. Because each accessory is cardboard and comes with easy to follow instructions, kids can make them with or without adult supervision. 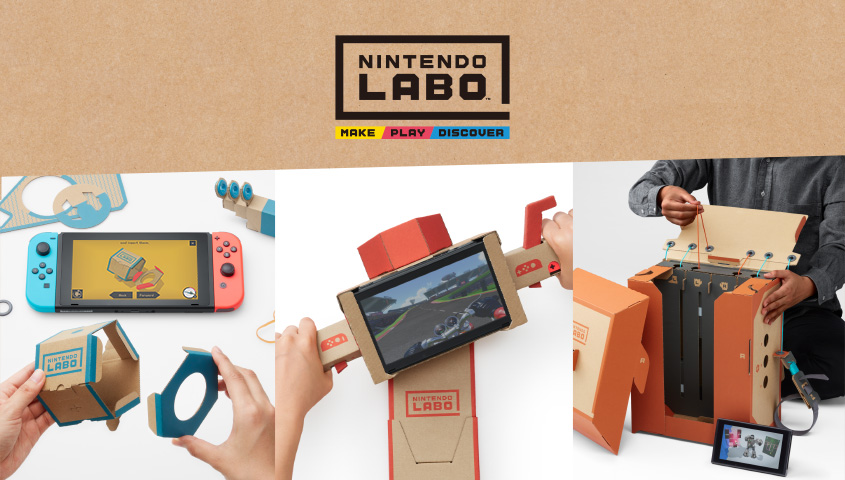 If you’ve ever worried that video game consoles don’t inspire creativity in your child the same way model kits and Lego creations do, Nintendo Labo is for your family. Here’s everything you need to know about them.

What is Nintendo Labo?

Nintendo LABO are accessory kits that encourage kids to create on their own. They fashion the robot suit, piano, fishing rod controller, house and other models out of the cardboard, string and rubber bands that come in one of two packs. 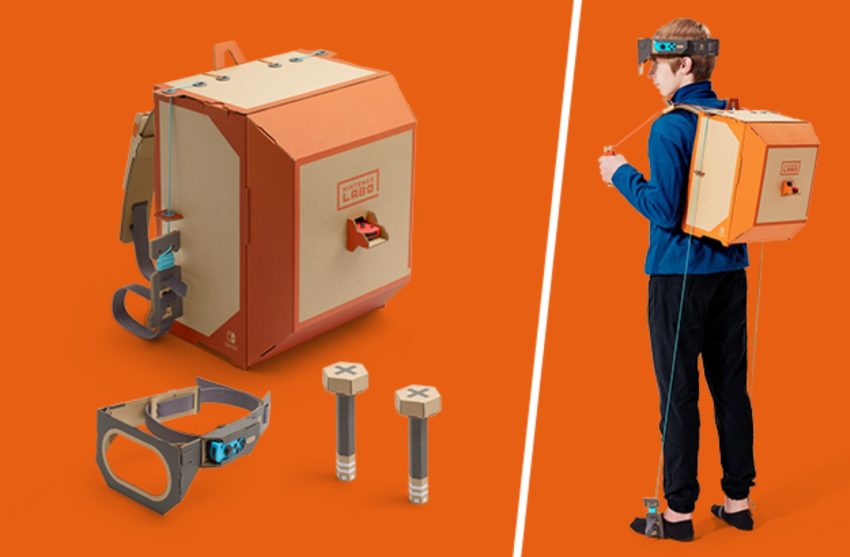 All told, Nintendo Labo seems inspired by the plastic toys that convinced millions to buy a Nintendo Wii. With plastic accessories, players turned the Wiimote into tennis rackets, steering wheels, fishing lines and other accessories designed to immerse them in gameplay. The main difference here is that kids get to build these extras themselves instead of being handed something pre-made. Also, these Nintendo Switch accessories don’t need to take up space in your home or end-up in a landfill. Because they’re cardboard, you can just throw them away.

That being said, once you see how much each Nintendo Labo kit costs, you may think twice about ever throwing a creation away. Nintendo has two Nintendo Labo Kits coming, each with their own theme, and neither of them are cheap.

All the things kids can make with the Labo Toy-Con Variety Pack.

The Toy-Con Variety Kit includes materials, a Game Card and a build guide for the Nintendo Switch accessories. Your child can build a car, a fishing rod, a motorbike, a piano and a house from the cardboard sheets, rubber bands and stickers that it includes. It will cost $69.99.

The Nintendo Labo Robot Kit lets kids make a motion controlled robot suit that responds to their arm and feet movements. This kit is almost like buying a complete virtual reality game. It will cost $79.99 and also includes a companion Game Card to insert into the Switch.

Finally, there’s the Nintendo Labo Customization Set for $9.99. This isn’t a creation kit like the other two. Kids use it to customize their Labo creations. It comes with two tape rolls, two sticker sheets and two stencil sheets. 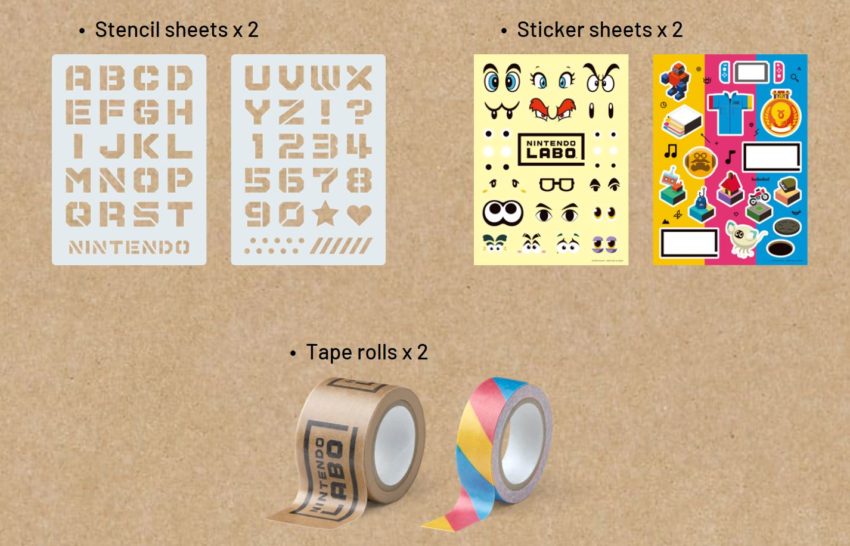 Everything in the Labo Customization Kit.

Nintendo Labo pre-orders have started at some stores and remain missing at others.

Two companies have Nintendo Labo pre-orders today. GameStop shoppers can buy the Variety Kit and the Robot Kit today. The company isn’t offering any pre-order discounts or savings yet. Amazon also has the [easyazon_link identifier=”B01N4N8NAL” locale=”US” tag=”gbm-ea-20″]Robot Labo[/easyazon_link] and the [easyazon_link identifier=”B01MY7GL3O” locale=”US” tag=”gbm-ea-20″]Toy-Con Labo[/easyazon_link], but it’s unclear if buyers will get a discount on the kits with an Amazon Prime subscription. Pre-ordering new games there with a Prime membership gets shoppers 20% in savings usually.

Three stores, Target, Wal-Mart and Best Buy, sell Nintendo Switch consoles and accessories, but don’t have Nintendo Labo pre-orders available yet. It’s not clear when they will start selling Labo.

To give parents a complete idea of what Nintendo Labo offers, Nintendo is holding two Labo Studio events. The New York City preview runs from February 2nd to February 3rd, and the San Francisco Event starts on March 2nd and ends on March 4th. Parents can register for either event on the Nintendo Labo website with their Nintendo Account.