To understand my reasons for switching to a 12.9-inch iPad Pro from the Surface Pro 4, you must understand why I’ve purchased four Surface devices in total. I enjoy not having to choose between my notebook or tablet when I leave home. I like that all my files are with me without the help of a cloud storage service. I can go from writing a piece in Word to writing down my thoughts with a digital pen in minutes. I love my Surface Pro. 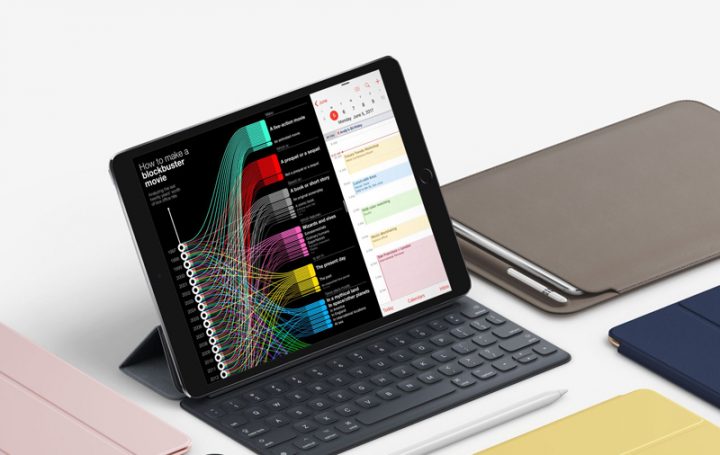 An iPad Pro with Smart Keyboard and Apple Pencil.

But the 12.9-inch iPad Pro wasn’t around when I started with Surface. Today, it is the only serious Surface Pro alternative for anyone that isn’t locked into using Windows. Apple’s Smart Cover would let me input text just as easily as the Surface Type Cover does. The Apple Pencil is as accurate as the Surface Pen, even if it doesn’t have a convenient eraser cap. I’d get access to new apps and a larger accessory ecosystem for less money than a 2017 Surface Pro costs.

If I were to switch from the Surface Pro 4 to the 12.9-Inch iPad Pro, LTE connectivity would be at the top of my reasons why. I find myself tethering my Surface Pro 4 to my phone to connect to the internet a lot, and it’s a hassle. 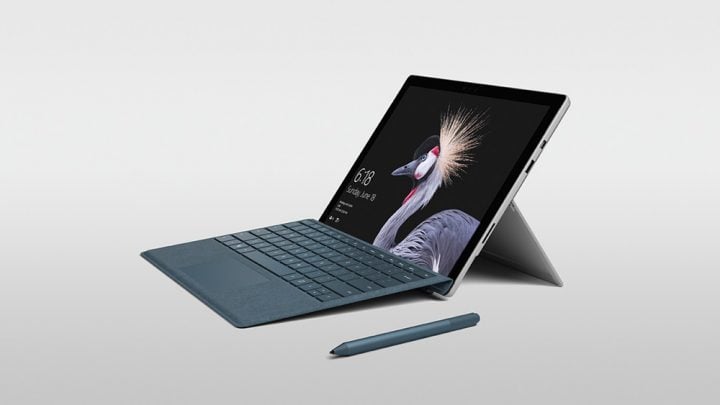 iPads have LTE connectivity built-in. You insert a SIM card and add them to your existing phone plan. You don’t need to have your phone connected to a battery pack to keep it from dying and taking your mobile internet connection with it.

Surface Pro devices don’t have LTE connectivity. The only Surface that did have it – the Microsoft Surface 3 – is no longer in production. Microsoft has promised a Surface Pro with LTE for years, but that device hasn’t arrived yet.

I’ve become almost entirely reliant on Windows Store apps. These are the touch-friendly apps that have Live Tiles on the Start Screen, built-in sharing, data-sync across PCs and can be easily restored. Today, the Windows Store has a great selection of mission critical apps, like Word, Slack, Instagram and Facebook. It’s missing tons of smaller apps, though.

I have the same routine each day. TuneIn Radio wakes me up to a stream of NPR News, and Fios Mobile lets me watch cable news while I go for my morning run on a treadmill. Philip’s Hue app turns on my office lights at 6 AM, where I sit and begin my day by reading the Washington Post.

I had to install an Android emulator to use my Surface Pro 4 for any of this because the Windows Store is missing these apps or doesn’t have solid replacements.

Switching from the Surface Pro 4 to the 12.9-Inch iPad Pro would solve that problem. What’s more, I’d keep access to the things I like about the Windows ecosystem. The iPad has a solid OneNote note-taking application that works with Apple Pencil. Word, Excel, OneDrive and PowerPoint have iPad apps too.

Microsoft’s sky-high pricing on the 2017 Surface Pro gives me another reason to investigate the 12.9-inch iPad Pro as my Surface Pro 4’s successor. I need more than 128GB of storage. 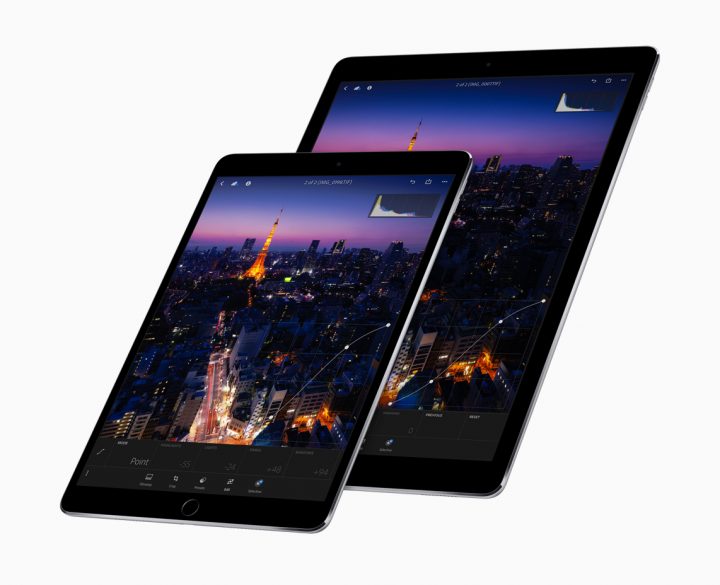 It’s more cost-effective for me to get an iPad Pro. They come with 256GB of storage for $899 with Wi-Fi and $1,029 with LTE connectivity. Compare that to the 2017 Surface Pro, which forces you to upgrade from a Core M3 processor to Core i5 processor to get 256GB of storage. This model costs $1,299, and again, Surfaces don’t have LTE.

Why would I pay more for a processor upgrade that I don’t want to get the storage that I need?

That doesn’t sound like much of a difference on paper, but I’ve checked it out at the Apple Store. You can feel the difference. As a big lover of reading in bed and carrying my devices in my hand, I think I’d enjoy its form factor more – even if I lose the Surface’s adjustable kickstand. 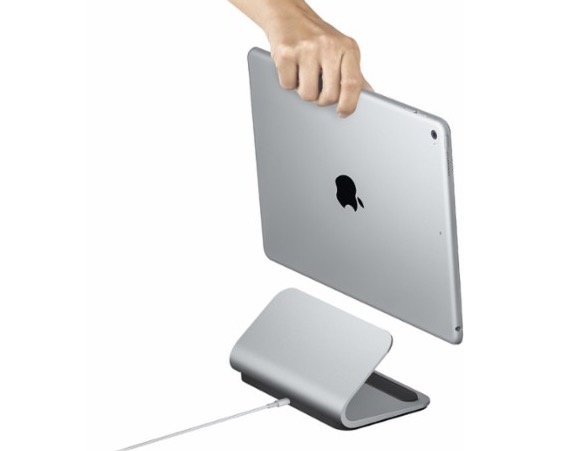 Logitech’s Base for iPad Pro.

The Surface Pro has a good set of first-party accessories. The smoothness of the Type Cover’s trackpad is nice. I really like the Surface Pen’s eraser cap too. However, the iPad Pro has some very cool things coming from accessory makers that I’d love to try.

I created a Surface Pro desktop dock with a metal tablet stand and an extra charging cable because I wanted a more convenient desk experience. The $99 Logitech Base for iPad Pro does exactly what my home stand doesn’t without me having to guide the charging cable into position. The Logitech Create iPad Pro case has real backlit keys and 1.33 millimeters of key travel. If I did switch, I might also consider Razer’s Mechanical Keyboard for iPad Pro. It has a kickstand like the Surface Pro 4 does. These are three really cool accessories that I can get for Surface.

But all that pales in comparison to the biggest reason I’m considering switching from Surface Pro to the iPad Pro: iOS 11. Apple is adding a lot of new features that make multitasking on it easier.

Again, I don’t use a lot of desktop apps on Windows these days. The only thing holding me to the operating system is its multitasking dynamic. I can have two apps open at a time, and I can switch apps easily by opening a new app from the Taskbar. I also like having a File Browser. 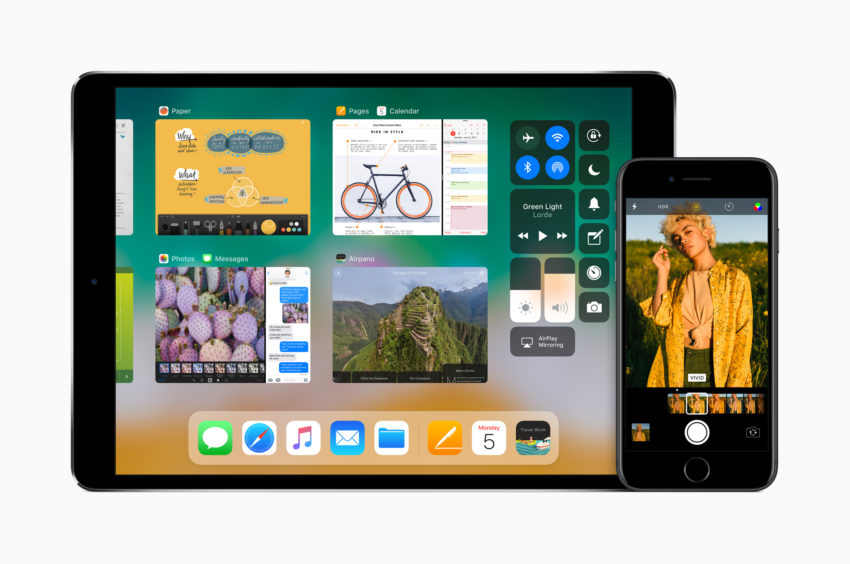 iOS 11’s new dock replicates the Windows 10 Taskbar just fine. You can switch between your most-used apps quickly. SplitView and SlideOver let you multitask with ease. Finally, the new File Browser gives you a handy way to navigate all the stuff stored on your iPad Pro. These features lead me to believe that I could stay productive on the iPad Pro without ruining my workflow and I’d have access to the iPad’s huge app catalog.

Really, technology should help you get things done as efficiently and effectively as possible. Surface devices have served me well thus far, and they may again in the future. I genuinely love the idea of a 2-in-1.

But I’m selling my device tonight, and I hope to pick up a replacement soon after. That device needs a quality app store, a vibrant accessory ecosystem, more storage and LTE. The 12.9-inch iPad Pro has these things today. I’ll miss Surface, but I have to do the right thing for me, even if it leads me further outside of Microsoft’s ecosystem.