The Samsung Galaxy Android Oreo update is making significant progress and today we want to take you through everything we know about the company’s plans for the Galaxy Note 8, Galaxy S8, Galaxy S7, Galaxy S6, Galaxy Note 5, and its other Galaxy phones and tablets.

Android Oreo is rolling out for the Galaxy S8, Galaxy Note 8, the company’s Galaxy A series, the Galaxy S7, Galaxy Tab S3, and many others.

Many other Galaxy phone and tablet owners are waiting for news about their upgrades and we can fill in a several blanks for you as we push toward 2019.

This roundup will walk you through the important things to know about Samsung’s Galaxy Android Oreo updates and the Galaxy Oreo release for popular devices and mid-range phones and tablets. It also takes a look at Samsung’s official version of Android 8.1 Oreo and its plans for Android 9.0 Pie.

We’ll continue to update this guide as we, and others, receive more information about Samsung’s plans for Android Oreo so bookmark this page and check back in with us for regular updates.

Let’s start with a few things you should know about Android 8.0 Oreo and the new Samsung Experience 9.0 UI. 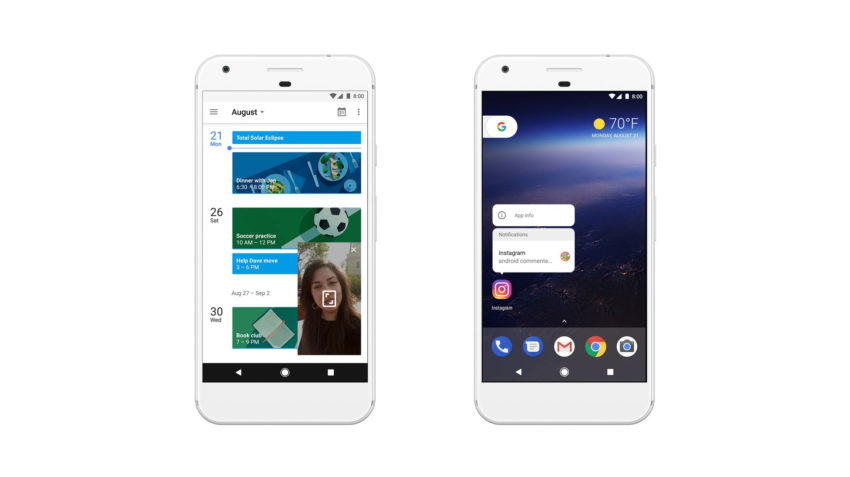 Samsung’s version of Android Oreo isn’t identical to the version Google’s rolled out to its Pixel and Nexus devices, but the two share a lot in common.

One other notable change: Galaxy Android Oreo users are now unable able to store fingerprint, iris, or facial recognition data unless a secure screen lock such as a pattern, PIN, or password is being used.

We’ve put together a guide that compares Google’s version of Android Oreo to Android Nougat. It’s a great start place for those that want to learn the ropes.

As for Samsung’s version of Android Oreo, here’s what we know so far. 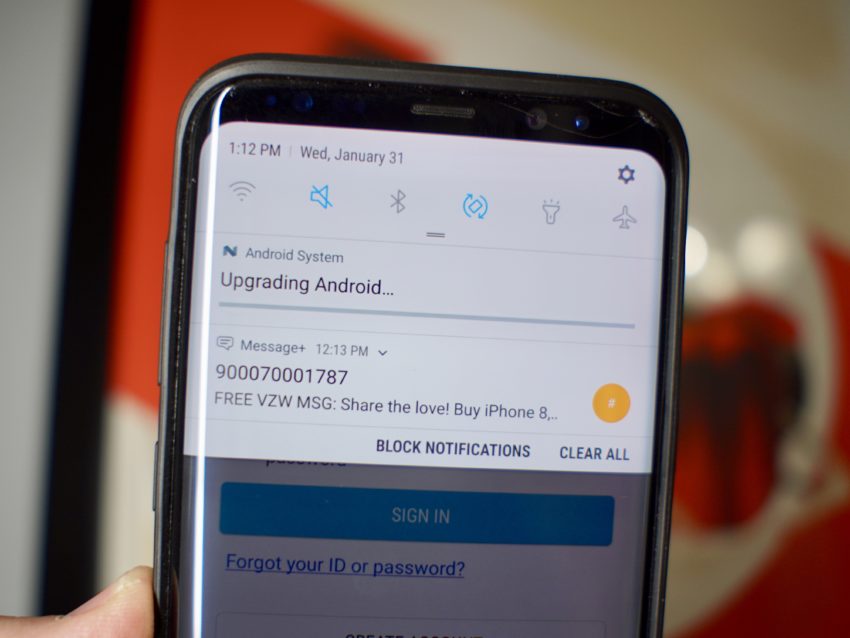 The company’s Samsung Experience 9.0 user interface is loaded up with new features, enhancements, and tweaks. Here are some of the features on board:

A new and improved Samsung keyboard

We’ve also put together a list of the the best parts of the Samsung’s Android 8.0 Oreo update and the guide is worth a look if you haven’t been following along. 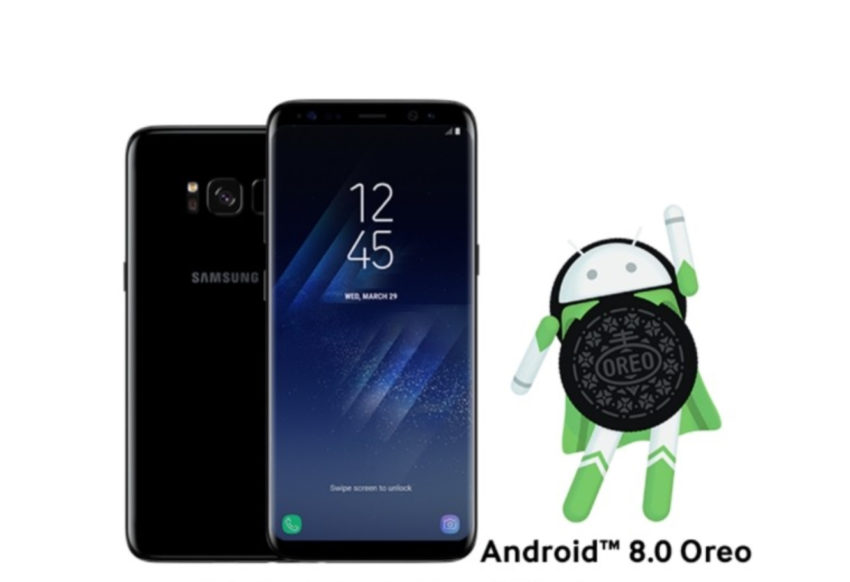 The Galaxy S9, Galaxy S8, Galaxy S8+, and Galaxy Note 8 get the best version of Android 8.0 Oreo and the Samsung Experience UI, but that doesn’t mean every device will get the same feature set. Every Galaxy Oreo update will be a little bit different.

Older devices typically miss out on some features and carriers often put their own spin on major Android releases.

As for the Samsung Galaxy Oreo release, here’s what you need to know.

Samsung and its carrier partners are updating the Galaxy S9 and Galaxy S9+ with new Oreo builds and these new builds deliver security patches and a variety bug fixes.

If you’re struggling with performance issues or bugs, keep your eyes out for a new release as we make our way into 2019.

The Android 8.0 update is rolling out to Galaxy S8 and Galaxy S8+ Oreo users in Europe, the United States, and other regions around the world including the Netherlands, China, Germany, India, Poland, Scandinavian countries, and several others.

Bell, Rogers, Telus and others have rolled the update out. So has fellow Canadian carrier Fido.

The Samsung Galaxy Note 8 Oreo update is rolling out in Europe for several models including branded and unbranded models. The update’s also landed for the unlocked Galaxy Note 8 in the United Kingdom.

T-Mobile’s Galaxy Note 8 Oreo update was paused on April 3rd, likely due to issues with the firmware, but it’s finally rolling out again.

In its note to Galaxy Note 8 users, T-Mobile says the following:

If your device meets the update requirements, this update will be available to you to download. To prevent network congestion, updates are briefly set on a scheduled daily limit.  If that limit is reached, check back again the next day, when the daily limit is lifted.

Carriers like Fido have pushed out the Galaxy Note 8 Oreo update, but other international carriers like Australian provider Vodafone, are still in the process of testing the software.

If you don’t want to wait for the official release, Snapdragon Galaxy Note 8 users can install the software and its features right now.

AT&T’s started rolling Android Oreo out to Galaxy S7 and Galaxy S7 Edge users in the United States. The updates come with a long list of changes including Samsung’s April security patch. 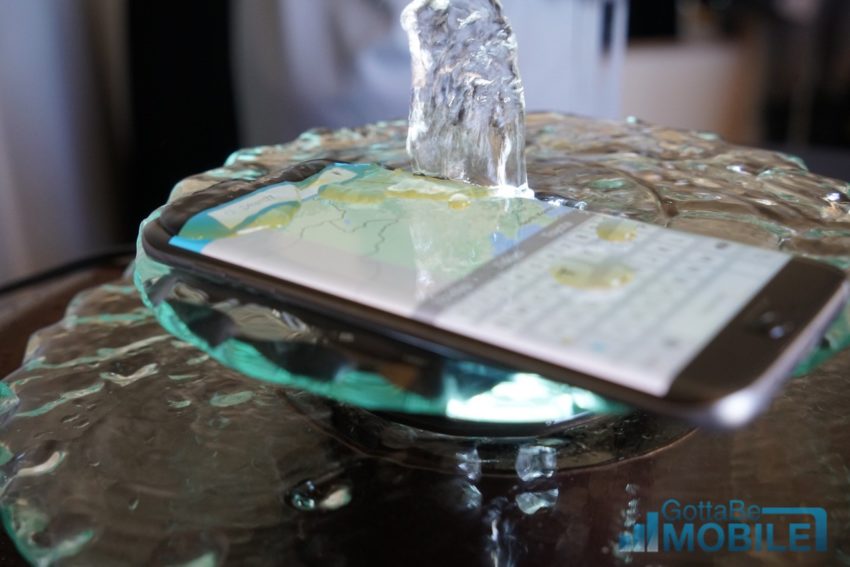 As for everyone else, Verizon’s pushed Android Oreo updates for the Galaxy S7 and Galaxy S7 Edge, and both are rolling out after a bit of a delay.

T-Mobile is also pushing Android 8.0 Oreo to the Galaxy S7 and Galaxy S7 Edge after a lengthy wait. Like the others, the T-Mobile Galaxy S7 Oreo update is big, 1.5GB+, but it brings a long list of changes with it.

After a long delay, U.S. Cellular’s finally released Android Oreo for its Galaxy S7 models. The update is known as G930R4TYU4CRF2 and it’s available via Samsung Kies right now.

Galaxy S7 and Galaxy S7 Edge users who don’t want to install it manually via Samsung Kies will see the update popup as a download in the near future.

Samsung’s also rolling the Oreo update out to owners of the unlocked Galaxy S7 and Galaxy S7 Edge in the United States. The update is 1.5GB. 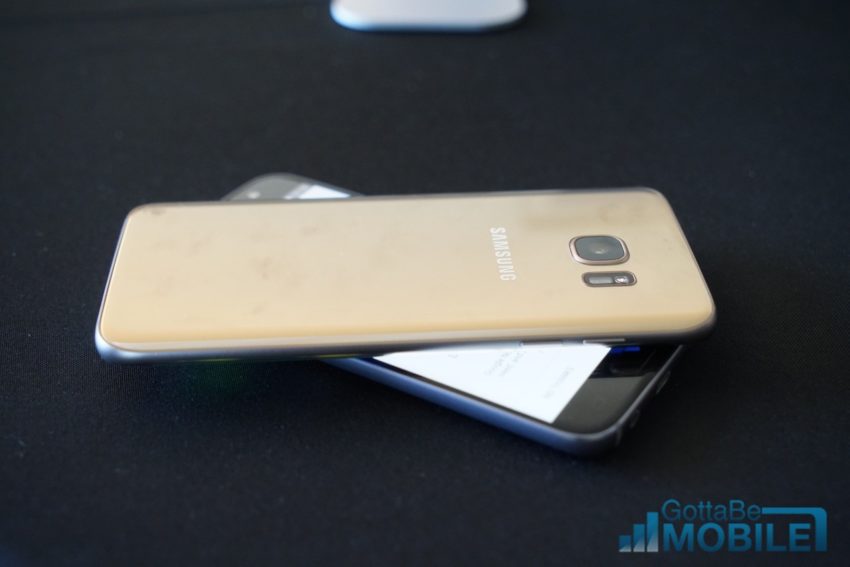 The Galaxy S7 Active Oreo rollout is also available to download. AT&T’s rolling Android 8.0 and Experience 9.0 out to theC rugged version of the Galaxy S7.

The update is 1.5GB and it comes with Samsung’s security patches from April, FirstNet IOC2, Mobile Hotspot APN support, Samsung Experience 9.0, and more.

Samsung is also rolling out its first batch of post-Oreo updates to the Galaxy S7. These updates have important security patches on board. The update is currently rolling out in Europe and should spread to other regions soon.g

Samsung is finally pushing Android Oreo to the Galaxy A8 (2018) and Galaxy A8+ (2018) and it includes an assortment of upgrades and Samsung’s July security patches.

The update is currently available in Russia and Ukraine and we expect it to land in other regions in the weeks ahead.

The Galaxy A7 Oreo update is currently rolling out to users in Turkey, Vietnam and Russia. The update is 1.3GB in size and it brings a collection of changes including the latest security patches from Samsung and Google.

The Samsung Galaxy A5 2017 Oreo update is reportedly rolling out bringing new features, enhancements, and fixes to the budget device. The update is 1.2GB.

Samsung started Russia, but the update has since spread to regions like Canada and Turkey.

The Samsung Galaxy A3 Android Oreo update is rolling out in Russia and several countries in Europe (including the Netherlands) bringing new features and enhancements to the mid-range device.

The Android Oreo update is hitting the Galaxy Note 7 Fan Edition (FE) in South Korea. Specifically, we’re hearing that it’s available for the models on LG U+ and SK Telecom.

We expect the update to hit more Galaxy Note 7 FE models in South Korea and other parts of the world in the near future so if you bought the Galaxy Note 7 model that doesn’t blow up, be on the lookout for the software as we cruise into May.

The update is currently rolling out to two models, the SM-T820 and SM-T825 (Wi-Fi only and LTE-enabled), in the United Kingdom.

The Galaxy Tab S3 Oreo update is also rolling out in the United States. Verizon is pushing Android 8.0 and Samsung Experience 9.0 to its version of the tablet. The update includes the April security update.

It’s going to take a few weeks for the update to expand, but we expect more Galaxy Tab S3 Oreo updates to start going out before the end of the month.

Samsung is reportedly pushing Android 8.0 Oreo to the Galaxy C7 Pro in China.

The Samsung Galaxy C9 Pro Android Oreo is rolling out in China.

Samsung is finally pushing Android Oreo to the Galaxy J series and it’s starting with the Galaxy J3 (2017) in select regions.

Android 8.0, not Android 8.1, is pushing to the Galaxy J3 (2017) in Russia and the United Arab Emirates bring new features and security patches to the mid-range device.

The update is limited to those regions right now, but we expect it to expand in the weeks ahead.

These Galaxy Devices Will Get Android Oreo

Samsung hasn’t released a full list of devices it plans to upgrade to Android Oreo, but that doesn’t matter. Samsung typically upgrades devices for two years which means we can put together a list of probable Galaxy Android 8.0 updates: 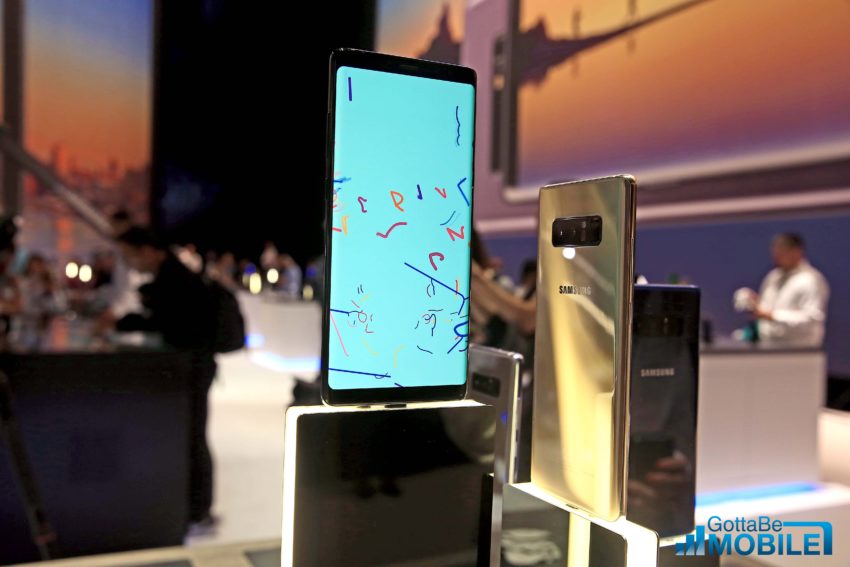 Those updates will be followed by Oreo updates for the Galaxy J7 Max in February and the Galaxy J7 (2016) sometime in March, 2019. 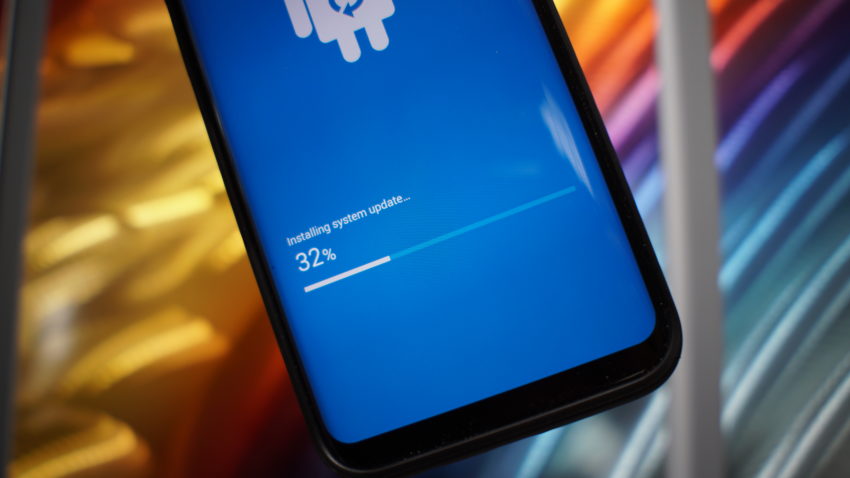 T-Mobile’s confirmed a handful of other Android 8.0 Oreo updates including upgrades for the Galaxy J7 Prime and Galaxy Tab E 8.

The Galaxy Tab 4’s also shown up at the Wi-Fi Alliance with Android 8.0 Oreo on board, but it’s unclear if the device from 2014 will get bumped to the new version of Android.

If you own a device that’s two years old or one that’s received two major Android updates, the odds of getting a boost to Android Oreo are slim.

Samsung Turkey typically announces updates months in advance and the regional arm hasn’t said anything about Oreo for the Galaxy Note 5 or Galaxy S6. 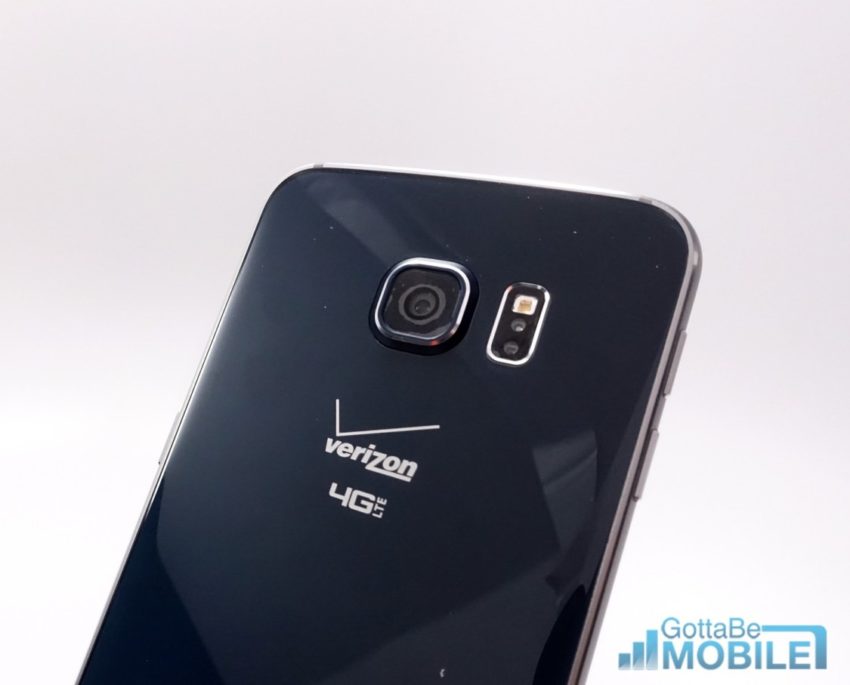 Along with the Galaxy S6 and Galaxy Note 5, here are a few other devices that might stay put on Android Nougat:

This isn’t an official list and we could see some names added, and subtracted, from both of these lists before everything is said and done.

In fact, the Galaxy S6, Galaxy S6 Edge, and Galaxy Note 5 all made an appearance on that unofficial list of devices getting Android 8.0 Oreo. They also, as we’ve mentioned, made it to T-Mobile’s list. 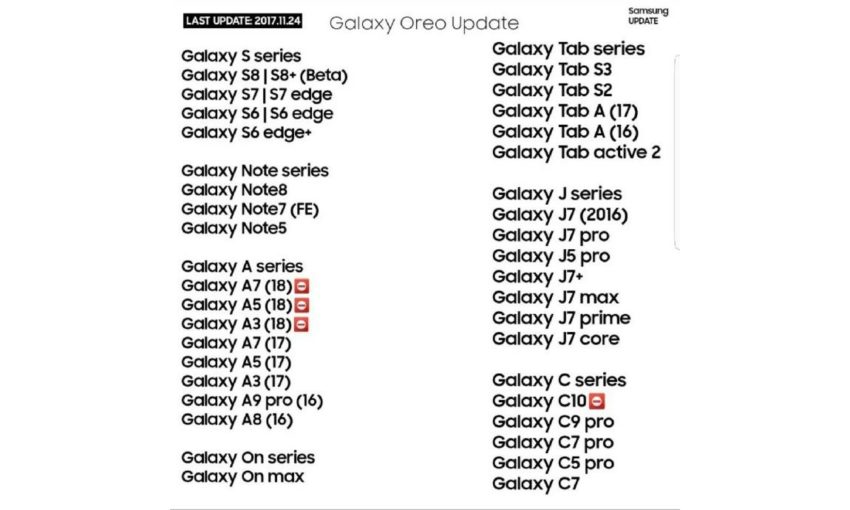 Earlier this year a Samsung customer service rep claimed that the Galaxy S6 Android Oreo update would start rolling out in January or February, but that obviously didn’t happen.

Samsung continues to roll out monthly security updates with patches for potential exploits and, in some cases, bug fixes for Android problems.

The December security update is rolling out to several devices including the Galaxy Note 9, Galaxy Note 8, Galaxy J6+, Galaxy J4, and Galaxy A5 (2017). We expect it to hit more flagship models and mid-range devices in the near future. 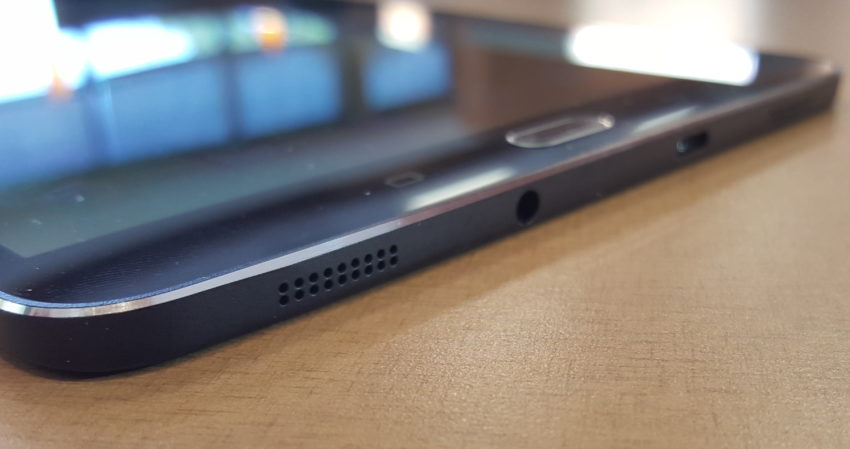 Oddly enough, it looks like the Galaxy Tab S4 and Galaxy Tab A 10.5 (2018) will get quarterly updates from the get go. This is a bit odd for new devices, but it’s not uncommon for Samsung’s tablet line.

These lists are subject to change so you’ll want to keep an eye on them every month. Once a device is scrubbed from the list, updates will come at a slower pace. 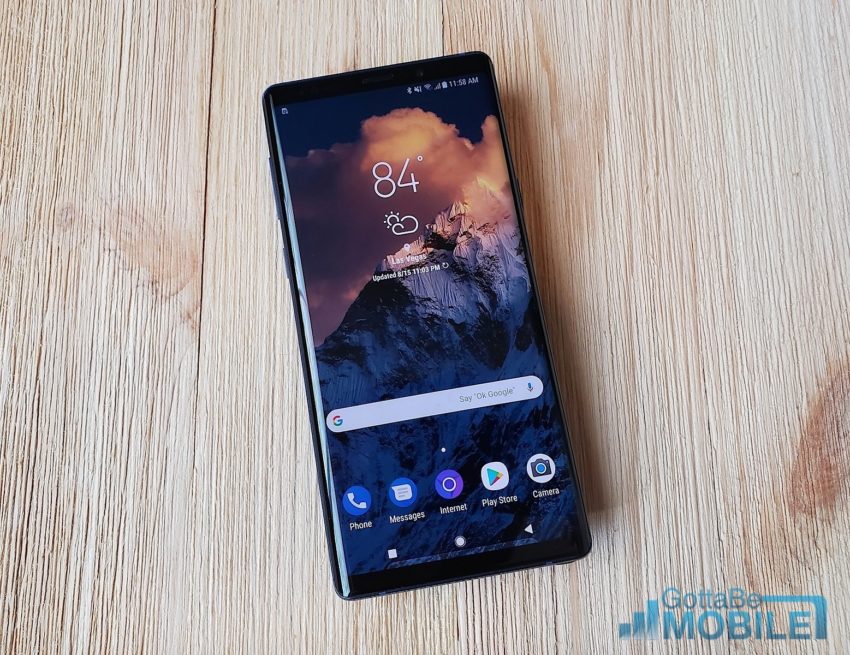 For more on those updates, take a look at our guide.

Samsung’s finally confirmed Android 9.0 Pie and the update is currently in beta for select Galaxy S9, Galaxy S9+, and Galaxy Note 9 users ahead of an official release in January, 2019.

Samsung is also working on Android Pie for the Galaxy S8 and Galaxy Note 8 though older devices like the Galaxy S7 may not get the upgrade.

For more on Samsung’s plans for Android Pie, take a look at our guide.