Are you waiting to buy the iPad Pro 2, iPad Air 3 or even a 2017 Mac Mini? There is a chance that you will wake up tomorrow morning to a plethora of new 2017 Apple products on sale.

We’ve been expecting a 2017 March Apple Event for weeks and multiple sources pointed to new Apple products this month.

On Monday, March 20th Apple announced that the Online Apple Store will be down overnight for roughly five and a half hours. Apple calls this a maintenance outage, but the timing looks like it could be for new Apple products. 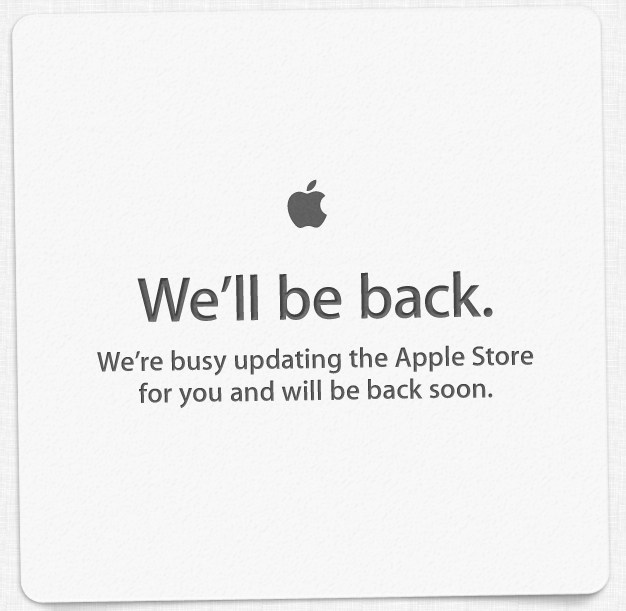 The Apple Store is going down tonight and you could wake up to see new Apple products without an event.

When Apple announces new products via a press release the announcement normally happens around 8:30 AM Eastern. This is when the Apple Store will come back online after an outage overnight. Apple typically takes the store offline ahead of new products. Most consumers are familiar with this during an Apple event, but it happens semi-frequently.

The Apple System Status page reports, “Apple Online Store – Upcoming Maintenance Tomorrow, 3:00AM – 8:30 AM All users will be affected. The Apple Store will be updated and unavailable during this time.”

We typically see Apple announce major product updates during events, with executives on stage and a big show, but there are other items that Apple announces with a simple press release. We don’t expect to see Apple announce a 2017 Mac Pro without an event, but the company could add some updates to the lineup with simple announcements in the morning.

We could see Apple announce the rumored red iPhone 7, an iPad Air 3, new iPad mini or even a 2017 Mac mini spec update in the morning. It is less likely that we will see a major revision to an iPad Pro that changes the screen size, but it is possible.