While Apple is normally very good at keeping major changes to the new iPhone a secret, two leaks from inside official Apple code show off the iPhone 8 design and the groundwork for a major new iPhone 8 feature.

Unlike leaks and rumors from third party sources, this comes directly from Apple code that is part of the upcoming HomePod. This is as close to confirmed as you will get for new iPhone 8 features ahead of a September event that announced the new device and the iPhone 8 release date.

Here’s a look at the new iPhone 8 design and what the iPhone 8 will use to unlock the device, possibly instead of Touch ID. 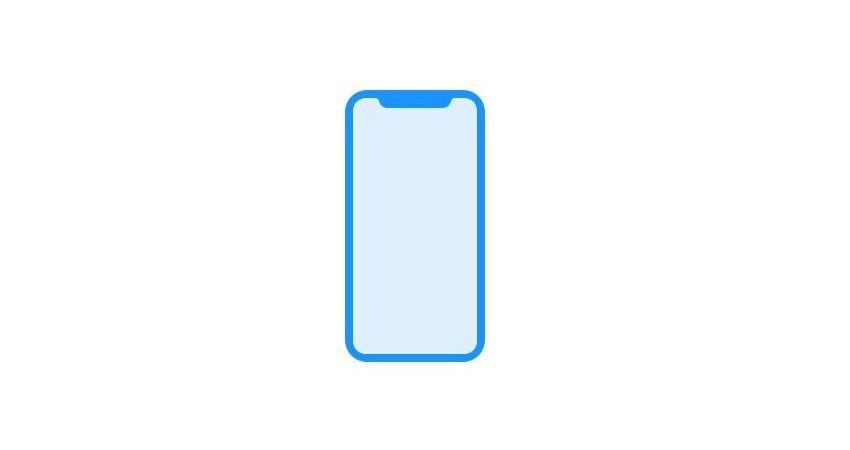 Leak from the HomePod shows off the iPhone 8 design.

First off we see a look a new bezel-less iPhone 8 design thanks to Guilherme Rambo, an iOS developer at Peixe Urbano who found the image above in the HomePod firmware. This image doesn’t show tons of detail, but it is a new look for the iPhone inside Apple devices. It looks a lot like the leaked iPhone 8 screen protectors that share a very similar look and it’s a dead ringer for the Olixar iPhone 8 screen protector.

This small leak lends a lot of credibility to the iPhone 8 leaks that show off a new design. This includes the iPhone 8 CAD file shred by Nodus, which the company is using to make iPhone 8 cases.

The Code is part of BiometricKit, which Apple uses to unlock the iPhone. On current models, this relates to Touch ID, but with a new bezel-less design, there are rumors that the iPhone 8 will not include Touch ID under the screen. Instead, the new iPhone could rely on a face unlock feature. It’s too early to tell if Touch ID is completely gone, but this is a very good sign that Apple plans to include a Face Unlock feature on the iPhone 8.

I can confirm reports that HomePod’s firmware reveals the existence of upcoming iPhone’s infra-red face unlock in BiometricKit and elsewhere pic.twitter.com/yLsgCx7OTZ

Face Unlock is not new for smartphones, but it is something that is easier to defeat than a fingerprint on competing phones. This code shows Apple is using multiple checks as well as 3D scans to achieve the face unlock feature. Although there is no name, it may be Face ID, or something catchier. We’ve heard rumors of upgraded cameras for augmented reality, which may include the ability to more accurately scan faces for an unlock mode.

We expect an Apple event in early September to announce the iPhone 7s and iPhone 8. With a release this close, there are many reasons to wait for the iPhone 8 and iPhone 7s.