If you’ve already pre-ordered a copy of Elden Ring or if you’re thinking about buying a copy, there are some things you should do before the game arrives later this week.

The Elden Ring release date is set for February 25th and at this point, given how close we are to release, there’s virtually no chance it gets delayed again.

Retailers are currently taking Elden Ring pre-orders ahead of its release. And with the release date just hours away, many people are thinking about buying it early.

If you decide to buy Elden Ring ahead of its release date, or if you’re debating it, there are some things you’ll want to do before it arrives.

Decide If You Want to Pre-Order Elden Ring

There are some great reasons to put in a pre-order, but there are also some reasons why you might want to hang back and wait.

We’ve released a guide that will take you through the best reasons to, and not to, pre-order a copy of Elden Ring right now. It’s worth a look if you’re on the fence about a pre-order.

Go through it, and any other resources you might find, and decide if the game is worth the investment right now. Remember, most retailers allow you to cancel a pre-order, free-of-charge, before a game ships.

That being said, there are some retailers that will charge you for a game immediately. That’s something to think about if you aren’t prepared to pay for the game today.

Retailers are selling several different versions of the Elden Ring. And while most people will probably want to go with a standard copy, the other editions do have appeal.

If you aren’t sure which one to buy, take a look at our guide that goes over the Elden Ring editions. It will take you through each and make some recommendations based on your interest level and budget.

We’ve also put together a guide that will help you track the Elden Ring Collector Edition’s stock at various retailers and it’s worth a look if you can’t find the bundle for $189.99.

As we toward February 25th, make sure you keep an eye on your Elden Ring pre-order if you’ve decided to buy the game ahead of time. This will help you avoid headaches.

If you’re still holding onto an original Xbox One or PlayStation 4, and you own a 4K television, you might want to look into buying an Xbox One X, PS4 Pro, PS5, Xbox Series X, or Xbox Series S. 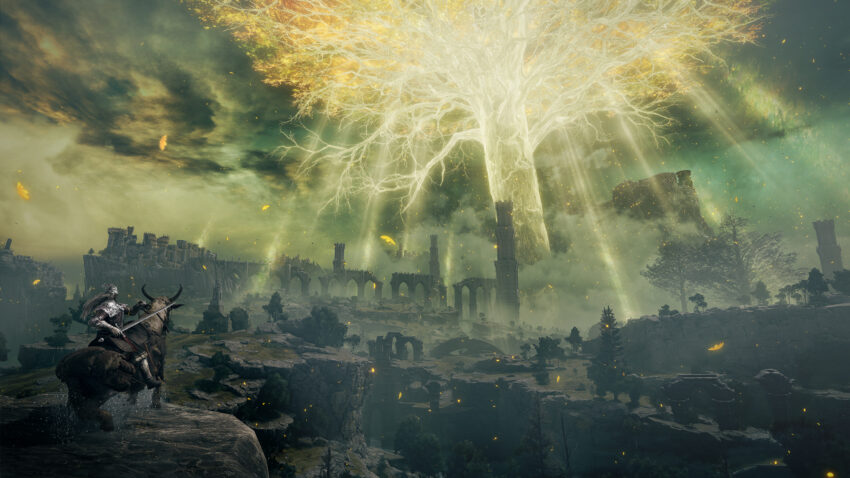 If you already have a huge internal and/or external hard drive, you should be good to go. However, if you’re rocking an older console with a limited amount of space, you might want to invest in an external hard drive. Fortunately, you’ve got a lot of options to choose from.

The Samsung T7 Portable SSD is one of our favorites, but you should also check out the WD My Passport 4TB. You’ll also want to check out Samsung’s other storage devices.

For more on the Elden Ring download, check out our guide.

If you don’t want to pay full price for a copy of Elden Ring, make sure you keep your eyes out for deals as we speed toward the release date.

If you pre-order a copy of Elden Ring from Microsoft, you can head into the Microsoft Rewards app and get 6,000 reward points. This should be enough to grab a $5 voucher that you can put toward something else on your shopping list. You’ll need to order by March 9th to take advantage of this offer.

Make sure you shop around before you buy.

If you pre-order the digital version of Elden Ring you can pre-load the game ahead of its release date. Pre-loading lets you play the game the second it unlocks at 12AM Eastern.

For more on the Elden Ring pre-load, check out our guide.

Make Sure Your PC Can Run It

Before you buy Elden Ring for Windows PC, make sure your computer can run it. 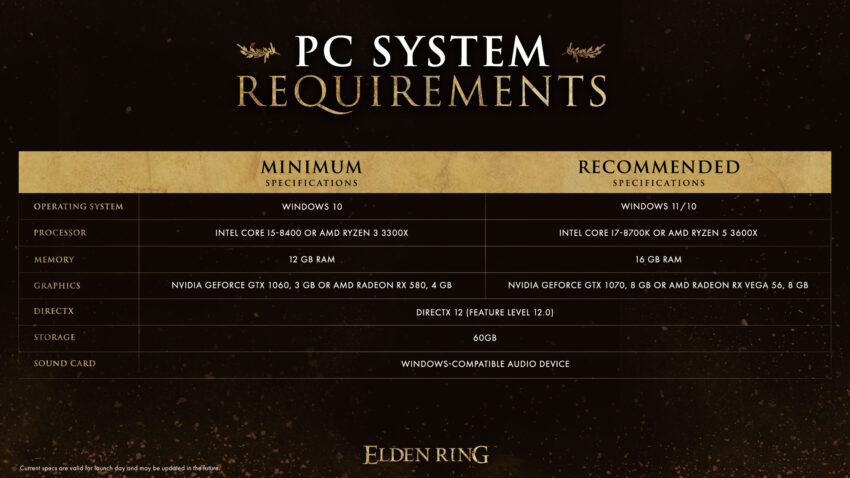 FromSoftware has released Elden Ring’s minimum or recommended specifications. The developer doesn’t say how well the game will run on these settings, but you can assume you’ll need to run it on low settings if your PC’s specs are similar to the minimum requirements.

If your PC doesn’t meet the minimum requirements, you’ll want to wait until you’ve made some upgrades to your setup.

For more on the Elden Ring PC requirements, check out our guide.

You don’t need to have played FromSoftware’s older games to enjoy Elden, but they could help if you decide if Elden Ring is your cup of tea.

If you loved Demon’s Souls, Dark Souls, Dark Souls 2, Dark Souls 3, Bloodborne, and/or Sekiro, this game is probably a no-brainer. If you haven’t, you might want to try one or more of these and see if you enjoy them. Elden Ring will pull in elements from all of these games.

If you don’t find these games fun, or they don’t look/sound like you’d enjoy them, you may want to spend your money on something else.