The iOS 10 update is here with a plethora of new features in a more compact download. The iOS 10 update will still take some time to download and install, so not all users should jump and start as soon as the iOS 10 release time arrives.

With the iOS 10 update users get new Messages apps, shared iPhone notes, better control of read receipts and a ton of new Messages features. Check out what’s new in iOS 10 for more details.

The iOS 10 update runs on most devices device currently running iOS 9, but not all.

One question we hear every year with this major update, and that we are already hearing from readers is, ” How long will the iOS 10 update take to download and install?” 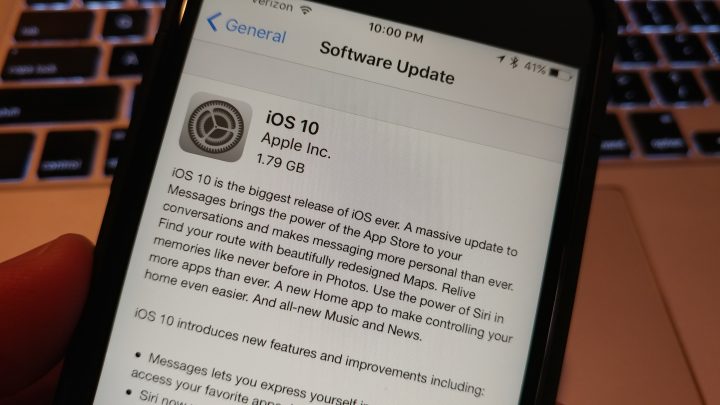 How long will the iOS 10 update take to install?

There is no single answer, but based on our experience with earlier updates we can help you figure out how much time you need to set aside to download and install iOS 10.

If you try to download the iOS 9 update as soon as it is available, you will likely see longer download times, that will make the overall installation take longer. Waiting a few hours after the iOS 10 release time can drastically speed up the process.

How Long Does the iOS 10 Update Take?

Assuming Apple doesn’t run into server problems and you are on a fast Internet connection and you are prepared for the iOS 10 installation it could take as little as 30 minutes to install iOS 10, but that is variable, and it is a good idea to budget an hour.

The table below outlines how long each step may take to complete as you work through the process of downloading and installing iOS 10.

The iOS 10 update will take longer during the first several hours of the iOS 10 release date as millions of users attempt to download and install the update. If you want to avoid the long download times, try installing iOS 10 later in the day or wait a day for faster speeds.

Although the first two tasks are optional, we highly recommend a recent backup of your iPhone before you install iOS 10. The odds of a problem wiping out your phone are small, but it can still happen. With a recent iTunes or iCloud backup you won’t lose anything.

Check out our guide to 10 things to do before installing iOS 10 for other tips about how to prepare and cut down on the time it takes to update once Apple starts the downloads.

The iOS 10 download sizes vary from one device to the next, but you should expect to see a more manageable update than two years ago when Apple required massive amounts of storage. The iOS 10 update size is just 1.00GB on for many users although some may see a 1.79GB update. 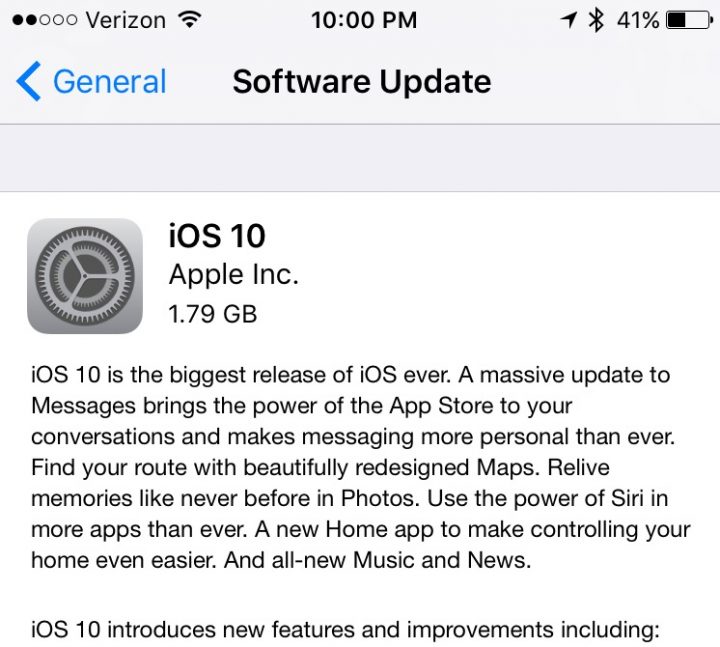 The iOS 10 update is not huge, but it will take a little while to download.

In a best case scenario the iOS 10 download will take 15 minutes, but we saw the iOS 8 download times hit six hours as soon as the update was available. Many of these high iOS download times sped up, but if you attempt to download within the first hours of the release, expect to see some times longer than 15 minutes.

The iOS 10 installation should not take very long to complete. In most cases this will finish within 15 minutes or less. It’s a good idea to make sure you have longer if something goes wrong or in case it takes longer, but this is a safe bet. 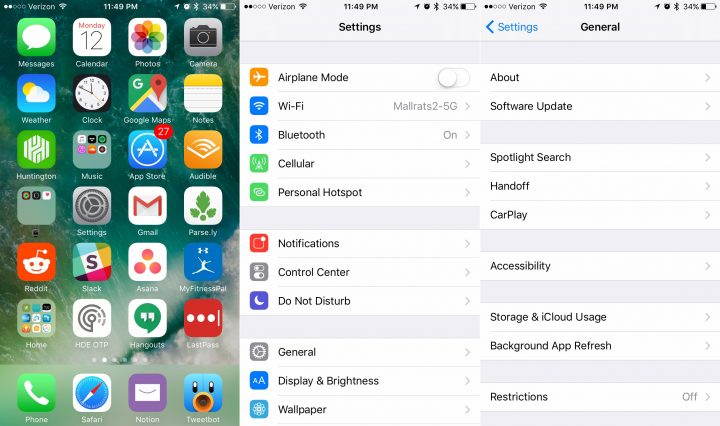 The iOS 10 installation will likely be faster than the iOS 10 download.

When the iOS 10 install is taking place you cannot use the iPhone or iPad at all. Make sure you keep this in mind before you tap install, as you will be otherwise unable to make calls or send texts.

During this process you can expect the iPhone or iPad to restart several times.

The longest steps in the iOS 10 update are the housekeeping ones that many users avoid until a major update, or wish they already did when something goes wrong.

If you don’t use iCloud Backup, it is a good idea to make sure that you plug-in to your computer and perform a backup before installing iOS 10. If you have not done this in a while, expect to spend 15 to 30 minutes on this process.

When you are connected you may also want to transfer purchases from your iPhone or iPad to iTunes. If you choose to do this they will restore back to your device if you need to restore from a backup, if you skip this step they will not. At the least we suggest a recent backup, since you can get your apps from the App Store again if you need to.

You can see what’s new in iOS 10 in the video above and see more details about these new features and changes in the slides below that compare iOS 10 to iOS 9.