Use these Rolling Sky tips and tricks to get farther into the addictive game that challenges you to move a ball across a changing landscape in the sky avoiding barriers and timing jumps to collect gems and get to the end. We’ll also walk through what you need to know about Rolling Sky cheats.

The Rolling Sky 7 update arrived with a new map and with better performance for older devices like the iPad 2 and iPhone 4s. If you’ve played the game, it’s time to update to get the best overall experience.

Rolling Sky is a very simple game, but like Flappy Bird and others the addictive nature comes from how hard it is to get to 100% in the game. As you start playing Rolling Sky it’s pretty easy to get to 20%, but then you’ll run into frustrating twists and turns that will leave you close to throwing your phone out the window or using it as a hammer.

You can download Rolling Sky for iPhone or Android for free, or simply update your Rolling Sky app.

We’ll walk you through what you need to know about Rolling Sky tips, Rolling Sky tricks and Rolling Sky cheats or hacks so that you can go further in the level and avoid wasting your time. 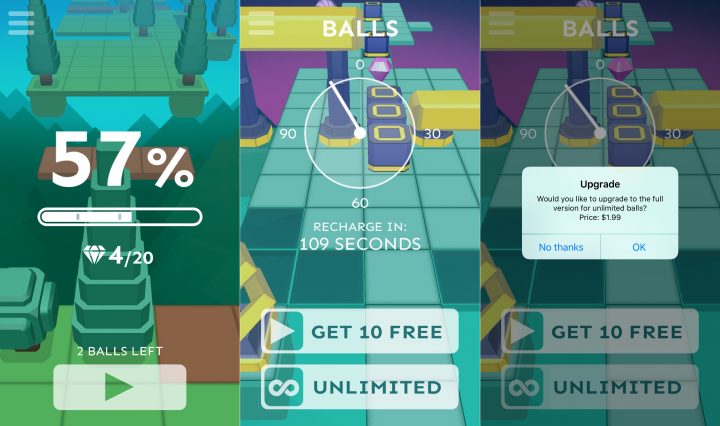 It’s easier to spend $1.99 to get unlimited Rolling Sky balls than to look for hacks.

You start with 20 lives, and you’ll see how many you have when you start a level as a listing of balls left.

When you run out of Rolling Sky balls you can watch a video to unlock 10 more lives, wait 100 seconds or you can make an in-app purchase.

For $1.99 you can unlock unlimited Rolling Sky lives or balls. This is well worth it if you are addicted to the game and run through lives as fast as we do. 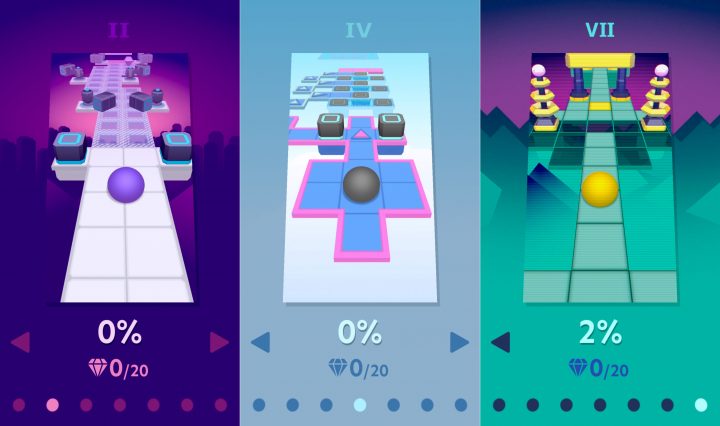 Pick any Rolling Sky level without beating one first.

There is no need to beat the level you are on to move to the next Rolling Sky level. When you are done with a level, just go to the main menu and then swipe left or right to switch levels.

This is especially nice when you get frustrated with a Rolling Sky level that you keep losing at the same point. Sure, there is a benefit to playing the same level over and over, but eventually it helps to change things up. 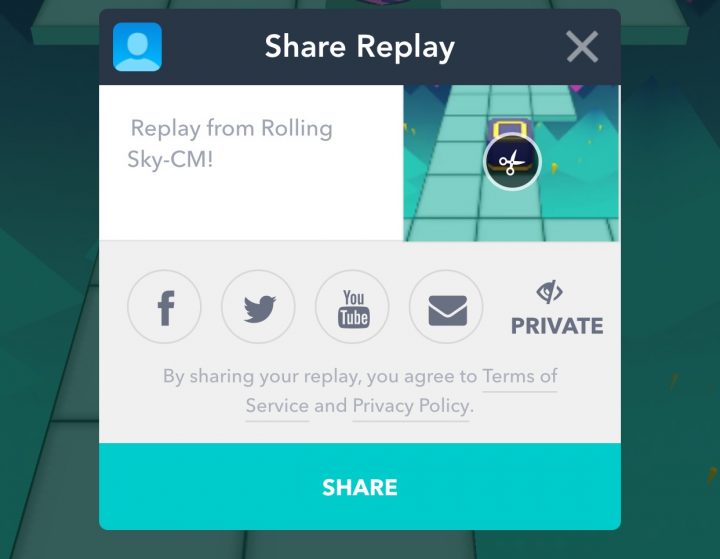 You can record and share your Rolling Sky gameplay.

When you are about to start a game you can tap on a record option in the upper right corner to start recording your Rolling Sky gameplay. You need to do this before you do something awesome or you will not have a record of it.

After you die or beat the level the game will offer to let you upload the Rolling Sky video to Facebook, YouTube and other social networks to show off your skills, or your fast death.

Use Headphones to Go Farther in Rolling Sky

Each Rolling Sky level comes with unique music that changes as you advance. Playing with headphones on will help you learn when to expect the change, the big shift or an important jump.

Small changes like this will help you beat more Rolling Sky levels faster. You can also just play with sound, but headphones are one of our go to Rolling Sky tips.

Watch the Surface, Not Just Obstacles 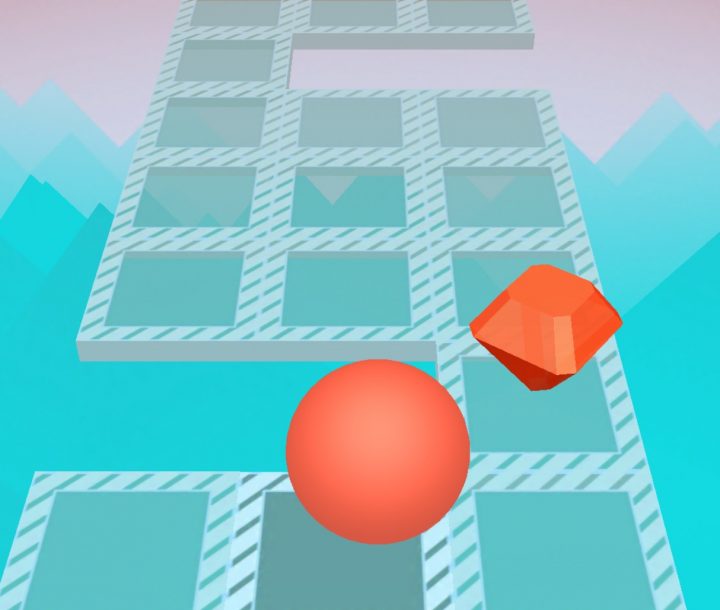 Pay attention to the surface, not just the obstacles.

The surface of each Rolling Sky level can help you learn where to go. If you look at the surface and not just at the obstacles you will go farther with fewer deaths.

Learn what jumps look like, what surfaces will drop off and what patterns guide you to the right path.

When you are just trying to beat the level, you don’t need to attempt to collect all the Rolling Sky gems, but they can still help you.

Some of the gems are in tough to get spots, but they are also a guide to success. If you follow the general path of the gems you’ll be better set up for jumps and avoiding obstacles. 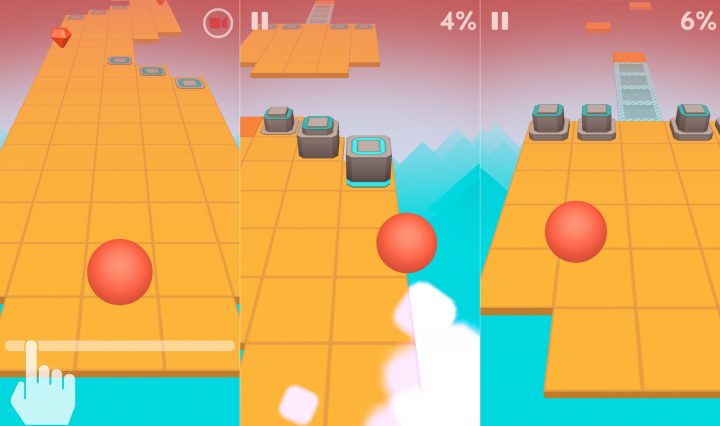 When you play Rolling Sky, you can put your finger anywhere on the screen, but the best place is right below the ball.

Place your finger or thumb right below the ball and slide side to side with no back and forth movement for the best results. Remember you don’t need to jump or release your finger for any reason.

If you find Rolling Sky cheats that ask you to download additional software, enter personal information or read 10 random pages to unlock the tool it’s not likely that you will get the unlimited Rolling Sky balls that they promise.

Gamers who really want unlimited Rolling Sky lives shouldn’t rely on Rolling Sky cheats or hacks. Instead spend the $1.99 to unlock unlimited lives through an in app purchase that actually works.

Watch each of the seven Rolling Sky videos above to see the best route to take. Even with a 100% Rolling Sky walkthrough video, you’ll need to master the moves and timing to match it.