You can read why I think the Madden 19 Hall of Fame edition is worth buying if you are a MUT player. I also break down the differences in the Madden 19 editions if you need more information. After playing the early Madden 19 release on Xbox One, I’m loving the new Madden 19 features.

Check out the 5 Things you need to do before the Madden 19 release date, and be sure to look at the best Madden 19 deals to save on your copy.

Which Madden 19 Legend Player to Pick 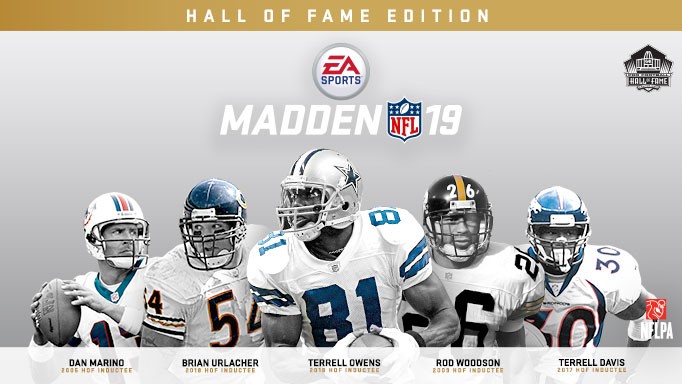 Which Madden 19 Hall of Fame Legend should you pick?

As you look at these players, think about your playstyle and how you prefer to play MUT. You should also open up your other packs first if you can, as it will help you know which players you have to fill in other positions.

It makes sense to pick up Terrell Owens as your Hall of Fame Legend. He’s on the cover of the Madden 19 Hall of Fame Edition, he’s an epic receiver and he can be counted on for big plays.

That said, everyone is going to know that you have TO, and can cover him well with the right plays, which will limit effectiveness. You also need to take into account the ease of getting good receivers in MUT.

It’s not hard to pull a great receiver in MUT packs, and you can quickly pick up Jerry Rice as a team captain and upgrade him as you start out. Owens is a good pick, and many people will snatch his card up, but it might not be the best way to go for the long run.

A great defense is harder to build up quickly, at least for me, when I start a new MUT team. Urlacher offers a fast way to pull in a great linebacker that can shut down a powerful offense.

If you play MLB as your user player in MUT, this pick is a no brainer as you can user a fast player that can get tackles behind the line and stop the pass when needed.

YoBoy PIZZA recommends picking up Brian Urlacher to lock down your defense. This is a powerful option, and the Middle Line Backer is an essential position to fill in with a great player on any MUT team.

With many players picking up Terrell Owens, Rod Woodson is a great counter to add to your Madden Ultimate Team.

At the Cornerback role, you can use Woodson’s power and speed make him a tempting pick.

With Woodson as your Madden 19 Hall of Fame Legend player you can shut down TO or other powerful receivers. You also get an epic return runner that can deliver essential special teams plays.

As a lifelong Dolphins fan it’s tempting to pick up Dan Marino as my Madden 19 Legend, and he’s a solid choice, but not the best one for many players.

Marino’s arm is incredibly powerful and he can get rid of the ball fast, but he isn’t a highly mobile QB. The speed simply isn’t there. My playstyle is pretty mobile, so I’m going to end up passing on Dan Marino.

If you don’t need a super mobile QB, Marino is still an excellent pick that can lead your offense, but he’s just not the center of my Madden 19 Ultimate Team.

Terrell Davis delivers the backfield power that you need to get ahead in MUT early in the year.

You always need a good running back in MUT, and this is a position I rely on regularly to pick up yards when they matter the most.

If you need a player that you can count on for runs, and for picking up passes, Davis is an excellent choice.

Which Madden 19 Hall of Fame Legend is Best?

Every one of these players has strengths and weaknesses, and you need to think about your playstyle and what the Madden 19 community will be doing.

Personally I am going to pick up Urlacher or Davis for my Madden Ultimate Team. I need to see what other players I get in packs to figure out where the hole in my team is.

There is an off-chance that I will opt for Wilson if I pick up a great MLB and a good running back through packs.

How to Get Another Madden 19 Hall of Fame Legend 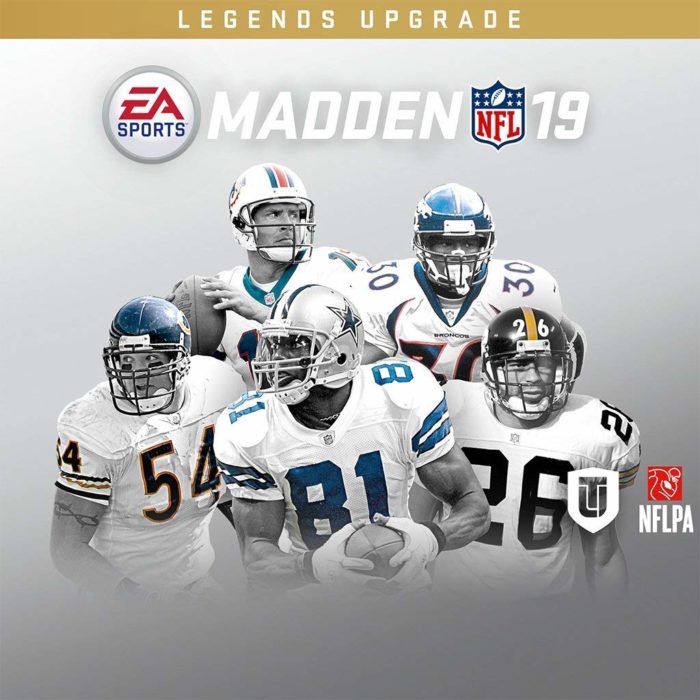 Get a second Hall of Fame Legend with the upgrade pack.

You can pick a second Hall of Fame Legend player if you spend $19.99 on the Madden 19 Legends Upgrade.

This pack includes another Madden 19 Hall of Fame Legends pack, allowing you to pick another player for your team. This also includes 7 Gold Team Fantasy Packs, adding to your Madden Ultimate Team in other areas.