If you’re thinking about buying the Oculus Quest, you’re probably trying to figure out how much storage you need. This is what I just went through when I decided to buy the Quest. This guide will help you decide how much Oculus Quest storage you should buy and walk you through any differences between the two headsets.

Read: Exciting Things the Oculus Quest Can Do

While I typically tell buyers to go with the bigger storage option when buying a phone, the advice isn’t the same for a mobile gaming console like the Oculus Quest.

After much research and deliberation, I bought the Oculus Quest 64GB model even though it was a little hard to find in stock. I saved $100, which is great since I’m on my way to spending that on games.

There is no way to add more storage to your Oculus Quest with a Micro SD card. You can plug a USB C drive in to import media, but you cannot plug in a USB C thumb drive to add more room for games.

Some gamers are streaming games to the Oculus Quest, but in most cases, you will be installing games locally. Given the portable nature of the Quest, you may not want to deal with managing storage space. Downloading a game like SuperHot is fast on my home network, but would take a long time on hotel WiFi or a hotspot.

Read: 6 Reasons to Buy the Oculus Quest & 4 Reasons Not To

Is there any difference other than storage size?

These are the only storage options and the headset is only available in one color and spec configuration. That means your only real decision is how much Oculus Quest storage to buy.

No matter which option you buy, you still get the same processor, room sensors, and headset fit. That means six degrees of freedom and the very handy Oculus Guardian tracking to keep you in your safe play zone.

You also get the same two controllers that take this experience to the next gaming level from headsets without controllers. Both models support USB C storage, but you can’t use that for gaming.

How Much Storage Do Oculus Quest Games Take Up? 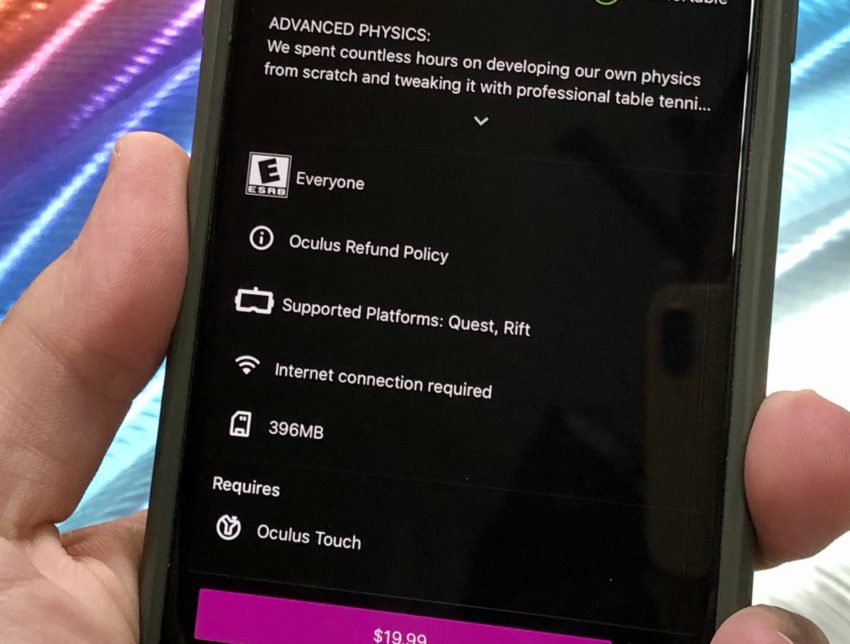 Most Oculus Quest games are under 3GB of storage.

Oculus Quest games range from 22MB to 3.4GB for many of the popular titles. I’ve installed several games and demos and still have 45GB available on my 64GB Oculus Quest.

This may jump up as games like The Climb come out, which could take up 10GB or more of space. For now, most games that I’ve purchased are in the 500MB to 3GB size.

We used to assume that game sizes would climb and climb, but it’s not clear how the storage will stack up on the Quest long term. For example, SuperHot VR is 2.51GB on the Oculus Rift but only 504MB on the Oculus Quest.

Who Should Buy the Oculus Quest 64GB? 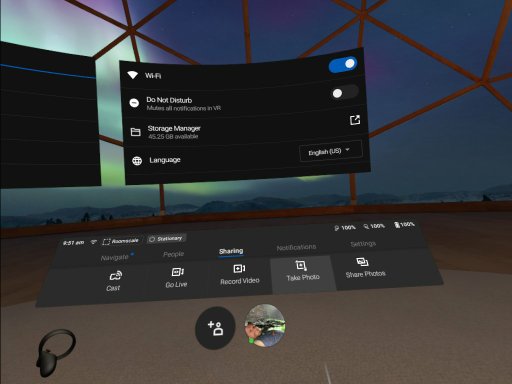 Most users can get by with 64GB of storage.

If you are looking to get into the VR game with the Oculus Quest and you don’t want to spend a ton of money, go with the 64GB model. This is the best budget-friendly choice and is the top option for gamers looking to dip their toes into VR.

Even with all the games on my wishlist installed I would still have room for many more games on my 64GB Quest. I would rather have the extra $100 to spend on games than to spend on storage, and I’m not alone.

Another reason to choose the 64GB Oculus Quest is that in a year you may want to upgrade to a different VR headset with better capabilities. While the Quest does a lot of things right, this is still a very early all mobile VR headset and if you find that you like VR, it may just be the start of your gaming experience.

If you want to save the $100 and spend it on games and are OK with managing your storage down the road, buy the 64GB Oculus Quest.

Who Should Buy the 128GB Oculus Quest? 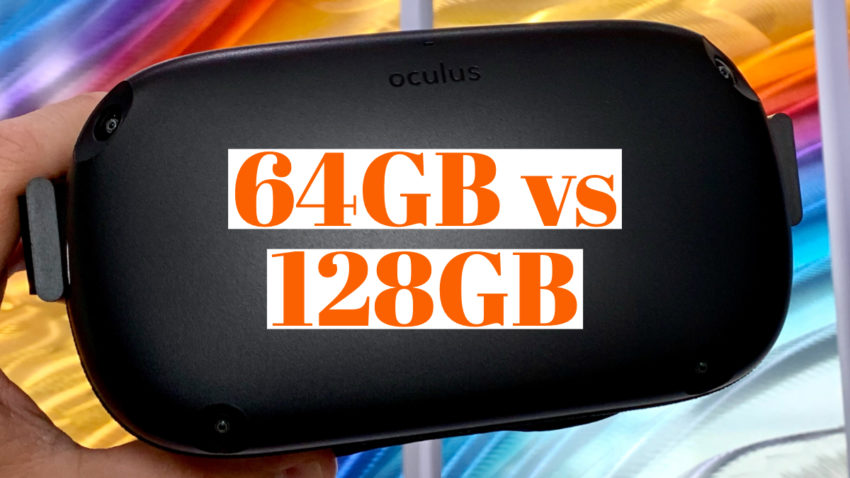 How much Oculus Quest storage do you need?

If you are a hardcore gamer that plans to buy a lot of Oculus Quest games or a mobile gamer that plans to travel with the Quest, you should spend the extra $100 on the 128GB version so that you have room for all of your games and don’t need to download a game when you are on the go.

This is a nice option if you think you will keep the Quest around for a long time and you don’t like needing to manage storage or make choices about what games you will keep with you. It’s also a handy option if you want to keep media on your Quest for viewing on the go.

Don’t buy the Oculus Quest 128GB just because it is easier to find in stock. With a little luck, you can find the Quest in stock for quick delivery at Best Buy or Amazon.