It looks like Apple will launch new iPad Pro models in 2020. While some of you might want to wait for the new models, others are better off buying another iPad, or another tablet, ahead of their rumored launch.

If you’re in the hunt for a new tablet, Apple’s 2018 iPad Pro models should be near the top of your shopping list. They’re still outstanding.

They also pack a ton of horsepower, run the latest version of iOS 13, and they’re cheaper than they were back in the fall of 2018.

We typically recommend going with an iPad Pro over Apple’s other iPad models, but the new 10.2-inch iPad, iPad mini 5 and iPad Air 3 are certainly worth a look as well.

If you’re hunting for a powerful tablet, you would be wise to consider the 2018 iPad Pro models. That said, you should also take note of the iPad Pro rumors that have popped up.

Ming-Chi Kuo, a reliable source, claims Apple’s working on successors for the 2018 models. We don’t have an official release date yet, but it sounds like the new models will arrive in 2020.

According to Kuo, the new iPad Pro models will enter mass production in early 2020 ahead of a release sometime in the first half of the year.

Reports have put an iPad Pro launch in early 2020 which means the device(s) could arrive around the same time as Apple’s rumored iPhone SE 2, assuming it doesn’t get delayed.

Bloomberg puts the launch in the first half of 2020 and comments made by Apple’s chief financial officer Luca Maestri also hint at a launch in 2020.

Hit-or-miss publication Digitimes claims production has begun and that Apple is aiming to launch new iPad Pro models around March.

Apple’s filed an unreleased iPad model (A2229) at the Eurasian Economic Commission though it’s unclear what type of iPad it is. Filings at the EEC have foreshadowed upcoming launches in the past and with Apple’s March launch window wide open, we could see an announcement in the near future.

In addition, four brand new iPad Pro models were temporarily listed inside a Chinese user manual for iPadOS 13. The listing, spotted by iPhone in Canada, showcased two 11-inch models and two 12.9-inch models with model numbers A2228, A2229, A2231, and A2233. Apple has since removed the information.

Accessory makers look like they’re confident in a launch because we’re already seeing cases for the new iPad Pro models appear at retailers like Amazon. (For the record, we don’t recommend buying them.) 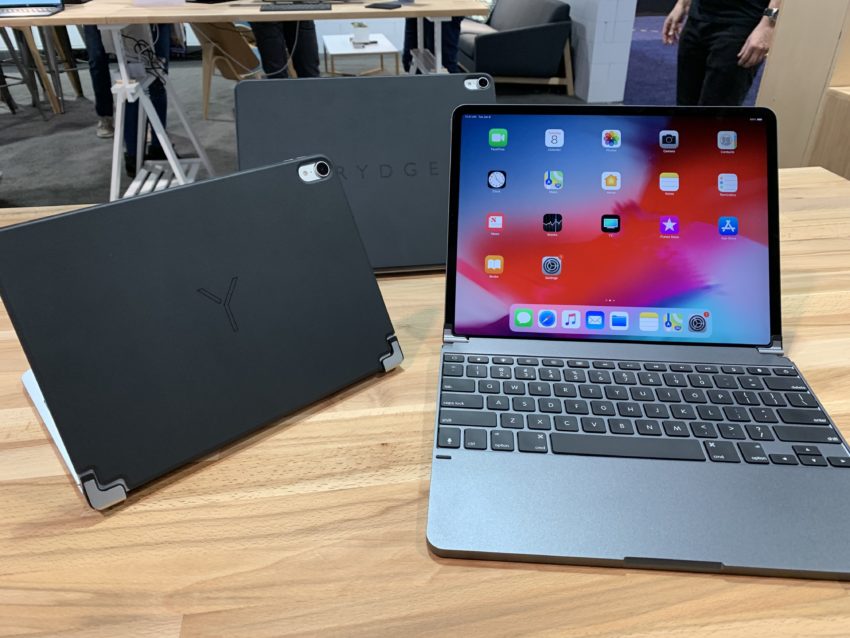 2020 iPad Pro rumors point to several key upgrades including a 3D camera system that could mirror the setup Apple installs on the 2020 iPhones. The new models reportedly feature the same screen sizes as the current models.

According to reliable leaker CoinX, it looks like the new cameras are a done deal. Leaked iOS 14 code also seems to confirm the presence of a new triple-lens camera array.

Digitimes also claims Apple might be planning to launch a new Smart Keyboard with a scissor switch design alongside the new iPad Pro models.

A separate report from The Information, a more reliable source, states that Apple’s planning to release an iPad keyboard with a built-in trackpad. The device is expected to launch alongside the new iPad Pro models.

There’s also chatter about another iPad Pro launch later in the year. Ming-Chi Kuo claims Apple will release a souped up 12.9-inch iPad Pro in the third quarter of 2020. Kuo says the device will be supported by mini-LED backlighting.

A report from Digitimes backs up this assertion. The site claims Apple will launch 5G-powered iPad Pro models in the fall. The devices will reportedly feature a new processor and mini-LED technology.