Apple’s iOS 11.1.2 update continues to reign as we push into December.

The iOS 11.1.2 update isn’t as exciting as the iOS 11.2 update the company’s got in beta testing, but it’s an important one for iPhone X users.

While the update is focused on fixing iPhone X problems, it’s available for all iOS 11-powered devices. The next time you check your iPhone 7, iPhone 6, or iPhone 5s, you might notice the iOS 11.1.2 update lurking in your settings.

The newest version of iOS 11 is tiny if you’re coming from iOS 11.1.1. It’s just 51MB for iPhone X users and a few megabytes for other iPhone and iPad models.

If you’re coming from iOS 11.1 or something older, your iOS 11.1.2 download will be much larger thanks to the updates you skipped along the way. The features, fixes, and patches from those updates are baked into your version of iOS 11.1.2.

iOS 11.1.2 might be small, but it’s an important release and today we want to take you through everything you need to know about the current version of iOS 11.

This includes our iOS 11.1.2 reviews for the iPhone X and several other devices, a look at the current state of iOS 11.1.2 problems, some quick information about the iOS 11.1.2 downgrade, and a quick peek at the update that will probably follow the iOS 11.1.2 update.

Let’s start with our quick reviews.

If you want to download iOS 11.1.2 right now you shouldn’t run into any issues. We haven’t heard about any abnormal download times or issues with the installation process.

The installation took about 5 minutes on these devices. It could take a little bit longer if you’re using an iPhone 6, iPhone SE, or iPhone 5s.

If you’re moving from an older version of iOS 11 or from iOS 10, your iOS 11.1.2 download size will be much bigger and the installation will take a lot longer.

For a more in depth look at the timing, take a look at our guide to the iOS 11.1.2 download time. 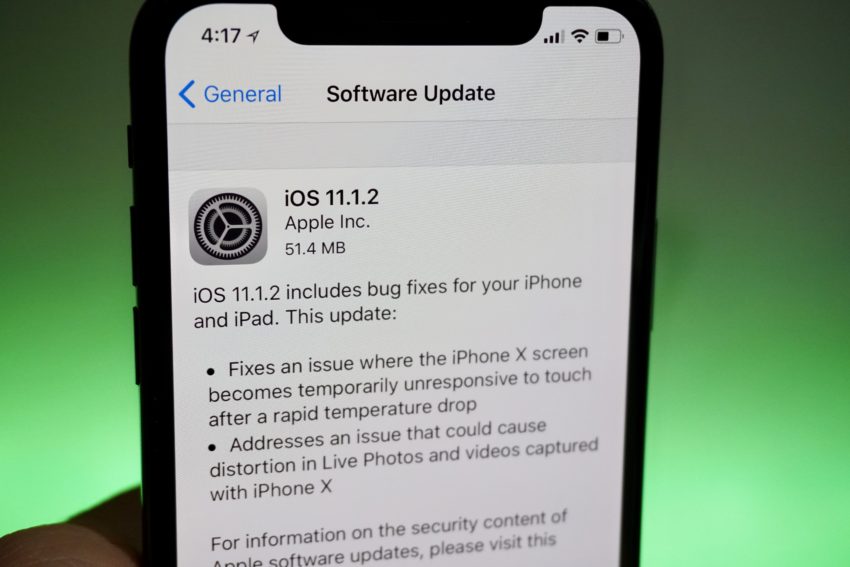 Battery life is currently holding up on all of these devices. We haven’t noticed any abnormal drain during our short stay on iOS 11.1.2.

Connectivity (LTE, Bluetooth, Wi-Fi) is also strong and reliable on the iPhones and iPads in our possession. We’ve successfully paired these devices with our routers and Bluetooth devices and we haven’t noticed any dropped connections.

Most of these devices are fast with iOS 11.1.2 on board though we’ve noticed lag when opening up apps, Control Center, and Notifications. We’ve seen the most lag on the iPhone 5s and iPad mini 2.

We haven’t run into any catastrophic issues (at least not yet) with our core apps which include Asana, Slack, YouTube, Spotify, Dark Sky, Chrome, Gmail, and Podcasts.

As of right now, iOS 11.1.2 feels stable, but that could change as we push away from the release date. If you own an older device, or if you’re running an older version of iOS, you’ll want to proceed with caution.

If you need additional feedback about iOS 11.1.2, take a look at our reasons to, and not to, install the iOS 11.1.2 update on your device right now.

The iOS 11.1.2 update doesn’t appear to have any new features or security patches on board. Instead, it’s focused on fixing two known problems on the iPhone X. 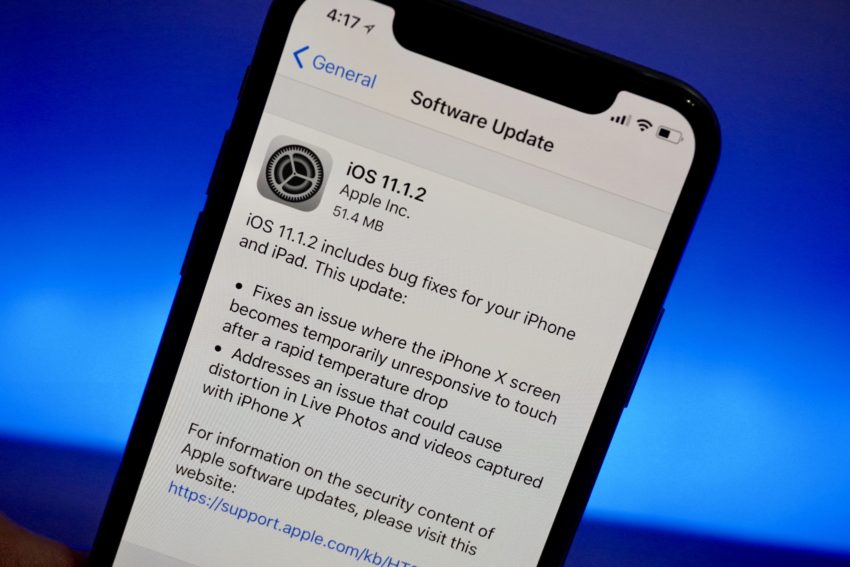 Apple’s change log lists two bug fixes. One is a fix for an issue where the iPhone X screen becomes temporarily unresponsive to touch after a rapid temperature drop. We experienced this issue when using the device in cold weather and we haven’t noticed the issue while running iOS 11.1.2.

The update also addresses an issue that could cause distortion in Live Photos and videos captured with the iPhone X. If you’ve noticed this issue, you probably want to install iOS 11.1.2 on your new iPhone.

iPhone and iPad users are running into various iOS 11.1.2 problems.

iPhone and iPad users are complaining about installation issues, problems connecting to Wi-Fi and Bluetooth, and an immediate drain on battery life.

We’ve also heard about abnormal amounts of lag, crashes and freezes, installation problems, and issues with several first and third-party applications. There’s also a new autocorrect bug plaguing hundreds of iOS 11 users where a device changes “it” to “i.t.”. We haven’t run into the problem on any of our devices.

If you’re running into problems on iOS 11.1.2, take a look at our list of fixes for common issues like severe battery drain, broken Bluetooth, and busted Wi-Fi. We’ve also put together some tips to improve iOS 11 performance and iOS 11 battery life.

If you start noticing issues on your iPhone, iPad, or iPod touch, you can downgrade from the iOS 11.1.2 update for a limited time. 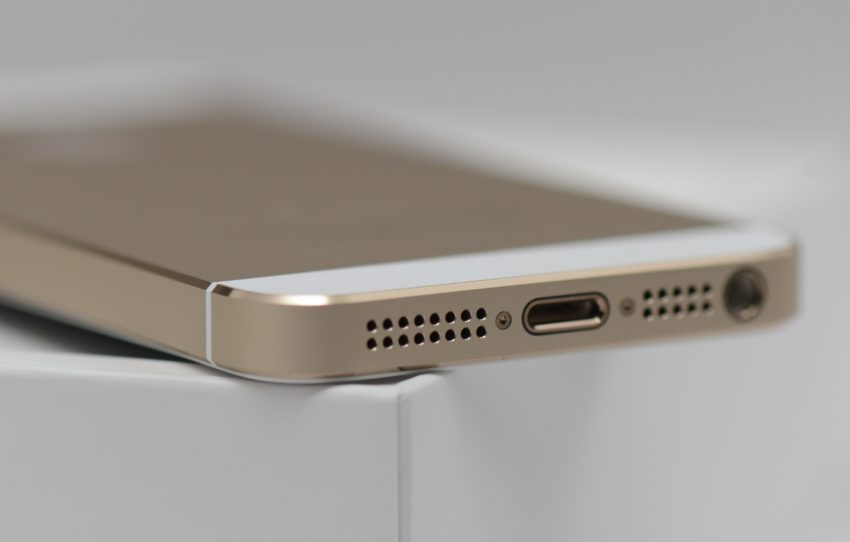 Unfortunately, Apple’s closed off the iOS 11.0 and iOS 10 downgrades which means there’s no going back to iOS 10 or the first version of iOS 11. If you’ve already moved your device to iOS 11, you’re stuck with iOS 11.

The company will stop signing off on the older versions of iOS 11. It won’t make an announcement ahead of time so those of you considering the move will need to move quickly.

If you’re unfamiliar with the process, our iOS 11 downgrade guide will take you step-by-step through the downgrade.

Developers have teased iOS 11 jailbreaks, but nothing is available for iOS 11.1.2.

Jailbreak developers recently cracked an iPhone X running iOS 11.1.1. The proof-of-concept is great news, but it doesn’t necessarily mean a release to the general public is around the corner.

As of right now, iPhone and iPad users need to be running iOS 10 in order to jailbreak an iOS device. Unfortunately, there’s no way to downgrade to iOS 10 or iOS 9. 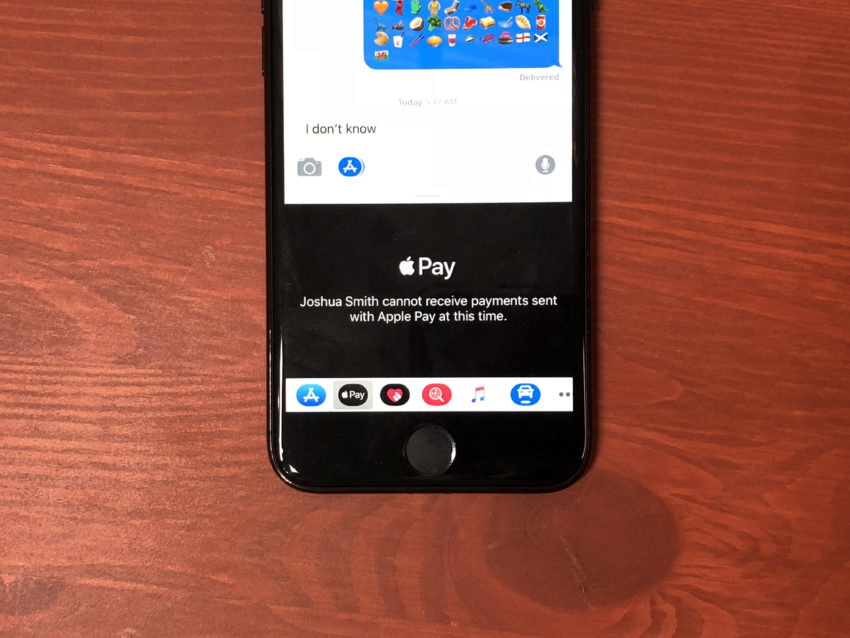 The company currently has just one known iOS update in its pipeline. Apple’s confirmed an iOS 11.2 update for iPhone, iPad, and iPod touch and it’s currently in beta for all iOS 11-powered devices.

Apple hasn’t announced an official iOS 11.2 release date. We originally thought it would arrive alongside the HomePod speaker in December, but Apple’s pushed the HomePod launch into 2018.

iOS 11.2 also includes performance improvements, Apple Pay Cash, and bug fixes for lingering iOS 11 problems. If you’re struggling on iOS 11.1.2 or another version of iOS 11, it should be on your radar.

If you’re dealing with iOS 11 problems, be on the lookout for iOS 11.1.3 and new iOS 11.2 betas as we push deeper into the year. Apple’s next iOS 11 update should bring fixes for lingering iOS 11 bugs.

4 Reasons Not to Install iOS 11.4.1 & 8 Reasons You Should
Related Topics:AppleiOSiOS 11iOS 11.1.2iPadiphoneTechnology