The iOS 14 beta requires a large download and it could take a long time to install it on your iPhone.

Apple’s iOS 14 beta is available right now for users enrolled in the company’s developer program. Apple has also released a public iOS 14 beta which is free to try.

The iOS 14 beta is packed with changes which makes it an extremely tempting download. If you do decide to install the iOS 14 beta on your device, be prepared to spend time downloading, installing, and testing the software for issues.

The iOS 14 beta requires a large download for all compatible iPhone models. It’s a 2GB+ file and it could take awhile to download onto your iPhone.

We can’t tell you exactly how long the iOS 14 beta will take because mileage will vary from person-to-person and device-to-device. The timing also depends on your familiarity with the beta process and your current version of iOS.

That being said, we can help you approximate how much time you’ll need to spend downloading and installing the iOS 14 beta on your device.

If you’ve prepared for the installation, you might be able to complete the installation in 30 minutes or less. If you’re starting from scratch, it could take an hour or more.

Once you’ve made the decision to install the iOS 14 beta on your iPhone, you’ll want to spend some time preparing yourself, and your device, for the installation.

If this isn’t your first rodeo, this probably won’t take a ton of time. If this is your first stab at using iOS beta software, you’ll want to take your time.

We’ve put together a pre-installation guide that takes you through the steps we normally take before we install iOS beta software on our devices.

You’ll want to backup all of your data before you move your phone to the beta. Data loss issues are rare, but it’s better to be safe than sorry.

You’ll also want to dig into feedback from iOS 14 beta testers, find fixes for potential problems, and get familiar with the downgrade process.

Some of you will get this done in 30 minutes or so. Others will need an hour or more. Bottom line, don’t tap start the installation until you’re ready.

If you’re moving your device from iOS 13 to the iOS 14 beta, your download will be several gigabytes. In some cases, it might be closer to 4GB. 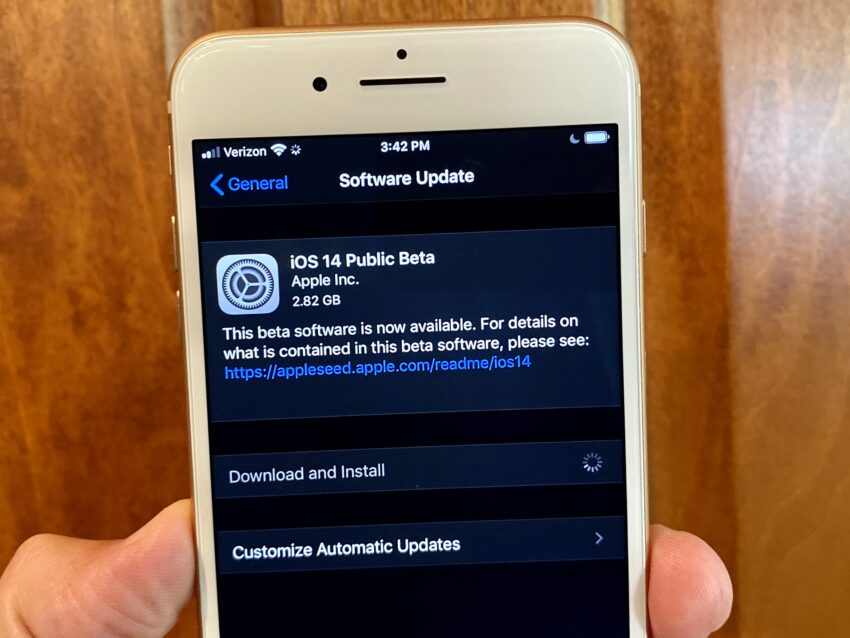 If you’re running the latest version of iOS 13 and you’ve got a high-speed Wi-Fi connection at work or home, your download could take just a few minutes.

It took us a little over four minutes to download the iOS 14 beta onto an iPhone 8.

You should be able to get iOS 14 up and running on your device in about 10-15 minutes. It took around 10 minutes to install the developer beta on our iPhone 8.

If this is your first time installing iOS beta software, it could take longer. It’s worth mentioning that the public iOS 14 beta is easier to install. 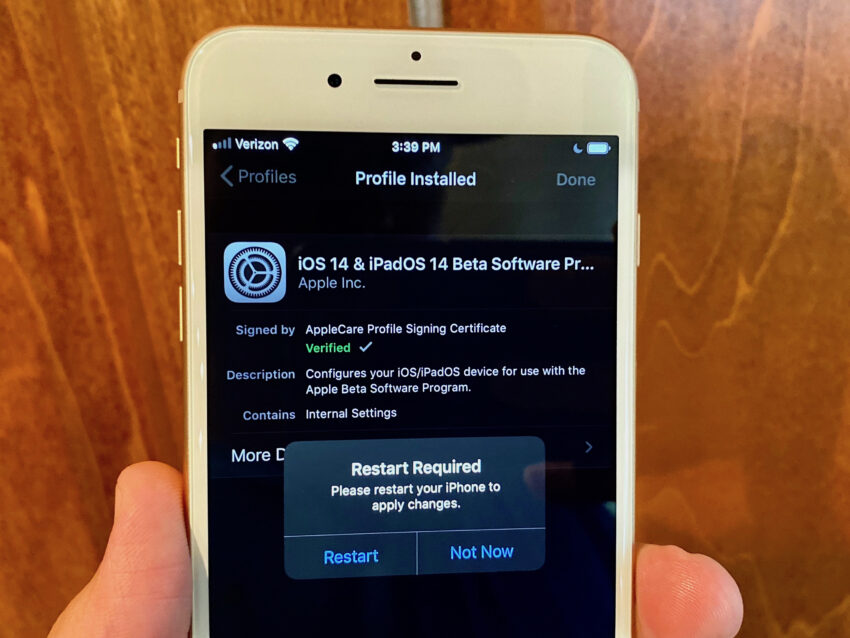 Once you become an Apple developer, you can find the iOS 14 beta firmware waiting for you in the “Software Update” section of your Settings app.

After you download it, you’ll want to tap install and it will automatically start installing on your iPhone, provided you’ve cleared out enough space for the installation.

For more on the iOS 14 beta installation, take a look at our walkthrough.

After you get iOS 14 beta up and running on your iPhone, you might need to spend some time logging back into your apps and services.

You’ll also want to check on all of your important files and make sure everything is where it’s supposed to be. We also recommend using your core applications to ensure that they’re working properly.

Apps, particularly third-party applications, sometimes run poorly on iOS beta software so you’ll want to ensure that your most important services are stable. If they aren’t, you might need to downgrade back to iOS 13.