Apple’s confirmed a new iOS 11.1 update and today we want to take you through what you can expect if you decide to download the iOS 11.1 beta on the iPhone 6s.

Earlier this week Apple released a iOS 11.0.1 bug fix update for the iPhone 6s, iPhone 6s Plus, and other devices capable of running iOS 11. iOS 11.0.1 fixes issues with Exchange mail and it’s worth a look if your iPhone 6s is struggling on iOS 11.0.

The iPhone 6s iOS 11.0.1 update was treating our device pretty well, but we decided to move the device to a newer version of iOS 11.

Apple’s new iOS 11.1 update is in beta for developers and those in the company’s Beta Software Program ahead of an unknown release date. As of right now, we expect iOS 11.1 to be released in late October, but that’s unconfirmed.

The iOS 11.1 beta is pre-release software which means it’s unfinished and buggy. We, and others, are already noticing issues with the milestone update. It’s also lacking big time features.

The first iOS 11.1 beta doesn’t include the new emojis or Apple Pay Cash though we could see Apple Pay Cash roll out in a future beta or with the final release later this year. 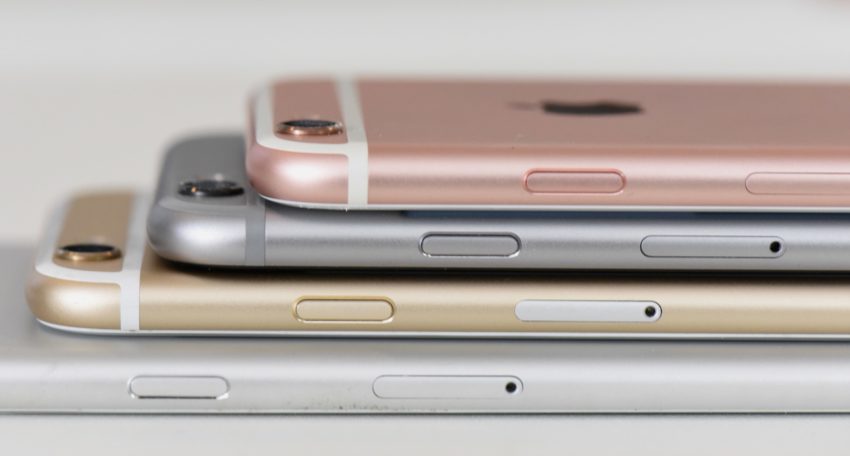 It doesn’t offer much, but some of you might be thinking about jumping to the new version of iOS 11 right now or in the future.

There are some good reasons to consider installing beta software (you’ll help Apple squash bugs, you work in IT) and there are some reasons to stay on official software (it’s buggy, you can’t go back to anything older than iOS 10.3.3).

This is guide focused on the iOS 11.1 beta’s performance on the iPhone 6s, the 4.7-inch model. If you’re on the fence about the beta, these quick impressions could help push you to one side of the fence or the other.

Before we get into our impressions of the first iOS 11 milestone update, a few quick notes about the iOS 11.1 beta installation process on the iPhone 6s.

We made the jump from iOS 11.0.1 to iOS 11.1. The download only took a few moments and the installation took just around four minutes. All in all, the process took around six minutes to complete. It could take longer if you’re moving from an older version of iOS.

We haven’t seen a ton of complaints about the installation, but you’ll still want to be careful, particularly if this is your first time installing pre-release software on an iPhone.

If it is your first time installing beta software, take a look at our iOS 11.1 beta download guide. It’ll help you get through the process problem-free.

Now for some quick thoughts about the update’s performance.

We haven’t noticed anything interesting in the battery life department yet. This isn’t a bad thing.

We were getting solid battery life from iOS 11.0.1 and iOS 11.0 and iOS 11.1 battery life is just as stable. We haven’t noticed any significant drain (at least not yet) and the device appears to be holding a solid charge.

We’ve been using a mixture of cellular data and LTE and we’ve been able to squeeze a pretty full day of work and playing the occasional game out of the iPhone 6s and iOS 11.1. Hopefully this translates to the final release.

We aren’t seeing any battery issues but some iOS 11.1 beta testers are. If you decide to try the iOS 11.1 beta or if you simply want to be prepared, take a look at our guide to fixing iOS 11 battery life.

Our connectivity was strong on iOS 11.0.1, but we’ve experienced a few hiccups while running the iOS 11.1 beta.

Cellular data and Wi-Fi are working normally, but we’ve run into issues pairing the iPhone 6s with Bluetooth devices. Namely, a Bose Mini SoundLink speaker and a pair of QC35 Bose headphones. These might be isolated incidents, but Bluetooth was flawless for us on iOS 11.0.1.

If you rely on Bluetooth to get you through work, your commute, or travel, it might be a good idea to stick around on official iOS software.

We’ll let you know if anything changes.

App performance often takes a hit when a device is running pre-release software so it hasn’t been surprising to see some apps act up during our short time with iOS 11.1 beta.

Slack, Twitter, and Chrome, three of our core applications, have crashed. Podcasts, Mail, Gmail, Spotify, and The Weather Channel app have also crashed. We haven’t seen any serial crashers yet but that could of course change as we extend our stay on the beta.

This is a completely different experience than iOS 11.0.1 where our apps were stable. If you rely on your apps, or if you use services like Exchange for work, you might want to avoid iOS 11.1. It’s too unpredictable.

The iPhone 6s is our backup device and an install on our primary device, the iPhone 7, is out of the question.

Our iPhone 6s is surprisingly fast. Lag, lockups, and freezes are common iOS beta problems, but the iOS 11.1 beta feels as fast as iOS 11.0.1 did.

Animations and transitions remain fluid and we haven’t noticed any issues when tapping on our folders, opening up apps, pulling up Control Center from the bottom of the screen, or pulling down the Notification panel from the top portion of the iPhone 6s’ display.

If you start noticing performance issues or if you want to prepare, take a look at our guide to improving iOS 11 performance. It could help.

Should You Install the iPhone 6s iOS 11.1 Beta?

We haven’t run into any major problems with the iOS 11.1 update. That said, you’ll still want to avoid it if your iPhone 6s is your primary device. It’s a little buggier than iOS 11.0.1.

The first iOS 11.1 beta doesn’t have much on board either. Apple could add new features in upcoming betas, but there’s no guarantee.

For now, most iPhone 6s users should avoid iOS 11.1 beta and stick to the official versions of iOS 11.

4 Reasons Not to Install iOS 11.4.1 & 8 Reasons You Should
Related Topics:AppleiOSiOS 11iOS 11.1iphoneiPhone 6sTechnology