The first iOS 11.1 beta doesn’t bring a long list of changes to the iPhone and iPad but there are still some reasons to consider giving the iOS 11.1 update a go right now.

The iOS 11.1 beta doesn’t have new emojis or Apple Pay Cash but it does have a few tweaks that might be of interest to you. If you do decide to install the iOS 11.1 beta on your device make sure you prepare. The software is plagued with bugs and performance problems.

This guide will take you through some tips that might come in handy before, and after, you install the pre-release version of iOS 11.1 on your phone or tablet.

This is a beta so remember to send in bug reports to Apple. This way, its engineers can improve the final version of iOS 11.1 for everyone. Sending feedback about the iOS 11.1 beta is extremely easy.

The beta comes with a Feedback Assistant app that lets you send in feedback on-the-go. It’s located on the second page of your home screen. It’s also available via the help menu of any app. Simply choose ‘Send Feedback’.

Don’t be shy about reporting bugs. Your feedback could prevent a nasty surprise from appearing in the final version of iOS 11.1.

If you’re running the iOS 11.1 beta on a device you rely on for work, school, or just daily life, you’ll want to dig into your most important apps and services immediately.

If you plan to stay on iOS 11.1 beta for the long haul you need to test all of the software you use on a daily basis. Your browser, your favorite music app, the email service you use at work, the list goes on.

If an important app doesn’t run well with iOS 11.1 beta on board, you probably want to drop down to an official version of iOS.

Apple will almost certainly release new iOS 11.1 beta software as we push toward the official release date, believed to be in late October. Make sure you keep an eye out for these updates.

New iOS 11.1 betas might deliver new features and tweaks and they’ll definitely bring bug fixes for beta issues. Be on the lookout for new beta releases around 10AM Pacific Monday-Friday.

If you store irreplaceable photos, video or other files on your device, make sure all of those files are present after you install the iOS 11.1 beta.

Most of your data should transfer properly. That said, we’ve heard some horror stories in the past, mainly from people who failed to backup their device prior to installing beta software.

If you backed up before you installed iOS 11.1 beta you should be good to go but it’s still important to comb through your files to make sure. The job doesn’t stop there though.

We highly recommend making regular backups of your device during your time on beta software, just to be safe. Once a day if you’re extremely paranoid, once a week if you aren’t.

Even if you take perfect care of your phone or tablet, you’re bound to run into an iOS 11.1 beta problem. Each beta will have its own collection of issues so you need to be prepared.

It’s important to have a list of bug fixes stored in your head or on your computer. Our list of fixes for the most common iOS 11.1 beta problems is a great resource to bookmark.

Don’t rely on Apple support to help you solve your problem(s).

Severe battery drain could strike your device at any moment. If you’re near a computer and a charger it won’t matter. But what if you aren’t?

Keep your battery charged close to 100% before leaving the house. And if you’re going on a lengthy journey in the car, plane, or train, we recommend using a battery case (if you have one) or bringing a battery bank (again, if you own one).

If you don’t already own a case, take a look at our guide to the best iPhone cases.

Keep an Eye on the Downgrade 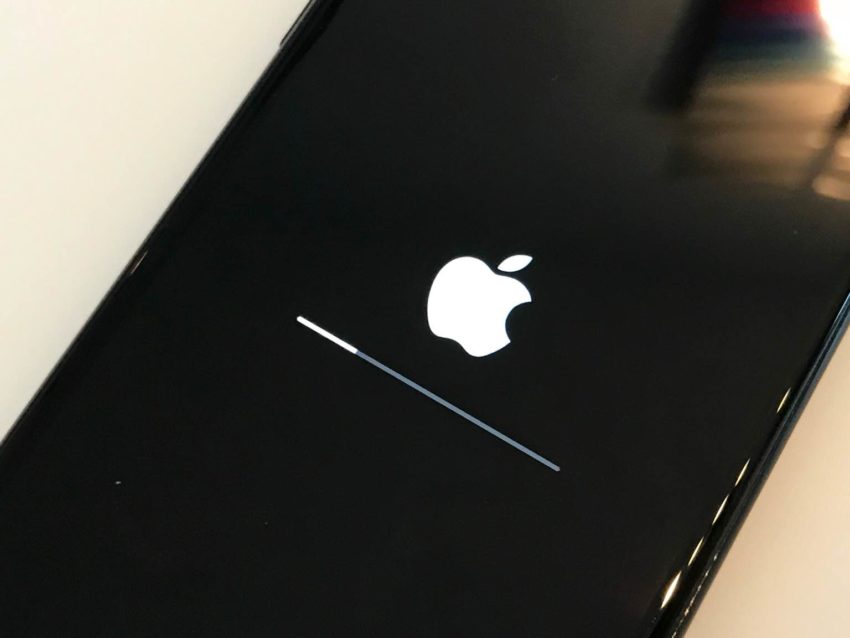 As of right now, you can downgrade to three official versions of iOS. Apple will, at some point, stop signing off on iOS 10.3.3 and iOS 11.0. Once it stops signing on those updates you will no longer be able to downgrade to them.

The company typically closes up downgrades one to two weeks after it releases a new update so we expect them to close up in the near future.

The iOS 11.0.1 downgrade will remain open as long as the update remains the most up-to-date version of iOS 11.

Jailbreak developers have reportedly cracked iOS 11 but don’t expect an imminent jailbreak for iOS 11 or the iOS 11.1 beta. That said, if you’re looking to jailbreak Apple’s new operating system, you’ll want to keep an ear to the ground just in case something does get released.

Once you’re on iOS 11.1 beta, make sure to dig into its changes.

The iOS 11.1 beta isn’t loaded up with new features but there are some changes you’ll want to be aware of. The change log is small but some of these tweaks might get you excited.

If this will be your first time upgrading to iOS 11, do take a look at our iOS 11 vs. iOS 10 walkthrough. It will take you step-by-step through the biggest, and smallest, changes in iOS 11 and iOS 11.1 beta.

4 Reasons Not to Install iOS 11.4.1 & 8 Reasons You Should
Related Topics:AppleiOSiOS 11iOS 11.1iOS 11.1 betaiPadiphoneTechnology