The Lenovo ThinkSmart Hub 500 could make connecting offices for important conference calls and managing presentations much easier for businesses in 2018.

The ThinkSmart Hub 500 is an all-new all-in-one solution for audio conferencing and managing meetings. Lenovo announced the new device at Microsoft Ignite, a conference that focuses on how the software that Microsoft makes and the hardware that its partners produce allow large companies to work more efficiently. It works with Office 365’s Skype for Business and Skype Room Systems, two services designed to make collaboration easier. ThinkSmart Hubs’ Windows 10 IoT Enterprise operating system a secure offshoot of the Windows 10. Like the ThinkSmart Hub 500 itself, Windows 10 IoT lets workers focus on the task at hand instead of managing yet another PC. Lenovo didn’t reveal the device’s price at the event. 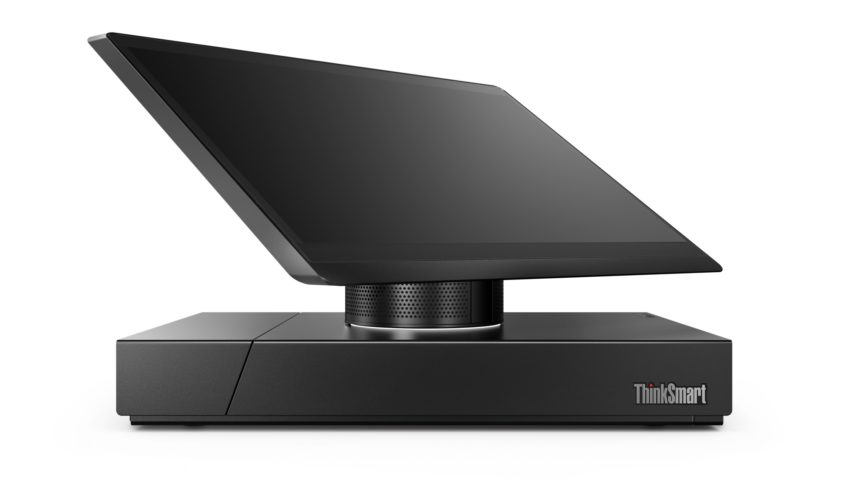 Read: Microsoft Office 365 for Business: What You Need to Know

The ThinkSmart Hub 500 is the only conference room system that companies need to collaborate wherever workers are. The device has an 11.6-inch touchscreen display that swivels in the direction of the meeting’s leader. This display rests on a stand that doubles as a 360-degree speaker, a 360-degree microphone and a call connectivity indicator. The device looks the same as the ThinkPad laptops, desktops and tablets that large businesses already issue to employees, so it blends into any office’s existing decor.

With the ThinkSmart Hub 500 at the center of any conference room, businesses could get back hours in productivity that their employees waste each week setting up for conference calls, video conferencing and collaboration sessions.