On August 23rd Samsung took the stage in New York City and showed the world what they’ve been working on — a replacement for the failed Galaxy Note 7. Samsung just officially entered the dual smartphone camera market with a capable new Galaxy Note 8.

Samsung took a moment to reassure consumers that its Note 8 is completely safe. They’ve integrated a new 8-point battery inspection process and added an independent panel that checks each device before release.

Following the event, Samsung immediately confirmed pre-orders begin tomorrow, August 24th, and an unlocked model is coming right away. If you’re interested in the Galaxy Note 8 read on for more details.

Here, in an effort to help those looking to get Samsung’s next big thing, we break down the now official Galaxy Note 8 release for the US and elsewhere. From pre-orders, color, pricing and so much more.

The bigger, faster, more capable Galaxy Note 8 can officially be yours on September 15th. This is a few weeks later than past Galaxy Note devices, but Samsung’s taking more time to get things right. Not to mention making sure they have enough inventory of the big new curved and bezel-free screen.

While countless leaks and rumors went back and forth on the release date, Samsung made it official today. The Galaxy Note 8 goes up for pre-order on August 24th from all carriers in the US and hits shelves around the globe on September 15th. And for the first time ever, an unlocked model is getting released at the same time. 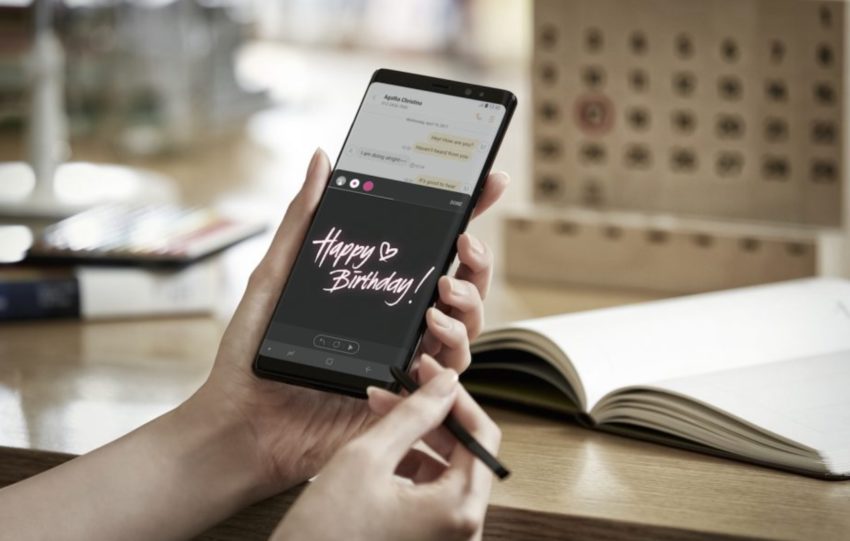 With major improvements across the board, two new cameras, and a big 6.3-inch edge-to-edge display that curves off the sides, we expected a slight delay to the release date. Samsung’s new screen is bigger than any Note before it and has extremely small black bezels around the screen. The result is a phone that looks like nothing but a giant screen. Samsung took the successful design of the S8 and made it bigger.

This time around Samsung is launching its phone with all of the features ready to go. Including the Bixby AI assistant, all the dual camera features are on board and more.

Samsung’s Galaxy Note 8 pre-orders officially begin on August 24th around the globe. Every major carrier in the US will have it available, and that includes an unlocked model from Samsung themselves.

You can pre-order in-store or online starting tomorrow, and in just a few weeks the phone will arrive. Head to places like Verizon, AT&T, T-Mobile, Sprint, Cricket, Walmart or Best Buy. We’ll update with links and pricing as soon as it’s available.

Those who pre-order get a choice between a free Samsung Gear 360 camera ($229.99 retail value) or a free Galaxy Foundation kit with a Samsung 128GB EVO+ memory card and Fast Wireless Charging Convertible ($189.98 retail value).

Where to Buy the Galaxy Note 8

As we said above, the Galaxy Note 8 will be available almost everywhere starting August 24th. That means you can see physically see and try it in select stores as well. Your best bet for pre-orders are Verizon, AT&T, T-Mobile, Sprint, Best Buy, Walmart and select other retailers will quickly follow. 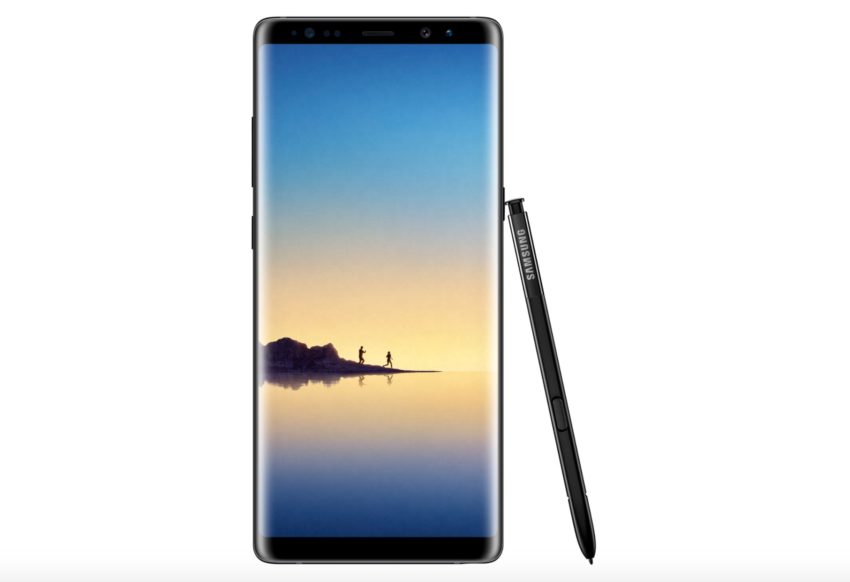 Samsung stated the company has double the inventory from past years, likely to fulfill orders from all the Note 7 refugees. So while we don’t expect inventory issues, we recommend getting a pre-order in right away just in case.

Sporting a big beautiful “Infinity display” and a sleek design, this could be Samsung’s best Note yet. Those interested will want to have all the details. Here’s the full spec sheet for those interested. The Note 8 is available in Midnight Black, Orchid Gray, Gold or Blue.

So far the Galaxy Note 8 sounds pretty impressive. However, the specs are almost the same as the Galaxy S8 and S8+ from earlier this year.

Two noteworthy additions are the dual cameras on the back and bigger screen. The Galaxy Note 8 is the first dual camera smartphone on the market where both cameras on the back have optical image stabilization. This means you’ll get great photos no matter what, even when you zoom in using the secondary telephoto lens.

We’ll update our thoughts once we get our hands on Samsung’s new Note.

As we said above, the Galaxy Note 8 comes in a choice of four different colors. Those being Midnight Black, Orchid Gray, Gold or a pretty new PC Blue. However, only Black and Gray are available for pre-order from US Carriers. We expect the other two as exclusives at some point, like the Blue model being sold exclusively at Best Buy. 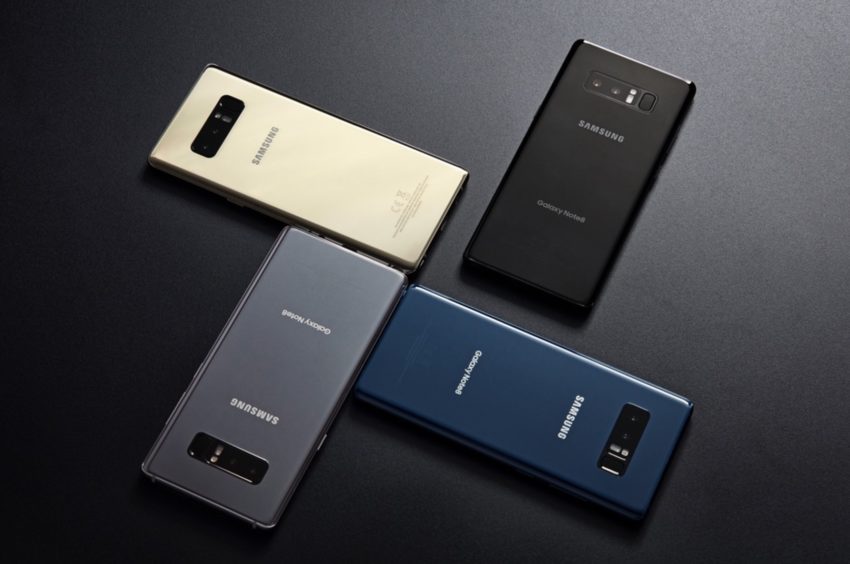 The announcement is still developing, and we’ll update as soon as we have more information on the price. Early reports and rumors suggest something around $1,000 making it the most expensive Samsung smartphone to date. However, carriers are offering it on monthly payment plans to help ease the pain. 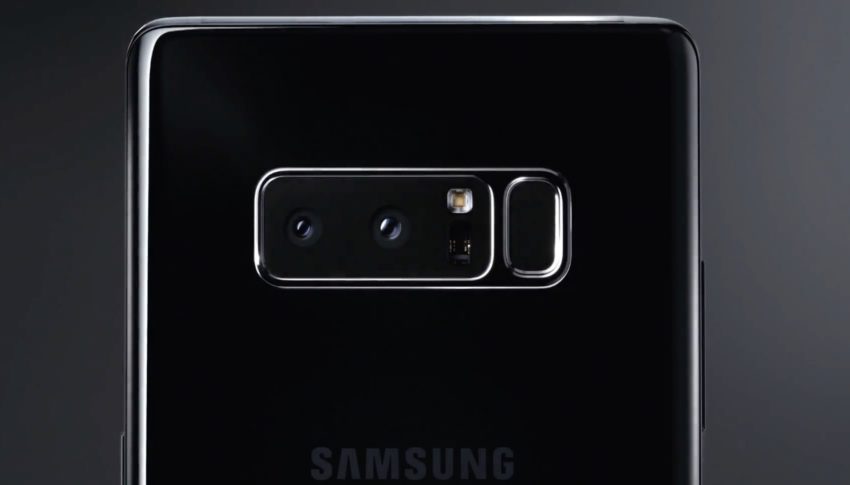 We’re expecting a price around $949, but we’ll update as soon as Samsung confirms the details themselves. Either way, this is one big, premium and expensive smartphone.