The 2017 MacBook Pro release date could arrive as early as next Monday after WWWDC 2017. Apple, Amazon and Best Buy all report limited stock of the 15-inch Macbook Pro with Touch Bar. This is traditionally an indication that a new MacBook is coming out very soon.

The most telling timeframe is the Apple Online Store lists delivery of the 15-inch MacBook Pro to June 5-th through June 8th. June 5th is when Apple will take the stage at WWDC 2017 to announce iOS 11, macOS 10.13 and potentially new MacBooks. Apple in-store pickup is limited at many locations with the first date for in-store pickup listed as June 8th.

This follows the traditional short delay between a new MacBook announcement and the arrival in stores and leads us to believe the 2017 MacBook Pro release date is June 8th in stores and June 5th online. The 13-inch MacBook Pro is not constrained in any way at this time. The rumors typically focused on the higher end 15-inch MacBook Pro 2017 update where pro users need more power and a newer processor.

Apple isn’t the only store with limited supplies. Amazon shows limited stock of some Touch Bar equipped 15-inch Macbooks, with delivery between June 5-7th. Best Buy isn’t as depleted, but if you look at in-store stock you will find that many locations show “Only a few left!” when comparing the 15-inch MacBook Pro with Touch Bar. 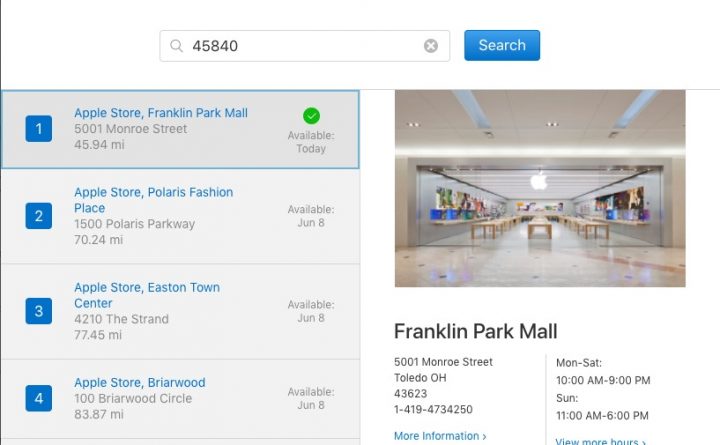 Combined with rumors of a quick 2017 MacBook Pro release date, this looks like we should see Apple take the first steps towards catering to professional users with a new Kaby Lake processor in the 15-inch MacBook Pro. It looks like we will not see this spec bump on the 13-inch model. It’s not uncommon for Apple to upgrade one size of a notebook while leaving another alone.

Apple already announced a 2017 Mac Pro and promised a new 2018 Mac Pro that will deliver more power to professional users. An upgraded 2017 MacBook Pro with a better processor could help keep professionals interested in the Mac ecosystem longer. It’s unclear if we will see a bump up to 32GB of RAM with this update.

Reports also indicate that Apple could announce a 2017 MacBook with a 12-inch screen and a 2017 Macbook Air at this event, but so far stock remains readily available. This doesn’t mean we won’t see these updates as there is definitely a market for the last generation devices after Apple announces a new notebook.