Revealed in May, Destiny 2 is the next major release of the online shooter from 2014. Destiny lets gamers create and customize their own Guardians and includes seamless multiplayer and co-operative play for missions.

Destiny 2 keeps the things that people liked about the original title and adds new features. It has a cinematic story that the previous game lacked. It also introduces new gear to collect, fresh subclasses for new characters and a bigger game world with more places to visit. 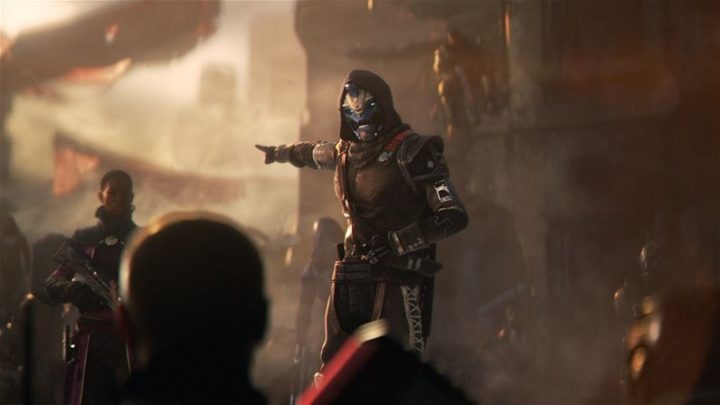 The Destiny 2 for PC release date is October 24th. Activision and developer Bungie confirmed this during the Electronic Entertainment Expo in June.

Console gamers get the title on September 6th which means Destiny 2 will hit the PC nearly two months after the game arrives on the Xbox One and PS4.

On PC, Destiny 2 will support 4K televisions. Its frame rate is not locked to 30 frames per second like the console versions. Character movement in the game is smoother because of this. Gamers will need a robust system to get those great looks and the highest frame rate possible.

The Destiny 2 for PC specs won’t be so high that gamers need to spend thousands of dollars on new hardware for their gaming PC, according to Bungie’s David Shaw. “You absolutely won’t have to buy the latest and greatest hardware to be able to play the game and have a fun, quality experience,” Shaw told PC Gamer.

The Destiny 2 for PC Beta requires at least an Intel Core i3-3250 or AMD FX-4350 processor with 6GB of RAM. Your PC should have an Intel GeForce GTX 660 graphics card with 2GB of RAM also.

These specs could change by the time Destiny 2 for PC launches in October.

The Destiny 2 for PC Beta release date is August 28th for anyone that pre-ordered a copy of the game or purchased a NVIDIA GTX graphics card recently. Bungie plans to open access to anyone that has a PC with Blizzard’s Battle.net software installed on August 29th.

The entire Destiny 2 for PC Beta ends on August 31st. That’s a very, very short window to test the game on your PC.

We don’t know what’s in the Destiny 2 for PC Beta though it could have The Crucible multiplayer. Bungie will want to test the game’s multiplayer systems before launch. It should have the character creator too.

Gamers will need to create a character instead of importing an existing Guardian since this is the franchise’s first PC launch. We don’t know how long that exclusive access will last.

The Destiny 2 Standard Edition costs $59.99. This is the only version available for pre-order at retail stores now.

PC buyers get the game and access to two big DLC updates after launch with the $89.99 Destiny 2 for PC Game + Expansion Pass Bundle.

Destiny 2 Limited Edition includes the game, the expansion pass, a SteelBook case, a Cabal Empire book of secrets, a Cabal Schematic, postcard images, and Cabal Military Pawns. The Cabal are the game’s enemies. Gamers get the emblem, emote and sword from the Digital Deluxe Edition of the game too. Destiny 2 for PC Limited Edition cost $99.99. It’s only available at GameStop. 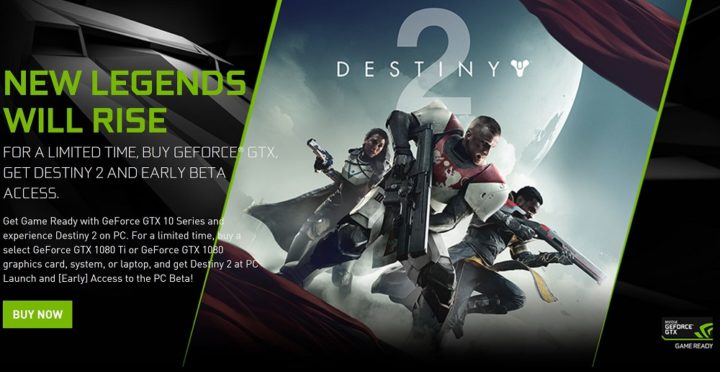 Best Buy and NVIDIA both have Destiny 2 deals available. GameStop and Toys R Us may also have some savings closer to release.

Buying the NVIDIA GeForce GTX 1080TI or GeForce GTX 1080 graphics card gets gamers early access to the game’s beta and a free copy of the game. This deal is available at NVIDIA.com until June 27th.

When We’ll Learn More About Destiny 2 for PC

Expect to learn a lot more about the Destiny 2 for PC release before the game’s beta this August. Bungie and Activision will have more videos of the game’s mechanics and visuals by then.

4 Reasons Not to Pre-Order Destiny 2 & 4 Reasons You Should
Related Topics:ActivisionBungieDestiny 2Destiny 2 for PCTechnology